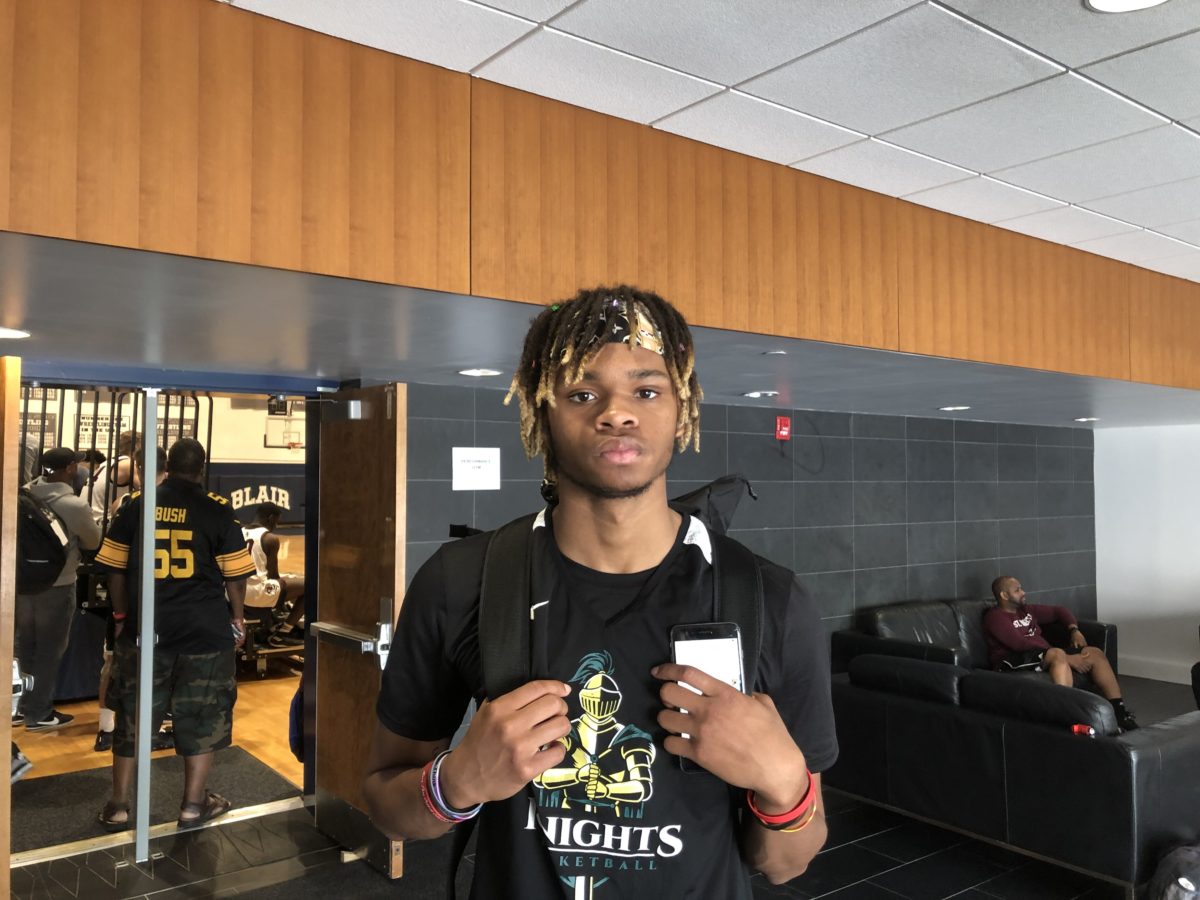 By ADAM ZAGORIA BLAIRSTOWN, N.J. — D.J. Gordon, the 6-foot-6, 175-pound shooting guard from First Love Christian Academy and Team Final, drew several high-major coaches over the weekend at Blair Academy. Pittsburgh head coach Jeff Capel and assistants from Georgia Tech, , Providence and Rutgers were among those on hand to watch him Saturday. Auburn’s Bruce Pearl and Georgia’s Tom Crean are expected to see Gordon this coming weekend at The Hun School (N.J.). “Pitt’s making a move,” Gordon said. “I talk to Pitt like twice a week. They’re just family. I live five minutes from campus, born and raised.” Gordon feels Cincinnati is also prioritzing him. “I know Cincinnati’s making a push,” he said. “They haven’t offered yet, but they plan on getting me on campus. I plan on taking an unofficial sometime. They want me to be a pro. They want to develop me into a pro and they feel I can be one of the best scoring wings around the country.” Gordon also listed Georgia Tech, Illinois, Providence, DePaul and VCU among those involved. He said he wants to visit Georgia Tech, Illinois, Pitt and VCU. As for VCU, he said, “I talk to coach [J.D.] Byers a lot and he just wants me to come down for a visit and see how the campus is and get a feel for the coaching staff and just get used to it.” Illinois assistant Orlando Antigua was on hand. “Illinois is almost like family,” Gordon said. “Coach Antigua went to college with my mom so my family got a nice connection with them.” Georgia Tech assistant Eric Reveno also watched Gordon. “They want to develop me into a pro, come in right away and be a scorer,” he said. “Be a guy that’s a go-to go.” Wherever he goes, he plans to be versatile. “I can shoot, I can put the ball on the floor and I can defend,” he said. Follow Adam Zagoria on Twitter And Like ZAGS on Facebook