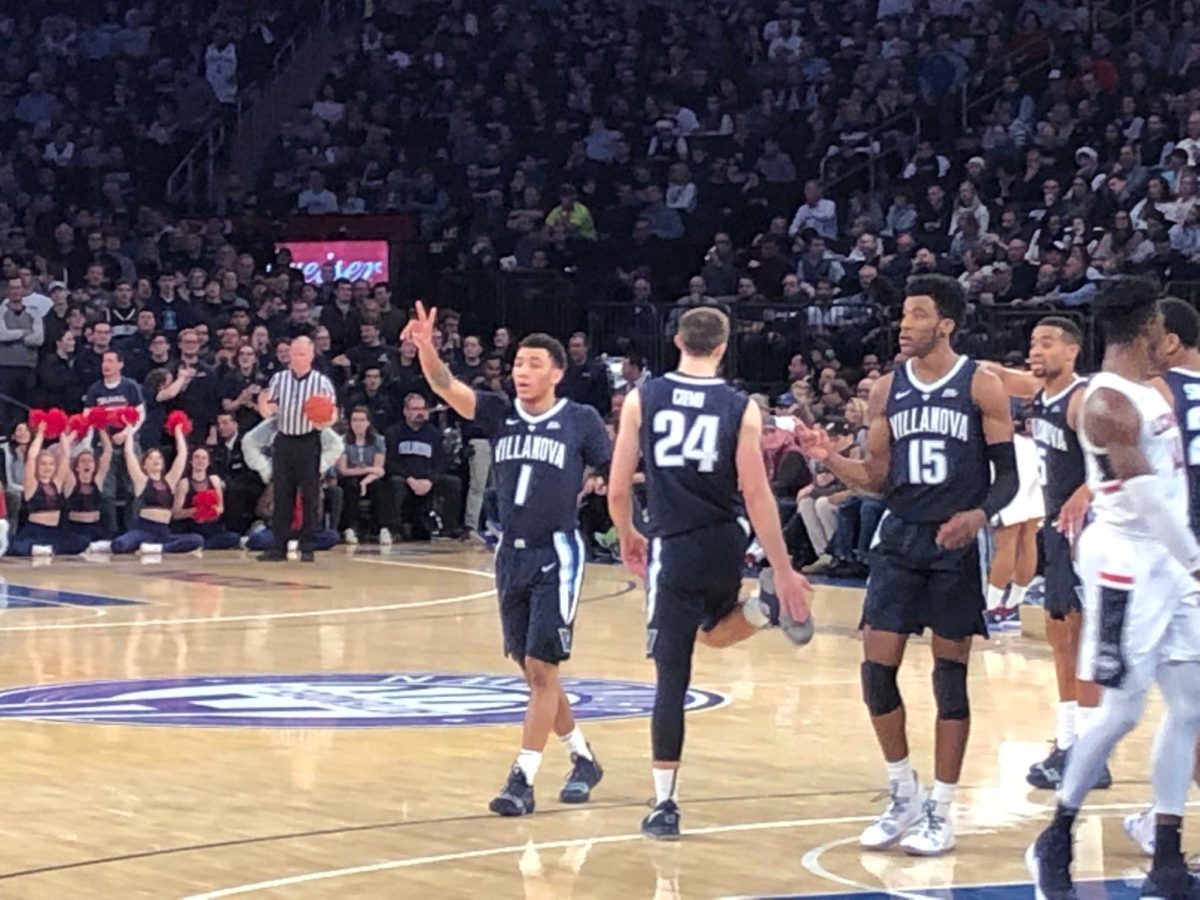 By ADAM ZAGORIA Jahvon Quinerly will get a fresh start with a ew team in a new league. Quinerly, who announced his intentions to transfer from Villanova in April, committed to Alabama on Sunday. He also considered Arkansas, Pittsburgh Georgia and visited Alabama and Pitt. Quinerly, 20, must sit the 2019-20 season per NCAA transfer rules and will then have three years of eligibility remaining beginning in the 2020-21 season. He is expected to apply for a waiver, per sources, but that will be up to the NCAA to determine.

Jahvon Quinerly shares about why he chose Alabama @RealJahvonQ pic.twitter.com/pVu3P1gLXY

“ is a dynamic guard that plays best in the open floor. He’s a perfect fit with the way we play,” Alabama coach Nate Oats said. “He’s a playmaker that makes plays for both himself and his teammates. He makes everyone around him better. I’ve thoroughly enjoyed getting to know him and his family throughout this recruiting process. He comes from a great close-knit family and is the type of high-character individual we’re looking to bring into our program here.”

A McDonald’s All-American coming out of Hudson Catholic High School in Jersey City, Quinerly struggled to adjust to Villanova’s system, especially defensively. He saw mostly limited playing time, and after a loss to Big 5-rival Penn earlier this year, he posted on Instagram that Villanova was his second choice “for a reason.” Quinerly had initially committed to Arizona. Quinerly later apologized for the Instagram post and said he had learned from it.

“Even after the Instagram post it was a big mistake on my end,” Quinerly said. “Just keep getting better day by day. Even with what’s going on just keep grinding at it.” Quinerly appeared in 25 games for the Wildcats in 2018-19. He averaged 9.1 minutes and 3.2 points per game for a Villanova team that posted a 26-10 record on its way to the Big East regular season and tournament championships. In an 81-58 victory over Connecticut on Dec. 22, he registered a seasonhigh 10 points along with four assists in 25 minutes of action. Follow Adam Zagoria on Twitter And Like ZAGS on Facebook