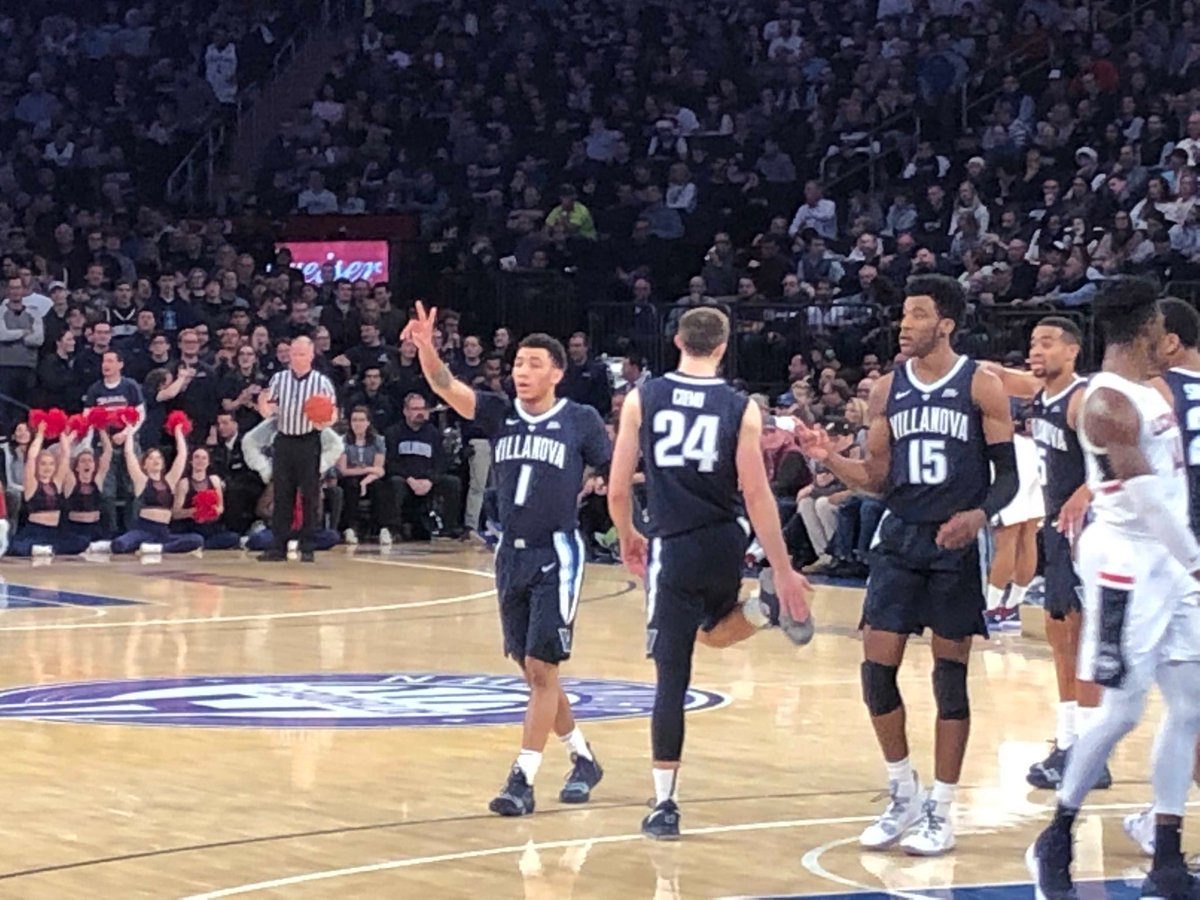 By ADAM ZAGORIA Villanova freshman guard Jahvon Quinerly will transfer and will place his name into the NCAA Transfer portal later this week, the school announced. Pittsburgh is expected to be heavily in the mix for Quinerly, sources said. “We had a very candid meeting and Jahvon has decided to transfer to another program,” said Villanova head coach Jay Wright. “We’ll miss Jahvon. He’s been an outstanding teammate and was an integral part of our success last season. We wish him the best as he approaches the next step in his basketball career.” Quinerly, a highly touted prospect coming out of Hudson Catholic High School in Jersey City, struggled to adjust to Villanova’s system, especially defensively. He saw mostly limited playing time, and after a loss to Big 5-rival Penn earlier this year, he posted on Instagram that Villanova was his second choice “for a reason.” Quinerly had initially committed to Arizona, but changed course after the Arizona assistant who recruited him, Book Richardson, was arrested during the FBI investigation into bribery in college basketball in September 2017. Quinerly later apologized for the Instagram post and said he had learned from it. “Even after the Instagram post it was a big mistake on my end,” Quinerly said. “Just keep getting better day by day. Even with what’s going on just keep grinding at it.” A 2018 McDonald’s All-American at Hudson Catholic, Quinerly appeared in 25 games for the Wildcats in 2018-19. He averaged 9.1 minutes and 3.2 points per game for a Villanova team that posted a 26-10 record on its way to the Big East regular season and tournament championships. In an 81-58 victory over Connecticut on Dec. 22, he registered a season high 10 points along with four assists in 25 minutes of action. After winning two NCAA titles in three seasons, Villanova is now able to recruit at the highest levels. Their four-man recruiting class for 2019 is ranked No. 3 nationally by the recruiting site 247Sports.com. Villanova hasn’t had a one-and-done player during Wright’s tenure, but that could change in the coming years. Bryan Antoine, a 6-foot-4 guard from the Ranney School in Tinton Falls, N.J., who has signed with Villanova, is a projected lottery pick in the 2020 NBA Draft, according to ESPN.com. Before then, Wright is expected to enter the Naismith Hall of Fame. He is one of only two active coaches on the ballot this season, along with West Virginia coach Bob Huggins. Follow Adam Zagoria on Twitter And like ZAGS on Facebook