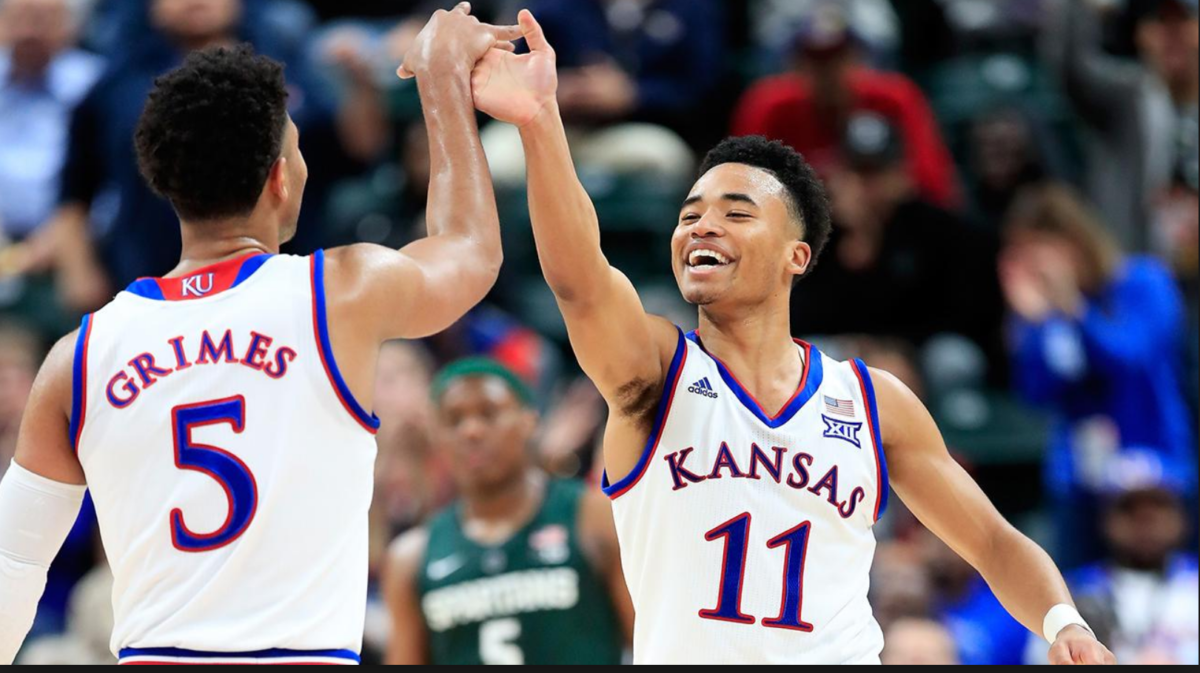 By ADAM ZAGORIA Kansas got some mixed news on Wednesday. Guard Devon Dotson is withdrawing from the NBA Draft and will return to campus, while fellow backcourt-mate Quentin Grimes will transfer. Grimes must sit a year per NCAA transfer regulations. “We’ve all enjoyed coaching Quentin this past year and certainly efforts,” Kansas coach Bill Self said. “We initially anticipated him staying in the draft but he and his family decided to return to college but not return to the University of Kansas. We totally support and respect Quentin and his decision the very best moving forward. We believe Quentin will have a long professional basketball career and look forward to watching his development.” Dotson, meantime, announced his plans via Twitter. “Devon called me about 7 p.m. this evening to confirm he was withdrawing from the NBA Draft and will be returning to KU,” Self said. “The process did what it was supposed to do, which allows players to participate, be seen and receive feedback. After visiting with his family multiple times, Devon came to the conclusion that it was in his best interest to return to school. We feel like we have a very high draft pick in next year’s draft returning as our point guard.”

Dotson averaged 12.3 points, 3.7 rebounds and 3.5 assists, while Grimes averaged 8.4 points and 2.5 rebounds. Had Kansas gotten both guards back along with frontcourt players Silvio de Sousa and Udoka Azubuike, they could have been a Final Four-type team. Instead, it’s been a mixed bag for Kansas in recent weeks, as they’ve now lost Grimes and also missed out on five-star recruits Precious Achiuwa (Memphis) and R.J. Hampton (Australia) recently. Kansas adds a three-man class of point guard Isaac McBride, shooting guard Christian Braun and small forward Tristan . Photo: Sports Illustrated Follow Adam Zagoria on Twitter And like ZAGS on Facebook