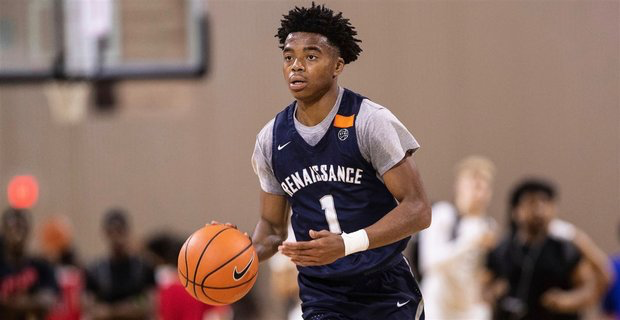 By ADAM ZAGORIA Jalen Lecque will effectively jump from the preps to the pros. The 6-foot-4, 190-pound guard from New York announced Wednesday that he will remain in the NBA Draft despite signing a National Letter of Intent with N.C. State. Lecque, who spent last year as a post-graduate at Brewster (N.H.) will follow in the footsteps of Anfernee Simons and Thon Maker, players who entered the NBA Draft in recent years after playing a postgrad year in high school. Lecque is not currently projected to be drafted by ESPN.com.

Maker was the No. 10 pick in 2016 and has had a solid, if unspectacular, career with the Bucks. Simons was the No. 24 pick in 2018 and has played sparingly for the Portland Trail Blazers. ESPN draft analyst Jonathan Givony saw Lecque in November at the National Prep Showcase in New Haven. “He showed the positives and the negatives,” Givony said then. “He’s one of the most athletic players you’ll find in the world outside the NBA and I think he showed that his feel for the game has improved. “He’s a better passer now, but he also showed that there are a lot of things that he needs to work on. He needs to play a lot harder on defense. His jump shot is a long away…I think the NBA will keep watching him as the season moves along and try to figure out exactly where he fits into this draft if he does decide to declare.”

Meantime, N.C. did get point guard Markell Johnson back after he withdrew from the draft. Head coach Kevin Keatts was one of several coaches who said the process was complicated because they weren’t sure who would be on their rosters next season. “And I’m excited for both of those guys, excited that they to go through [the draft process], but it doesn’t make it any easier on me trying to figure out what our roster is,” he told me for Forbes SportsMoney. “Obviously, when it’s late it’s hard to go out there and find guys who are as good as they are. You’re talking about a guy who could be a senior and a guy who’s a top-30 player in the country so right now you’re scrambling, you’ve got to keep your eyes and ears open for any possible fifth-year guys. As far as the 2019 class, most of the guys who can come in and make an impact are already off the board.” Follow Adam Zagoria on Twitter And Like ZAGS on Facebook