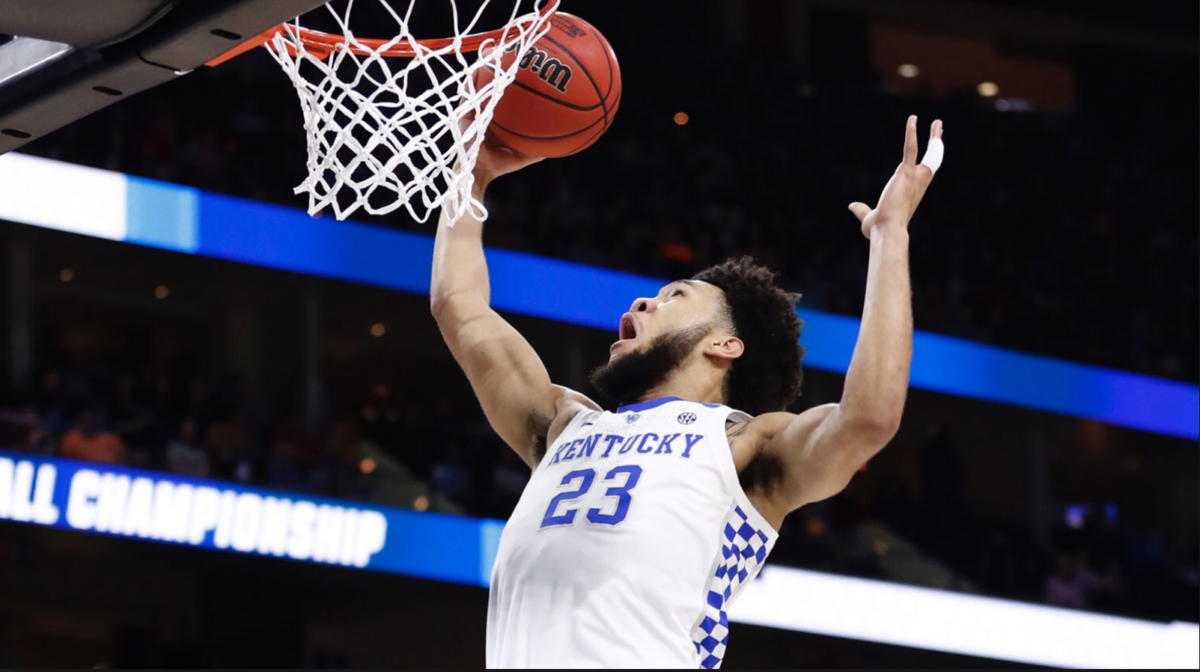 By ADAM ZAGORIA Freshman forward E.J. Montgomery will return to Kentucky for his sophomore season, as first reported by ESPN’s Adrian Wojnarowski. “Big Blue Nation, I just want to say thanks for all you’ve done for me and my family,” Montgomery said. “I enjoyed putting on a Kentucky uniform with my brothers and playing in front of the best fans in the nation. I appreciate your support for me and my teammates this season. I want to say thanks for Coach Cal, Coach KP, Coach Joel, Coach Robic and Coach Barbee for pushing me every single day to be the best I can be on and off the court. I got to compete against the best of the best every day in practice. We had a good season on the court because of our love for the grind. I’m proud of what we accomplished together. “BBN, I’m back. Year two.”

The 6-foot-10 Montgomery averaged 3.8 points and 4.1 rebounds as a freshman but his numbers could go up this season with the losses of P.J. Washington, Reid Travis, Keldon Johnson Tyler Herro. Kentucky now has at least three frontcourt players with Montgomery, junior Nick Richards and Bucknell transfer Nate Sestina. Kentucky coach John Calipari should have one of his strongest teams at the school, with those players plus returning guards Ashton Hagans and Immanuel Quickley and and the No. 2 ranked signing class (which includes guard Dontaie Allen, forward Keion Brooks, walk-on forward Brennan Canada, guard Johnny Juzang, guard Tyrese Maxey and forward Kahlil Whitney). “When EJ and his family set out to go through this NBA Draft process, I told EJ he had my full support no matter what he decided,” Calipari said. “I know this was a tough decision for EJ and his family because of the positive feedback he received throughout this process. EJ improved so much during the season and I know how much he wants to fans what he can do with another year. “I’m thrilled to be able to continue to coach EJ. He has a special and he’s only begun to scratch the surface of his potential. EJ knows how hard this is going to be, and I know he’s ready to embrace the grind and do everything he can for this team while continuing to develop into the best version of himself.” Photo: UK Athletics Follow Adam Zagoria on Twitter And like ZAGS on Facebook