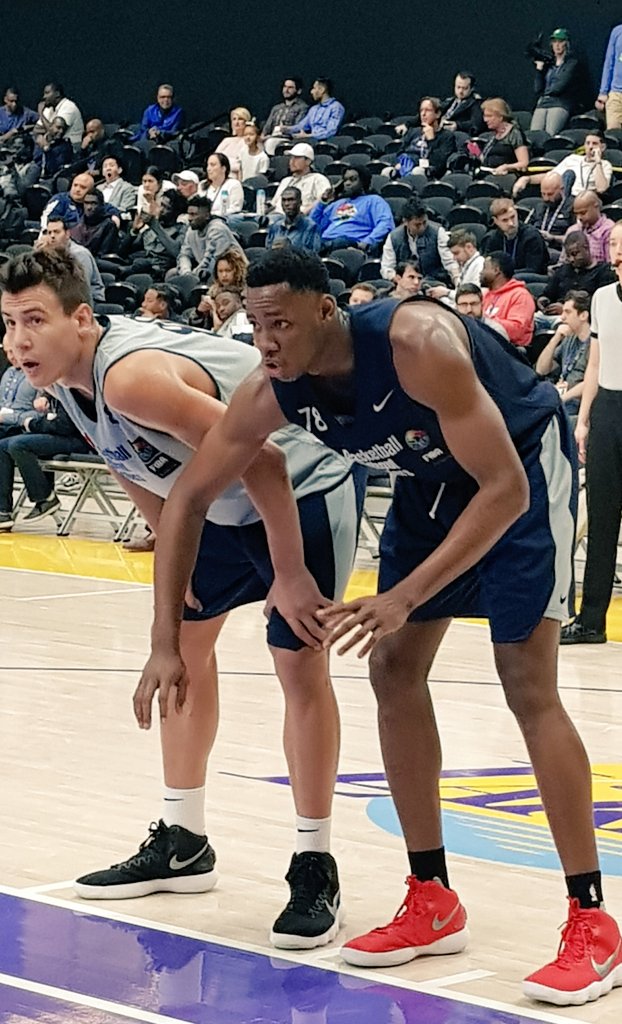 Western Kentucky freshman center Charles Bassey officially withdrew from the NBA Draft on Wednesday night and will return to school for his , according to a school release. Bassey declared for the draft without signing with an agent in receive while retaining his NCAA eligibility and to return to school. He was the projected No. 56 pick per ESPN.com. The 6-foot-11, 245-pound native of Lagos, Nigeria, averaged 14.6 points, 10 rebounds, and 2.4 blocks in his first season for the Hilltoppers while shooting 62.7 percent from the field. He led Conference USA in double-doubles (17) and ranked in the top 30 nationally in double-doubles, field-goal percentage, blocks per game, total blocks, rebounds per game, defensive rebounds per game and total rebounds while competing as one of the top-10 youngest players in the country. He became just the second freshmen in the country since 1992 – along with current NBA star Anthony Davis – to average at least 14 points, 10 rebounds and two blocks while shooting at least 60 percent overall. Bassey was named a Freshman All-American and was 1 of 5 national finalists – including the only freshman – for the Kareem Abdul-Jabbar Center of the Year Award. He became player in Conference USA history to win both C-USA Freshman Year and Defensive Player of the Year in the same season, and he named to the All-C-USA First Team, All-Freshman Team and All-Defensive Team. (Release via WKU) Follow Adam Zagoria on Twitter And like ZAGS on Facebook