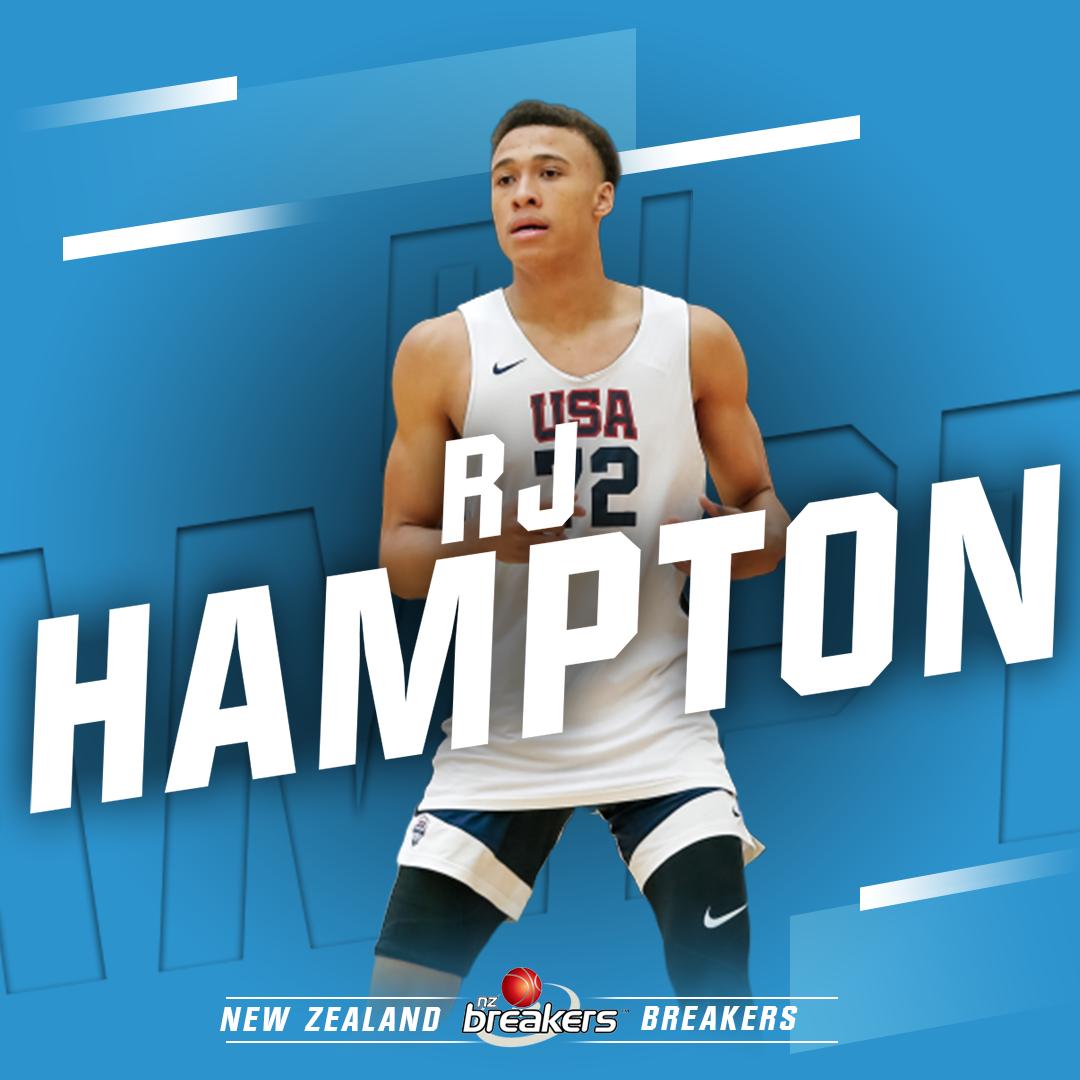 By: RYAN McMULLEN R.J. Hampton won’t be going to college in the U.S. Instead, he’ll be playing overseas. The 6-foot-5 Hampton announced Tuesday on ESPN that he had signed to play with the New Zealand Breakers of Australia’s NBL. Hampton was being recruited by Kansas, Memphis, and Texas Tech, and previously by Duke and Kentucky. “Next year I will be going overseas to play in the Australian Basketball League with the New Zealand Breakers,” he said on ESPN. “My dream has never been to play college basketball. My dream has always been to get to the next level and play in the NBA so I think this is the best route for me to live like a pro and play with grown men every day and not kind of have to juggle books and basketball, just focus on my game.” Hampton is the projected No. 6 pick in the NBA Draft, per ESPN.com.

RJ Hampton signed his New Zealand contract a month ago but couldn’t tell anyone. So he let them guess ? pic.twitter.com/7pfrikWrfg

Hampton’s father, Rod Hampton, spoke with 247Sports regarding his son’s decision. “The decision to play in New Zealand is intended to prepare him for the NBA,” he said. “It’s never been a dream of his to play college basketball, it’s been a dream of his to use college basketball as a vehicle to get to the NBA. … He’s playing against grown men. He’s learning how to practice like a and learning how to do everything like a pro and I just think those options outweigh going to college.”

Most likely to announce this week he’s playing 2019-20 in Australia ?

NBA t Luka Doncic was a notable example of how playing professionally prior to the NBA prepares exceptionally well. He played for Real Madrid in Spain before entering the NBA. This past season, Doncic averaged 21.2 points, 7.8 rebounds, and 6.0 assists for the Mavericks. According to 247Sports, Hampton is ranked No. 5 nationally and is the No. 2 combo guard. **Is LaMelo Ball next to Australia? Read more on Forbes Sports Money. Follow Ryan on Twitter Follow Adam Zagoria on Twitter And like ZAGS on Facebook