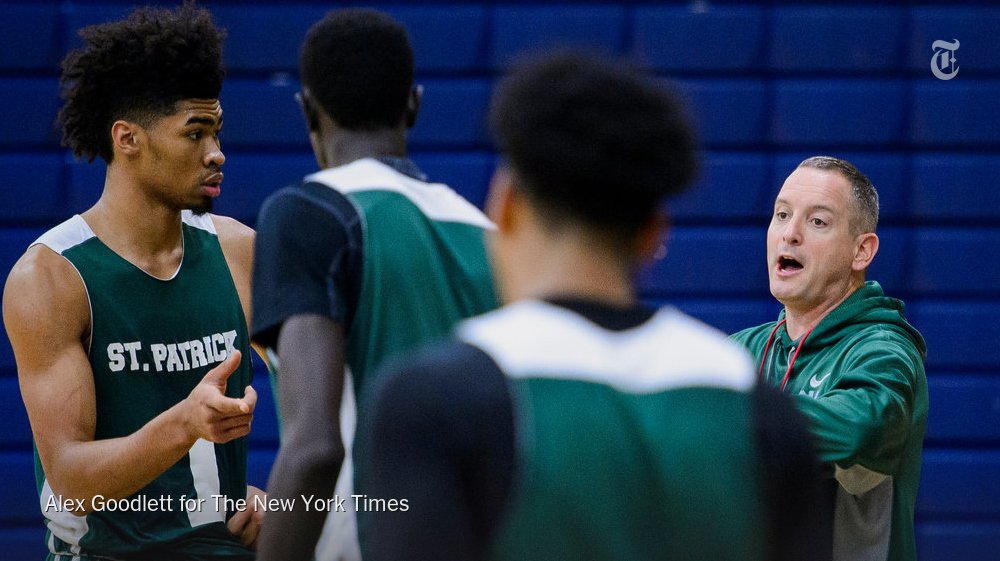 By ADAM ZAGORIA Mike Rice will be back on the sidelines coaching high-level basketball in New Jersey next season. The former Rutgers and Patrick School head coach has signed on to become the first coach at the fledgling Princeton Arts & Sports Academy (PASA) in West Windsor Township, N.J.. The first-year programs hopes to eventually challenge national powers Montverde Academy (FL), Oak Hill Academy (VA) and Findlay Prep (NV) for national championships. “I took this job because it’s an exciting opportunity for me to kind of build and develop this program to new heights,” Rice, 50, said Friday by phone before boarding a flight for Kansas City, where he will coaching Team Rio on the Under Armour AAU circuit. “Everyone certainly knows the Patrick School in the Northeast and I’m looking forward to making this a national program in line with Montverde and IMG-type schools.”

Rice said PASA will feature multiple teams and will draw players from the New York/New Jersey area as well as nationally and internationally. Several high-level prospects have already verbally committed to the program, but weren’t able to publicly comment yet.

They have a nice gym at the Princeton Academy. Sources said Nike may be involved as a sponsor of all the teams. pic.twitter.com/PtqdBoP7YV

Rice plans to play a national schedule and hopes to compete against the nation’s top high school teams. Earlier this month, IMG Academy beat La Lumiere (IN) in the GEICO Nationals to win its first national championship at Christ the King High School in Queens, N.Y. “We’re going to have a heck of a roster,” Rice said. “I think we’re going to be very competitive from Day One and we’ll look forward to coaching a lot of highly talented individuals.” Rice was fired at Rutgers for 2013 for verbally and physically abusing his players, but has rehabilitated his image in recent years by working and coaching at the Hoop Group and with Team Rio, as I wrote in this 2016 New York Times piece During the 2016-17 high school season, Rice and Chris Chavannes co-coached the Patrick School to the New Jersey Tournament of Champions title. That team featured multiple high-major Division 1 players, including current Kentucky big man Nick Richards. Chavannes, who continues to coach at The Patrick School, helped launch PASA with Chinese businessman Jack Li, who reportedly spent spent more than $20 million in 2014 setting up the Sino-US Science, Culture and Sports Association (SUSCS) at this same site. Li and Chavannes are working closely with several people, including Martin Whitfield, a Plainfield, N.J. native and former player at the University of Texas-San Antonio. The main building that will house the new Academy is separated into two areas: half is the Wilberforce School, a K-12 Christian education school with fully-equipped conference rooms and a large multimedia room; the other half is the Windsor Athletic club, with an indoor swimming pool, a basketball court and gyms. There are also three large tennis bubbles on the grounds that could be used for indoor training for various sports in cold weather. It will be a fully acredited school and basketball academy for boys and girls in grades 9-12 and postgraduate students. The basketball program will be an affiliated member of the New Jersey State Interscholastic Athletic Association (NJSIAA), the way Blair Academy and St. Benedict’s Prep are. Tuition for the school has not yet been announced but it’s expected to be in the mid-five-figure range similar to other elite New Jersey private schools. The top basketball players would likely receive scholarships. The school sits on 54 acres and if they purchase nearby land it could be expanded to 80 acres. It is expected to have about 75 students when it opens this September, and could eventually house approximately 300 as dormitories are built nearby. The school is near public transportation and is only 7 miles from Princeton University.

They also have a Junior Olympic pool here at the Princeton Academy. pic.twitter.com/RLUHLOw9eL

Dave Lipman, who is on the Board of Directors at The Patrick School and is working with PASA, said earlier this year his hope is that it could one day become New Jersey’s version of IMG Academy, which sits on 450 acres in Bradenton, Fla. and is a nationally respected brand. “IMG began as a tennis camp run by Nick Bollettieri. It then grew and has changed ownership four times,” Lipman said. “They now have eight sports on 550 acres in Florida. It has 1,000 student-athletes, half of them are from overseas. They are now owned by the William Morris Agency, they’re for-profit, because not only do they develop the stars of the future, they handle their contracts and endorsements and everything else. “So it’s become a big business. I think over the next 5-10 years, the way we look at basketball at all levels is going to change and we hope to be at the forefront of that change.” Photo: The New York Times Follow Adam Zagoria on Twitter And Like ZAGS on Facebook