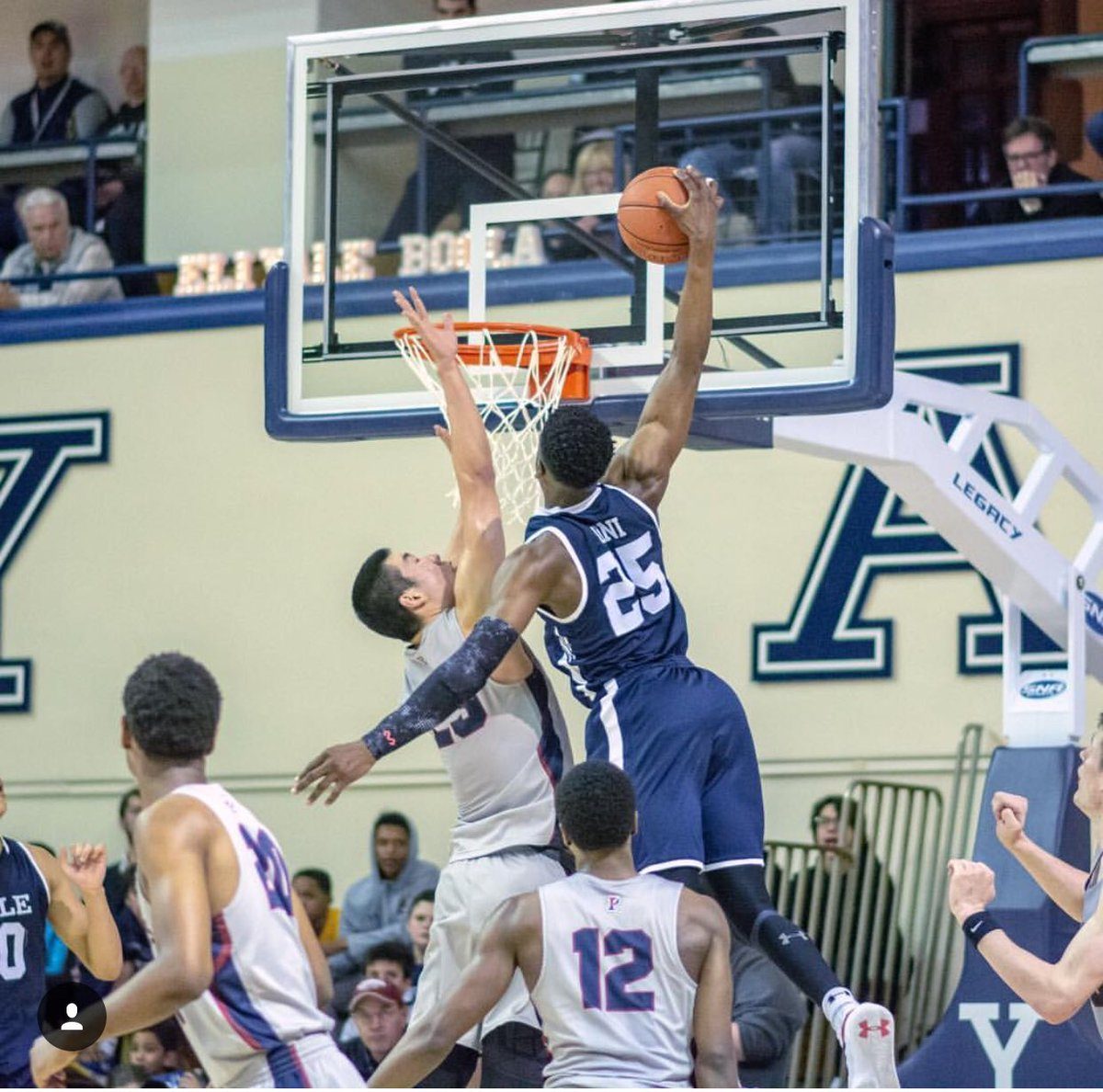 By ADAM ZAGORIA NEW YORK — Miye Oni’s college career could end sometime in the next month or six weeks if he opts to declare for the NBA Draft after his junior season. There are some in the Ivy League who would love for that to happen. “Yeah, I hope he gets drafted now and leaves for next year, it would be great” Columbia coach Jimmy Engles cracked after the 6-foot-6 Oni went for 20 points on 7-of-17 shooting with 5 rebounds and 5 blocks as Yale downed the Lions, 70-64, at Levien Gym to improve to 16-4, 6-1 in the Ivy League. Oni is currently projected as the No. 50 pick in the NBA Draft, according to ESPN.com. Scouts from the Warriors, Cavaliers, Pistons and Bucks were in attendance Friday night, and one NBA executive said he was surprised that all 30 NBA teams weren’t in attendance because there were very few other college games going on. “NBA people think Oni has a chance if he stays one more year and plays the point position full time,” the executive said.

The Ivy League hasn’t had a player drafted since Jerome Allen out of Penn in 1995, so Oni could well be the first Ivy League player drafted since then — either in 2019 or 2020. “He’s a special player,” Engles said. “He’s got a lot of ability on both sides of the ball. Obviously, he was a focal point for us coming into the game. But great players like that can have an effect on both ends and I thought he did. He affected some shots even though he scored his average. He’s a tough matchup for anybody in the league.” Oni threw down a couple of dunks, including one after taking the ball coast-to-coast off a defensive stop, but was perhaps most impressive defensively. Among his five blocks was one on the perimeter of Columbia guard Jake Killingsworth with Yale clinging to a 64-62 lead. Oni then hit a layup to extend the lead to 66-62. “I definitely take pride [in my defense],” Oni said. “I just try to contest every shot that I can and play solid defense. I try not to leave my feet too much but when I see an opportunity to get a block, I take that. I feel like our defense really gets us going and helps us get out in transition.” Despite his NBA projections, Oni is focused on the remainder of this season and trying to lead the Bulldogs back to the Big Dance for the first time since 2016. “We feel like every game going forward is a very winnable game for us,” Oni said. “If we play hard and play the right way, we should win every game going forward so we’re just taking it one game at a time and trying to get a win every time we step on the floor no matter who the opponent. And that get ready for the [Ivy League] Tournament after the league season is over.” Yale is curently projected as a No. 13 seed in the Big Dance according to ESPN.com. If they can win two games on their home court during the Ivy League Tournament March 16-17, Oni will get to display his skills in the NCAA Tournament. Yale coach James Jones said he was “very happy” when he learned the conference tournament would be at Yale. “Having it in our own house, it speaks to the gymnasium that we play in,” he said. “It’s a wonderful facility and everybody’s going to get a chance to see it and it’s going to be spotlighted. And that going forward just helps our program and helps our brand.” Having Oni around for another season before potentially getting drafted in 2020 would help Yale’s brand, too. Photo: Yale Basketball Follow Adam Zagoria on Twitter And Like ZAGS on Facebook