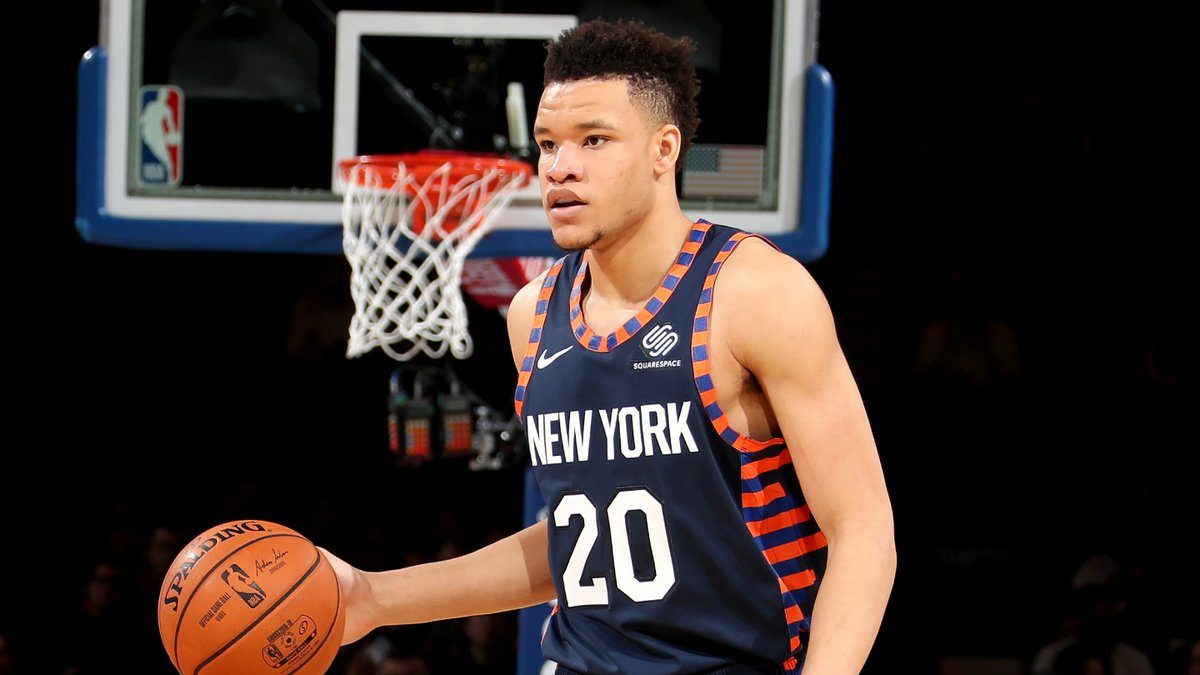 By ADAM ZAGORIA With the addition of Knicks rookie Kevin Knox, Kentucky now has three alums in the Rising Stars Challenge at the NBA All-Star Game. Knox, averaging 12.5 points and 4.2 rebounds, replaces Lakers guard Lonzo Ball in the game.

He joins Kings guard De’Aaron Fox on the U.S. roster, and Shai Gilgeous-Alexander on the World roster. Duke and Arizona each have two players in the game. The main NBA All-Star Game features two Kentucky guys in Anthony Davis and Karl-Anthony Towns, and one Duke guy in Kyrie Irving.

Among other Kentucky alums, Devin Booker will try to defend his 2018 championship in the 3-Point Contest, Hamidou Diallo is in the Slam Dunk Contest and De’Aaron Fox will compete in the Skill Challenge.

Rosters for the US vs. the World Game at the NBA All-Star Game. pic.twitter.com/0BFAGTkpNz

Frustrated KD: 'I have nothing to do with the Knicks...I just want to play basketball'