Frustrated KD: 'I have nothing to do with the Knicks...I just want to play basketball' | Zagsblog
Follow @adamzagoria

Frustrated KD: ‘I have nothing to do with the Knicks…I just want to play basketball’ 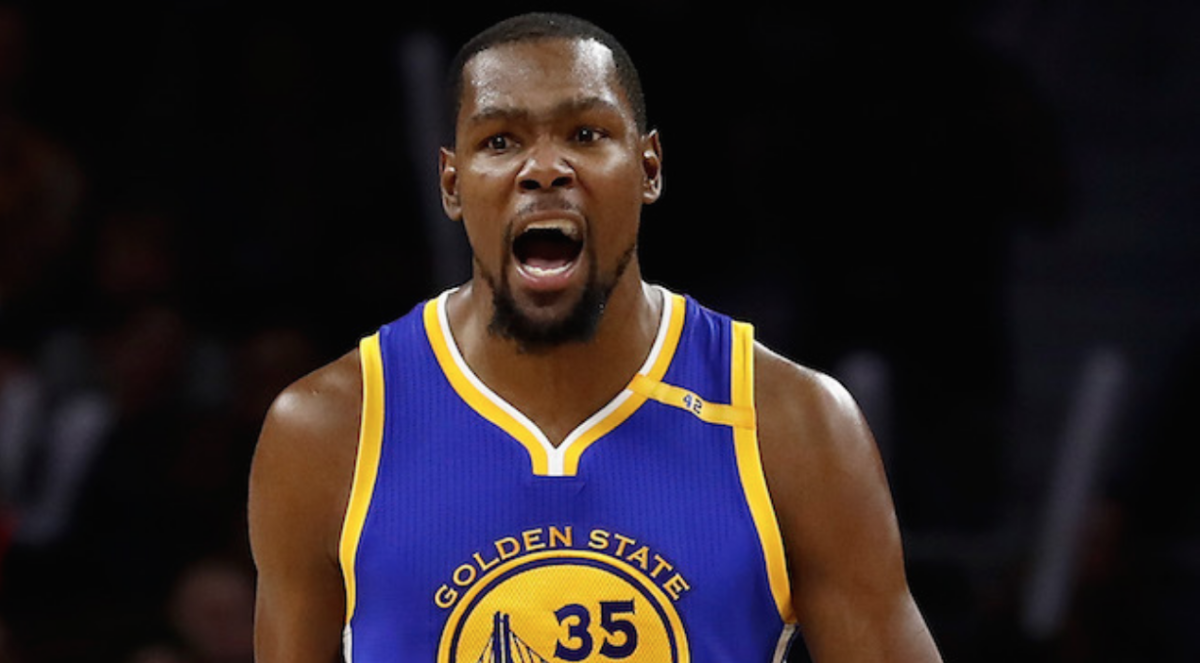 By ADAM ZAGORIA A frustrated Kevin Durant let loose on reporters for continually asking him about his impending free agency, saying, “I have nothing to do with the Knicks…I just want to play basketball.” The Knicks last week unloaded Kristaps Porzingis and several other players and now have nearly $75 million in cap space to pursue Durant and Kyrie Irving this summer in free agency. “I have nothing to do with the Knicks,” Durant said. “I don’t know who traded Porzingis. They got nothing to do with me. I’m trying to play basketball. Y’all come in here every day, ask me about free agency, ask my teammates, my coaches. You rile up the fans about it. Let us play basketball. That’s all I’m saying. And now when I don’t wanna talk to y’all, it’s a problem with me. “Come on, man. Grow up. Grow up. Yeah, you — grow up. Come on, bro. I come here and go to work every day. I don’t cause no problems. I play the right way, or I try to play the right way. I try to be the best player I can be every possession. What’s the problem? What am I doing to y’all?”

KD: ‘I have nothing to do with the Knicks’ pic.twitter.com/Yha82TIkoo

Durant was reportedly especially upset by a column by Ethan Strauss in The Athletic that made it appear the Knicks are the frontrunner to land him this summer. “It’s unnecessary,” Durant said of all the noise surrounding his decisions. “You got a dude, Ethan Strauss, who comes in here and just gives his whole opinion on stuff and makes it seem like it’s coming from me. And he just walks around here, don’t talk to nobody, just walk in here and survey and write something like that, and now you gotta pile on me because I don’t wanna talk to y’all about that.” He added: “I just don’t trust none of y’all. Every time I say something it’s getting twisted up and thrown out and in so any different publications, trying to tear me down with my words that I say. So when I don’t say nothing, it’s a problem. I just wanna play ball. I wanna go to the gym and go home. That’s all. Is that a problem? All right then.” Follow Adam Zagoria on Twitter And like ZAGS on Facebook