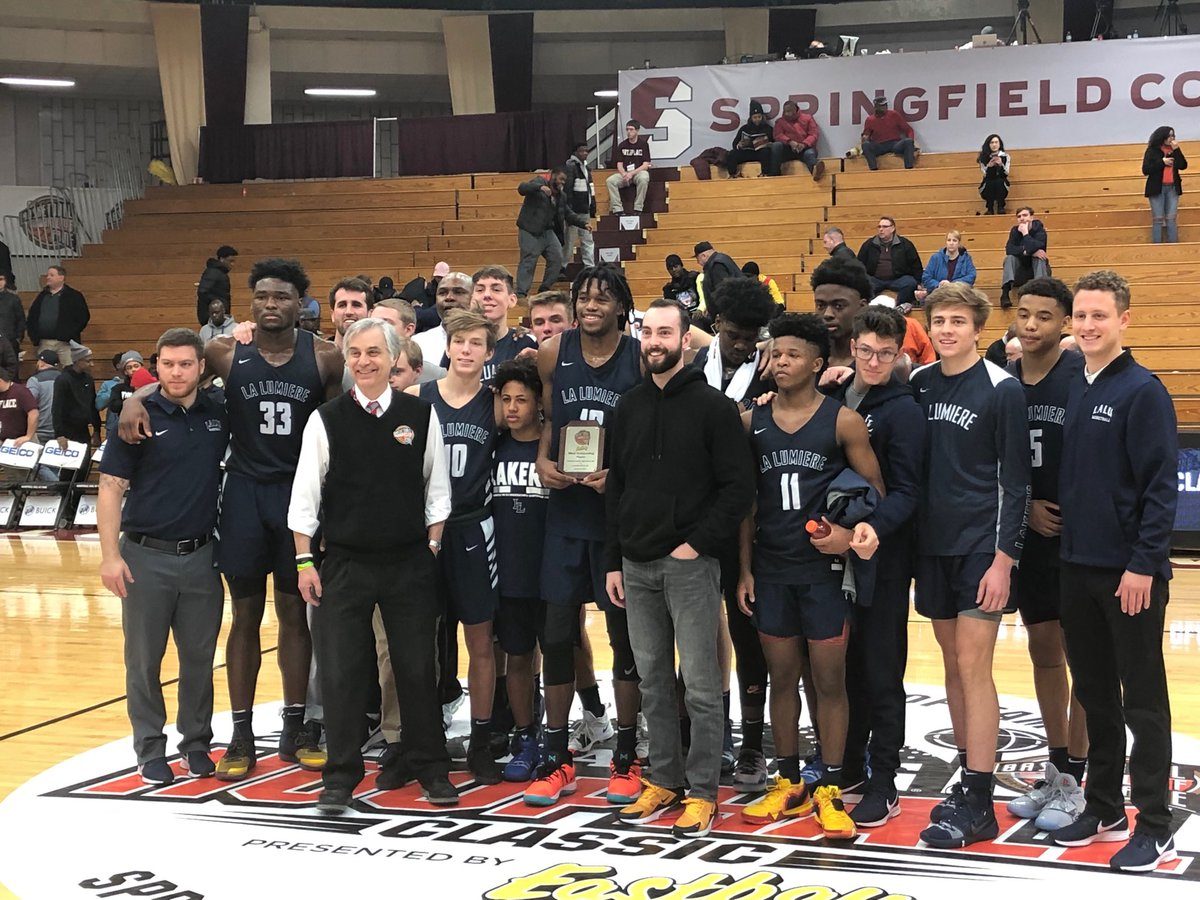 By TOM KONCHALSKI & ADAM ZAGORIA SPRINGFIELD, Mass. — After three (very cold) days at the Hoophall Classic, here is our 15-man All-Tournament Team. These may not have been the 15 best players at the tournament, but these are the guys whose performances impressed us the most. Four teams had two players each: IMG Academy (FL), La Lumiere (IN), Montverde Academy (FL) and Ranney (N.J.).   Jaylin Hunter, 6-2 Sr. CG, East Catholic (CT) The son of UConn assistant Kenya Hunter went for 35 points, including 5-of-9 from deep, in East Catholic’s win over Archbishop Wood. Old Dominion and Fairfield are among those involved.

Jaylin Hunter with a tre at the buzzer. Eagles holdin their own right now vs Phili power Archbishop Wood at the #HoopHallClassic. EC up 17-13 pic.twitter.com/yd3UlHXs9W

Player of the Game honors go to Terrance Williams who poured in 27 and led @GonzagaSports past Olive Branch ??@_flyyt #HHClassic pic.twitter.com/Pqo50InXXX

Brandon Boston, 6-7 Jr. F, Norcross (GA) With his smooth and effortless attack, Boston devastated Kentucky-bound Kahlil Whitney and Roselle Catholic, scoring 26 points on 10-for-18 shooting, including 4-of-7 from deep, in a 75-55 victory. For more on his recruitment, click here.

BJ Boston is for REAL ?

Scottie Lewis, 6-5 Sr. G, Ranney (N.J.) The Florida-bound wing played perhaps the best game of his season, going for 26 points on 9-of-14 shooting, including 2-of-3 from deep, with 6 rebounds in a convincing 73-63 win over Jaden McDaniels and Federal Way. He also played great defense on the 6-11 McDaniels, holding him to 10 points.

Bryan Antoine, 6-4 Sr. G, Ranney (N.J.) The Villanova-bound guard put on a dunk show with 23 points on 9-of-17 shooting with 6 steals in the win over Federal Way. He is one of two Villanova recruits on the All-Tournament Team along with Jeremiah Robinson-Earl.

Evan Mobley, 6-11 Jr. F, Rancho Christian  The junior big man had 16 points on 8-of-14 shooting including 7 dunks and 15 rebounds in the 66-56 loss to McEachern. He may have been the best prospect at the event.

Sharife Cooper, 6-0 Jr. G, McEachern (GA) Cooper took over the game in the second half against Rancho Christian, finishing with 27 points on 11-for-21 shooting with 3 assists. He listed Auburn, Kentucky, Duke, UCLA, Arizona and Rutgers among those recruiting him.

Cade Cunningham, 6-6 Jr. F, Montverde (FL) The junior played the point and went for 10 points while guarding Anthony Edwards in a win over Holy Spirit (GA) on Saturday. Then on Monday, he had 14 points, 9 rebounds and 6 assists while guarding Cassius Stanley in a win over Sierra Canyon (CA). Cunningham may have been the best defender at the tournament.

Keion Brooks, 6-5 Sr. G, La Lumiere The uncommitted senior wing went for 25 points on 7-for-12 shooting with 5 rebs and 3 blocks in Monday’s 73-50 win over DeMatha. Brooks is mulling Indiana, Kentucky, Michigan State and North Carolina and discussed his recruitment here.

Wendell Green, 5-10 Jr. PG, La Lumiere The junior point guard had 21 points on 6-of-7 shooting with 5 rebounds and 5 assists in the 73-50 win over DeMatha while totally controlling the game.