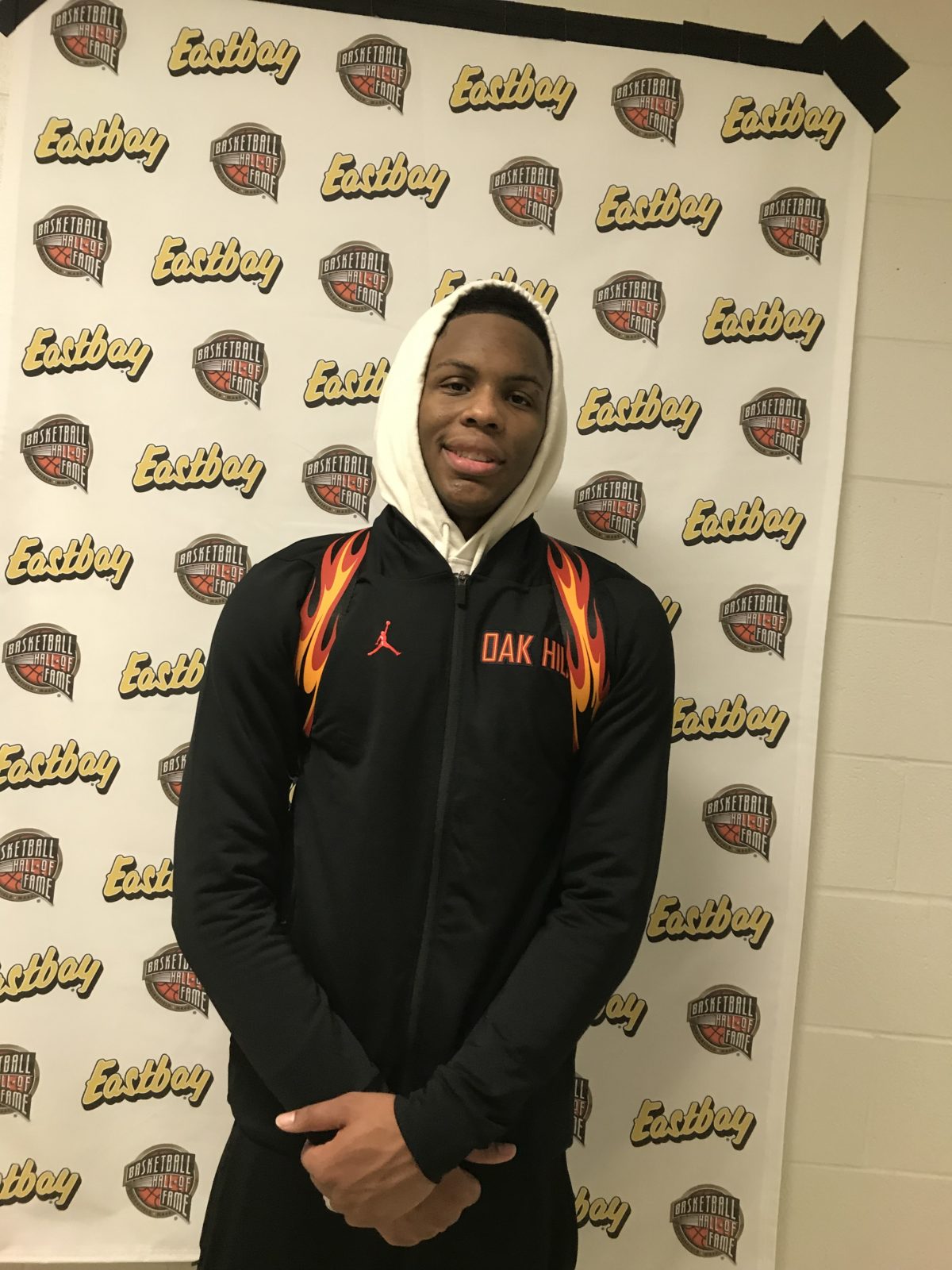 By RYAN McMULLEN SPRINGFIELD, Mass. — Christian Brown, the 6-foot-6 senior wing from Oak Hill Academy (VA), is hoping to take several visits in the coming weeks. After earning game MVP honors by scoring 22 points and grabbing 6 rebounds in Oak Hill’s 72-67 loss to IMG Academy on Sunday night, Brown mentioned Clemson, Illinois, Georgetown, N.C. State, and Pitt as schools currently in the mix. When asked where he wanted to visit Brown said, “Illinois, N.C. State, and Pitt.” Soon after he broke down each school. Illinois: “They have great coaches, Kofi [Cockburn] is going there, the playing style, and the coaching style” N.C. State: “They play a face-paced style and I’m a fast-paced player. Coach [Kevin] Keatts, he puts people in the NBA and he’s a great coach. They have a great campus.” Pitt: “They’ve been recruiting me for a while. Same thing, they’re an up-and-down team. Last year I played with Trey McGowans and now he goes there.” As for what he’s looking for, Brown said: “The play style because I don’t want to play for a team that doesn’t fit my play style and then I could be stuck there for four years.” Brown is aiming for a spring decision.

IMG Academy gets the win at the @HoophallClassic over Oak Hill thanks to a big second half from Villanova commit Jeremiah Robinson-Earl who plays extremely hard and has impressive versatility and IQ. Christian Brown opened up some eyes with his tools. Great game overall. pic.twitter.com/0Gj14gIstA