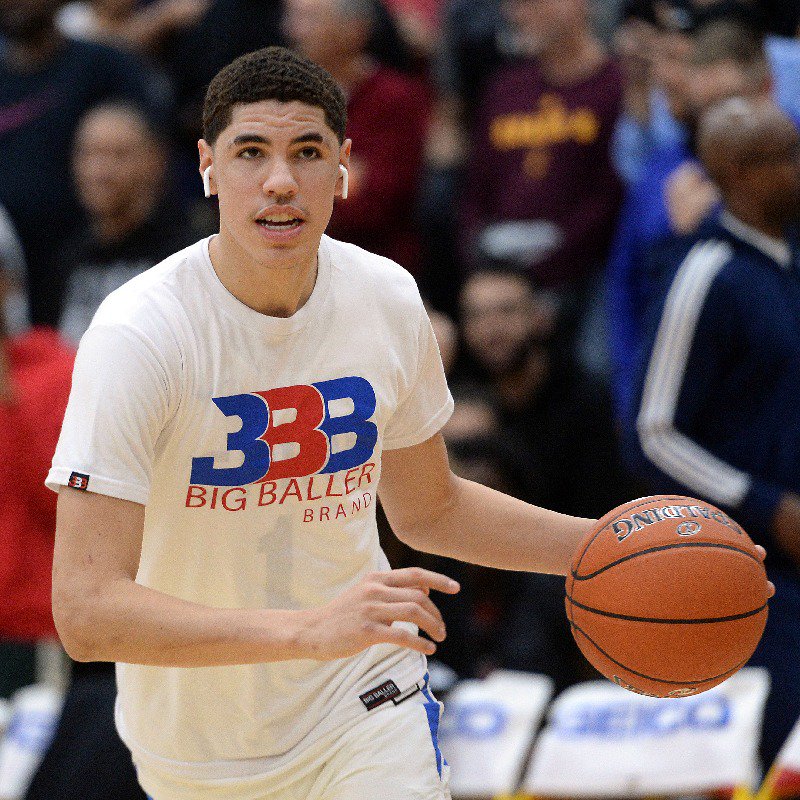 By ADAM ZAGORIA If you want to film LaMelo Ball and his SPIRE Institute teammates this weekend at their event in Marshall County, Kentucky, you’ll have to pay $3,500 at the gate to do so. Those who apply for video credentials for the event receive this email which reads, “All games are free to film except for the Spire Institute games. To film either of the 2 Spire Institute games, you will have to present $3,500 at the gate as per rules of the Big Baller Brand media credential.” One source said several video outlets had agreed to pay the fee. The Big Baller Brand is run by LaVar Ball, and SPIRE (Ohio) features his youngest son LaMelo Ball, so LaVar and the BBB will be directly profiting off the talents of LaMelo and his teammates. The team also includes Michigan State commit Mark “Rocket” Watts and uncommitted 2020 forward Isaiah Jackson.

Here’s the email telling video outlets they must pay $3,500 to film LaMelo and @SpireBasketball this weekend in Kentucky. pic.twitter.com/XoiiorNxVr

The 6-foot-7 LaMelo Ball has said he hopes to play Division 1 basketball next season but this latest development would seem to make that possibility, however remote, even more unlikely since his family’s company is directly profiting off of his high school games. Ball may be a perfect candidate for the NBA G League next season, when it begins paying certain select high school players $125,000 for the 2019-20 season. Then he could potentially enter the NBA Draft in 2020. As I wrote over on Forbes SportsMoney this week, the Big Baller Brand has a number of additional revenue streams now that LaMelo is playing at SPIRE, including their live stream deal with FloSports.com, which pays BBB $5,000 per game that is streamed. Alan Foster of Big Baller Brand has also asked a number of events — including the Hoophall Classic — for an appearance fee in exchange for LaMelo and SPIRE appearing at the events. A source said Foster asked the Hoophall for $10,000. When the Hoophall and other events declined to pay, the BBB cancelled SPIRE’s appearance at those events. (Foster did not return several phone, text and email requests for comment.) The Big Baller Brand also sells sneakers and other guy, and ESPN reported last year the family was paid “millions” to agree to the Facebook show “Ball in the Family.” Now you can go ahead and add charging $3,500 at the gate to film LaMelo and SPIRE on The Grind Session, which is now billed as the “Big Baller Beatdown” for this weekend’s event in Kentucky.

Big Baller Beatdown gets underway this weekend. Two days of elite talent, including the showdown between LaMelo Ball and Julian Newman, you won’t want to miss this!

Biggest difference between @thegrindsession & @GEICO teams is that our teams don’t play schedules in which 75% are wins before tip. Our teams develop pros through competition. pic.twitter.com/CH4k4ZqZ1H

LaMelo and SPIRE are slated to appear at several future Grind Session events this season. The tour concludes with a “national” championship in Kentucky in March. Follow Adam Zagoria on Twitter And like ZAGS on Facebook