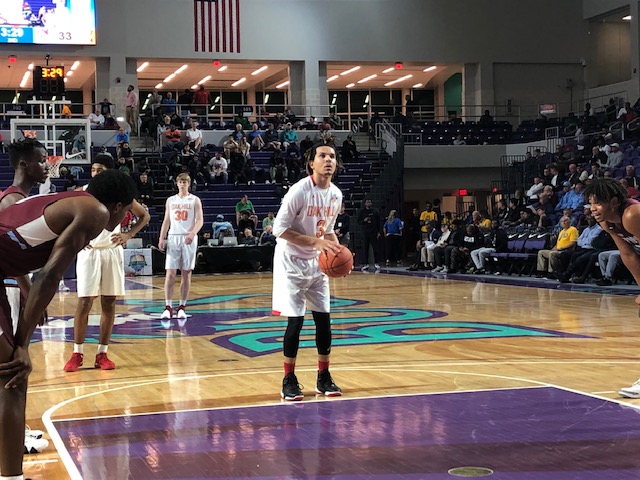 By ADAM ZAGORIA Cole Anthony, the 6-foot-3 point guard from Oak Hill Academy (VA), is targeting a college announcement sometime close to the NCAA Tournament Final Four in April but no exact date has been determined, his mother told ZAGSBLOG. “We’ll probably announce around Final Four time,” Crystal McCrary McGuire said Thursday by phone. “You want to see how things shake out.” The son of former NBA point guard Greg Anthony, Cole is the top point guard in the Class of 2019 and is ranked No. 2 in the class by ESPN.com. He has completed his five official visits to Georgetown, North Carolina, Notre Dame, Oregon and most recently to Wake Forest. He has also visited Miami unofficially and may potentially visit there again. “There are pros and cons about all schools,” Anthony’s mother said.

Anthony figures to be invited to the top all-star games at the end of the season, including the McDonald’s All-American Game (March 27), the Jordan Brand Classic (April 7) and the Nike Hoop Summit (April 12). Oak Hill will also be involved in the GEICO High School Championship April 4-6 at Christ the King High School in Queens, N.Y. On Sunday, Anthony had to sit out Oak Hill’s game against IMG Academy (FL) in the Hoophall Classic with a sprained ankle. For more on Anthony, read my feature on FloHoops.com here. Photo credit: City of Palms Classic Follow Adam Zagoria on Twitter And like ZAGS on Facebook

Isaiah Stewart to announce on Sunday