Ranney, No. 4 nationally and No. 1 in New Jersey, drops first game of season to MacDuffie | Zagsblog
Follow @adamzagoria 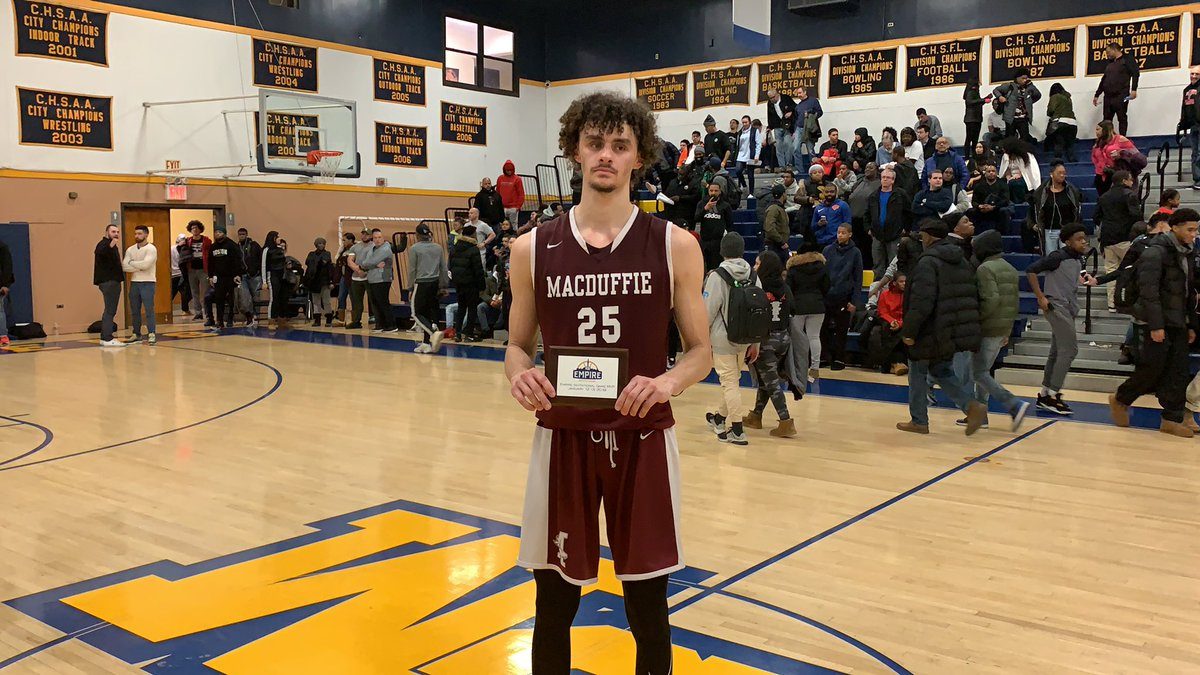 By ADAM ZAGORIA NEW YORK — Playing back-to-back days against elite competition was a big ask for Bryan Antoine, Scottie Lewis and the Ranney School, the No. 1 team in New Jersey and No. 4 nationally according to USA Today. As it turned out, Ranney won the first game of the big weekend on Saturday against Bergen Catholic, the No. 3 team in New Jersey, but couldn’t complete the sweep on Sunday against the MacDuffie School (MA). Despite a combined 54 points from the Villanova-bound Antoine and the Florida-bound Lewis, Ranney fell to MacDuffie, 79-75, at the Empire Invitational at Mount Saint Michael Academy, dropping them to 10-1 on the season. The loss came 24 hours after Ranney emerged with a tough 56-55 victory over Bergen Catholic Saturday in the Hoop Group Boardwalk Showcase at Brookdale Community College. “Playing two back-to-back games like this really takes a toll on our bodies,” said the 6-foot-5 Lewis, who wore a Gators baseball cap and T-shirt as he spoke with reporters post-game. “Obviously we’re not making excuses because as high-level athletes we’re supposed to be able to play these games back-to-back, no matter the situation…. “I blame this ‘L’ on myself as the captain and the leader of the team. We have our practice [Monday] and Mater Dei on Tuesday and I’m more motivated than ever.” With Ranney down 77-75, Antoine had a good look at a potential go-ahead 3-pointer in the finals seconds but it hit the back rim and bounced out to MacDuffie, which then hit two foul shots to ice the win.

Trailing 74-70, Ranney took the lead 75-74 on a scoop layup by Lewis (25 points) and an ensuing 3-pointer from Antoine (29 points) with 43 seconds remaining. But they failed to score the rest of the way and MacDuffie made free throws to close it out. MacDuffie is a team loaded with Division 1 commits like Wake Forest-bound forward Ismael Massoud, who won game MVP honors after posting 26 points and 9 rebounds. UConn-bound guard James Bouknight went for 17 points and 11 rebounds with his future head coach Dan Hurley and assistant Kimani Young on hand. Uncommitted junior Richard Springs added 18 points and 9 rebounds in the win.

MacDuffie coach Jacque Rivera came away impressed with Ranney. “Bryan Antoine is a really good player, as is Scottie,” he said. “And they do a really good job of surrounding them with other pieces. I thought coming into this game the key was making sure that Alex Klatksy doesn’t hit threes.” The Florida-bound Klatksy shot 2-of-3 for 6 points and made a 3-pointer to tie it. Philip Wheeler, the 6-foot-8 junior forward who sat 30 days after transferring from Roselle Catholic, had 8 points and 5 rebounds in his Ranney debut. “You can only do so much on a kid like Bryan,” Rivera said. “He’s shifty, he’s quick, he can score on all three levels. And I thought get the ball out of their hands and make other guys make plays.” Ranney will go forward in its pursuit of Shore Conference and state titles, but has several other key games upcoming. They will face 6-11 Jaden McDaniels and Federal Way (WA) on Monday at the Hoophall Classic, and have a looming date with Kentucky-bound Kahlil Whitney Roselle Catholic on Jan. 30 at Brookdale. Whitney went for 24 points and 11 rebounds earlier Sunday as the Lions beat Archbishop Stepinac in a matchup of the reigning New Jersey and New York state champions. “Listen, our ultimate goal, no offense to MacDuffie, wasn’t beating MacDuffie at the Empire Invitational,” Ranney coach Tahj Holden said. “We want to win the Tournament of Champions, we want to win a state championship, a Shore Conference championship. “It’s frustrating to lose any game, but we still have games to play, we still have opponents who are just as tough if not tougher than those guys who posed some problems for us. We’ll go back, we’ll get to work [Monday] and tomorrow’s a new day.” Follow Adam Zagoria on Twitter And like ZAGS on Facebook