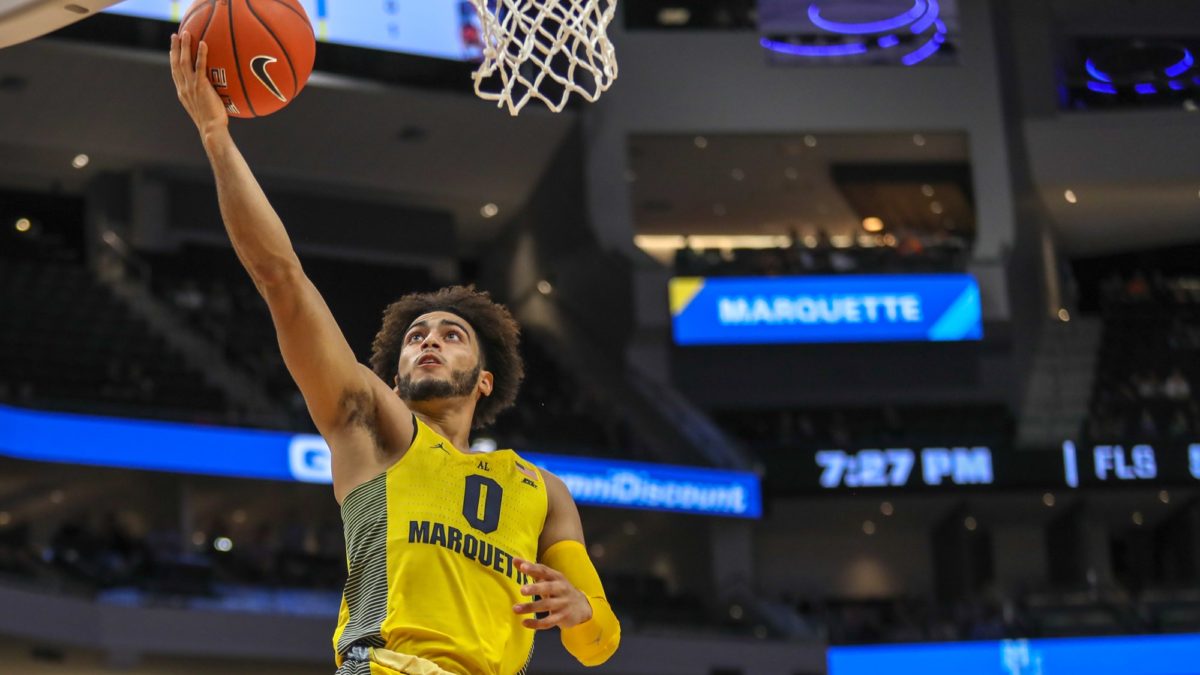 Markus Howard broke the Big East Conference scoring record by scoring a career-high 53 points as No. 21 Marquette beat Creighton 106-104 on Wednesday night. Howard scored 14 of his career-high 53 points in overtime after Sam Hauser’s deep 3-pointer at the end of regulation tied the game. Howard’s dazzling offensive performance set a Marquette record and broke his own record for points in a Big East game. His 53 points were the most by a player in a game matching Division I opponents this season, one behind the 54 Furman’s Jordan Lyons had against D-II North Greenville. Howard had 52 points against Providence last season, and MarShon Brooks also scored 52 points for Providence. It was also the highest-scoring performance ever by a Creighton opponent. Marquette never led until Howard scored on his team’s first possession of overtime. Marquette repeatedly cut into Creighton leads only to see the Bluejays pull ahead again. Marquette (13-3, 2-1 Big East) hosts Seton Hall on Saturday. The Pirates (12-4, 3-1) held off Butler, 76-75, Wednesday in Newark behind 31 points from junior guard Myles Powell.