With Duke behind him, Jordan Tucker ready to debut for Butler | Zagsblog
Follow @adamzagoria 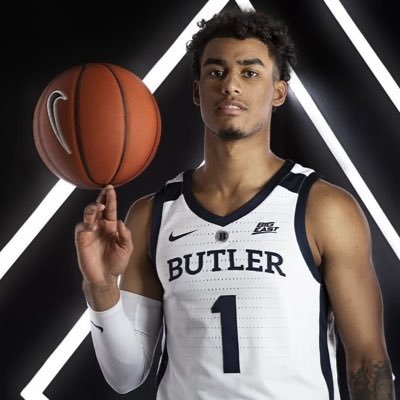 By ADAM ZAGORIA Jordan Tucker cannot wait until Saturday. That’s the day he will make his debut for Butler after transferring from Duke in January, and then sitting out per NCAA transfer regulations. “I’ve been thinking about this game since I got to Butler,” the 6-foot-7, 210-pound wing from White Plains, N.Y. said Thursday by phone. “I’ve been excited for eight months. I can’t wait to get on the floor and to get out there with my teammates.” Ironically, his college debut will come against Indiana, a program he heavily considered before choosing the Blue Devils. “Yeah, I strongly considered going there until [Tom] Crean got fired and I was just about to go there,” Tucker said. After transferring to Marietta (GA) Wheeler from White Plains (N.Y.) Stepinac, Tucker initially landed at Duke, which he called his “dream school.” But he played only a single game — the lone college game he has played so far — on Dec. 5 against St. Francis. He scored 6 points in 8 minutes. All five of Duke’s starters from that game are now in the NBA — Trevon Duval, Grayson Allen, Gary Trent Jr., Wendell Carter Jr. and Marvin Bagley III. Tucker was ranked No. 46 in the Class of 2017 according to ESPN.com. Bagley III, Carter Jr., Duval and Trent Jr. were all ranked in the Top 10. This year’s Duke team features three players who could go 1-2-3 in the NBA Draft in Zion Williamson, R.J. Barrett and Cam Reddish. Given the talent on Duke’s team, it didn’t come as a huge shock when Tucker announced in December he would transfer. But he says he doesn’t regret his decision to go there. “Not at all,” he said. “I think everything happens for a reason and if I never went to Duke, I don’t think I ever would’ve been here. I don’t think I ever would’ve picked Butler the first time going around. I’m glad me going to Duke and things not working out for me, it opened my eyes a lot. It just gave me the opportunity to come here. This was all meant to be. I’m in the perfect place right now for me.” He added: “Duke was always my dream school. It was something I couldn’t pass up, no matter what. When people ask me if I regret it, I don’t regret it because I would’ve have ever known what it’s like if I didn’t go. I would’ve always regretted not going to Duke because Coach K is somebody I always wanted to meet/play for. Even though I didn’t play, I learned so much about myself, as a person, as a player. That’s why it helped me make my decision to go to Butler, and pick a program that can help me grow and get better to progress.” Tucker said he’s friendly with Williamson and Barrett and the Duke guys, and doesn’t think too much about what could have been. “I’m happy for them,” he said. “I know those guys very well. I’m happy to see what they’re doing and they’re killing it in college basketball.” Tucker chose Butler over Georgetown in January, and now he’s finally ready to suit up for the Bulldogs (7-2), although fans shouldn’t necessarily expect big things at first. “He’ll be in uniform,” Butler coach LaVall Jordan said Thursday by phone. “I think everybody will probably see him in uniform. We’ll see how the game goes. He’s practiced well, but jumping out there in a game will be a whole different environment.” Tucker has always been known as an offensive player, but his ticket to staying in the game will his ability to “lock in on the defensive end,” Jordan said. “I’m sure I’ll be able to get in the game and get some minutes,” Tucker said. “It’s just going to depend on how much I produce and how well I’m doing on defense. That’s his biggest thing with me, is making sure I’m not a liability on defense. If I take care of that and just go out there and play hard, I think I’ll be able to play.” Said Jordan: “We expect him to just play Butler basketball.” After a year of practicing, Tucker said he knows his role is just to fit in and play his role alongside guys like Paul Jorgensen, Kamar Baldwin and Sean McDermott. “I’m long, I can rebound, can shoot, score, pass, push the break,” he said. “I can do a little bit of everything. I think I’m just toing to add another dynamic to this team and basically complement this team. I play with these guy perfectly. Everybody [needs] a blow and I think I can come in and not mess that up.” Follow Adam Zagoria on Twitter And Like ZAGS on Facebook