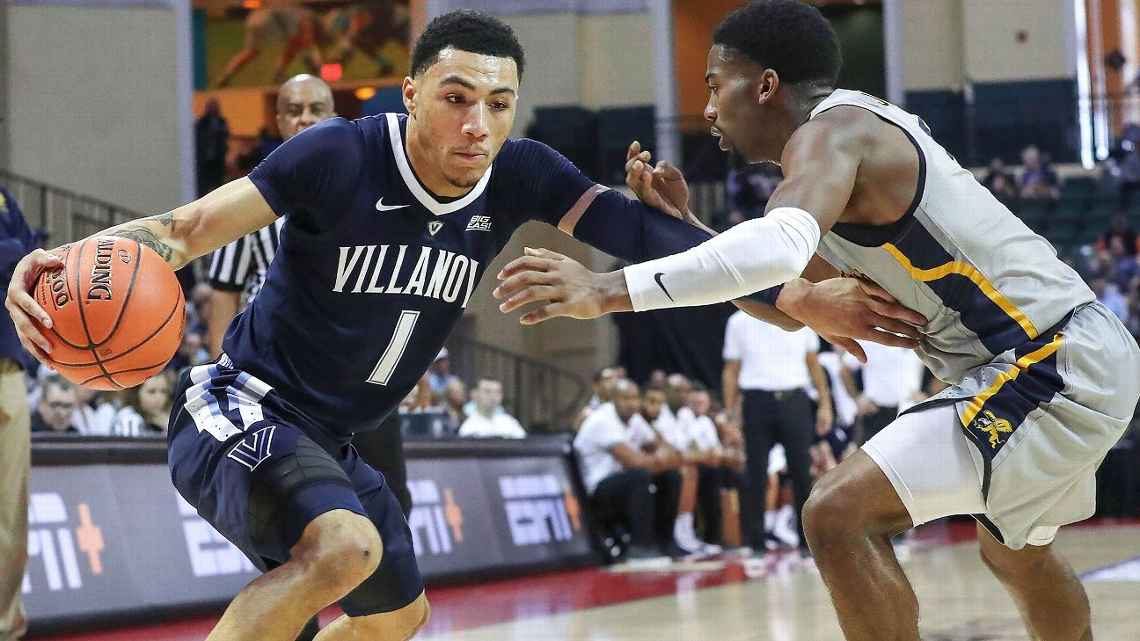 In the post, which we wrote about Wednesday, Quinerly wrote, “Was my 2nd choice for a reason.” The post was brought to light when Ryan Bowman posted it on Twitter. As of Wednesday morning, the post was no longer on Quinerly’s Instagram.

This post has been deleted but if it was authentic Jahvon Quinerly doesn’t seem happy at Villanova. https://t.co/LtI11w8UPh

Villanova coach Jay Wright spoke with Quinerly after the post was put up and told the Philadelphia Inquirer it was “the normal frustration of a young kid that’s used to playing a lot, and not playing,” “We look at it as a good teaching moment,” Wright told the paper. “He was emotional about playing time and then he took [the post] down immediately, apologized. Today, we talked about it, and he feels really bad about it. It’s a learning experience. We all know he’s a good kid, so it’s not an issue that concerns us. We accept his apology.” Wright said Quinerly is still learning the system behind guards Phil Booth and Collin Gillespie. Villanova is used to having older players, many of whom learned the system with a redshirt year, something Quinerly has not had the luxury of being a freshman. “I do see progress,” he said. “It’s not easy. He’s had a couple of injuries. He’s in a situation where learning how to be a point guard in our program has been challenging. But he’s worked hard at it, he really has, and he continues to work. He has been a great teammate.” Wright said he wasn’t overly concerned about Quinerly potentially transferring. “You always worry about that, but I don’t worry about that in his case, I really don’t,” he said. “You worry about all the kids. You want to make sure everybody’s happy. Jahvon wants to play more, but he’s very happy at Villanova.” Naz Reid, Quinerly’s close friend and former AAU teammate, said on Instagram that Quinerly’s Instagram had been hacked and that he had closed his old Instagram account, which had more than 400,000 followers (and the ability to translate that into money once he turned pro). Quinerly’s new Instagram account had about 8,600 followers as of Thursday morning. Villanova visits No. 1 Kansas on Saturday, and Quinerly will be reunited with his McDonald’s All-American Game roommate Devon Dotson, a freshman at Kansas. “We just both thrilled to have our future squads in the Final Four,” Quinerly said at the McDonald’s Game ahead of Villanova’s national semifinal win over Kansas. “Villanova and Kansas play each other next year in the regular season and that will be our time. We’re just excited and ready for college, really. We just can’t wait to get to college.” Meantime, some college coaches believe Quinerly will be just fine going forward at Villanova, at least in terms of on-the-court stuff. “The JQ situation will work because he fits better there over time,” one opposing coach told ESPN.com. “Honestly, I think Villanova’s defensive concepts are really hard to pick up,” said another opposing coach who scouted Villanova. “That’s why most true freshmen don’t play.”

This is just a young player, frustrated with the transition to college, that had a momentary lapse. But, it’s the social media age and the National Champs. It’s news but, at the same time, not that big of a deal. He’s not the only freshman struggling. https://t.co/96s7a68mP2