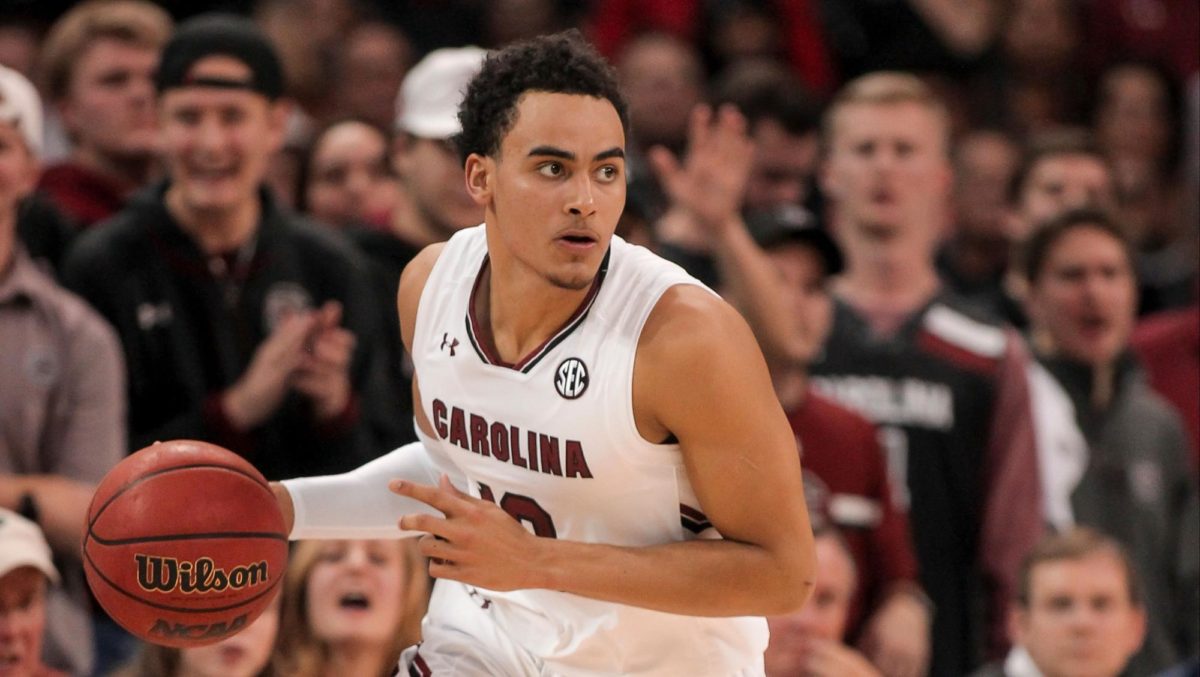 By ADAM ZAGORIA South Carolina starting forward Justin Minaya underwent surgery for a cartilage tear in his right knee on Friday morning in New York and will be out indefinitely, a source told ZAGSBLOG. Gamecocks coach Frank Martin announced Minaya’s status Tuesday. Martin said the 6-foot-5 sophomore Minaya would begin rehab immediately, although a timetable for his return would be determined after the operation. Minaya hurt himself in practice this past Sunday. He missed Monday night’s 81-61 loss to Southern Conference opponent Wofford. Minaya is the son of ex-New York Mets general manager Omar Minaya. The younger Minaya started 30 games as a freshman for the Gamecocks (3-2), averaging nearly eight points and more than four rebounds. (The AP contributed; Photo: GamecocksOnline.com) Follow Adam Zagoria on Twitter And Like ZAGS on Facebook