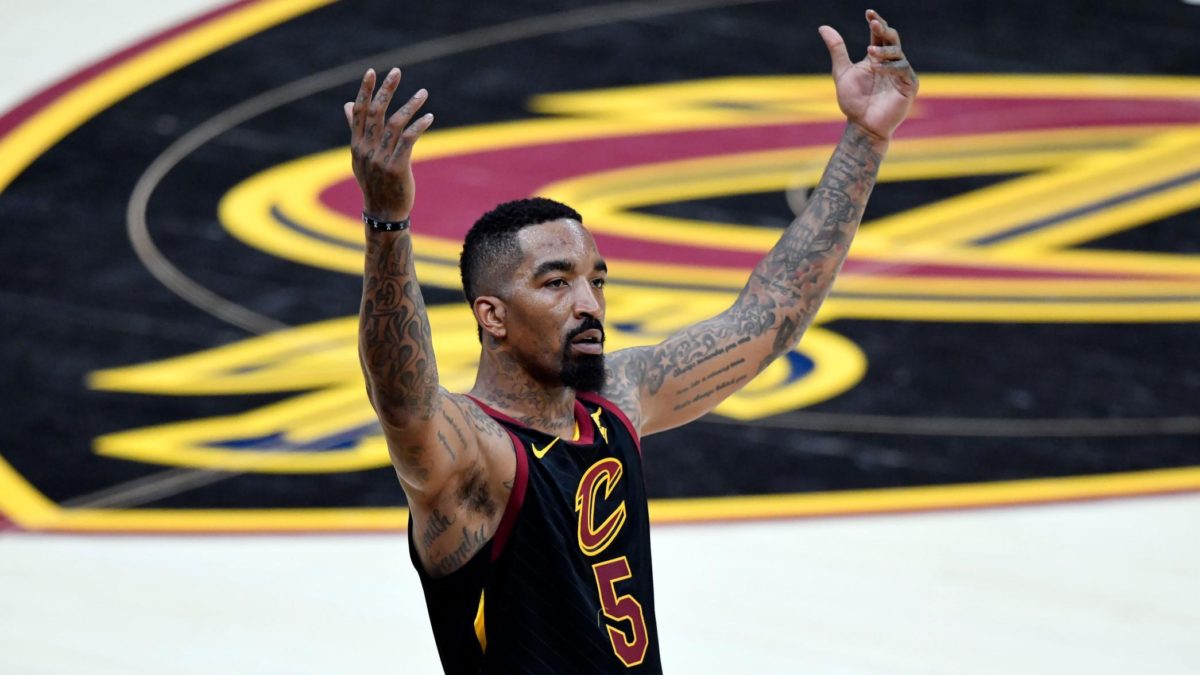 By TOM WITHERS CLEVELAND (AP) — J.R. Smith’s bumpy-but-never-boring stay with the Cleveland Cavaliers is over. The team said Tuesday that the disgruntled forward, who had requested to be traded earlier this season, “will no longer be with team as the organization works with JR and his representation regarding his future.” The Cavaliers will try to trade Smith. He will make $14.7 million this season, and $3.8 million of his $15.6 million salary for next season is guaranteed. For now, the 33-year-old Smith is without a team and that seems to suit him just fine. He has been dismayed with his reduced role as the Cavaliers rebuild in their first season since LeBron James left for the second time as a free agent. Smith’s unhappiness had created another distraction in a stormy season for Cleveland, which is a league-worst 2-13 and has been blown out numerous times. The Cavaliers fired coach Tyronn Lue last month following a 0-6 start, and the team has been riddled with injuries, the most prominent to All-Star forward Kevin Love, who remains out indefinitely following foot surgery. Smith’s departure comes a day before James makes his return to Cleveland for the first time with the Los Angeles Lakers. Smith came to the Cavaliers in a trade from the New York Knicks in 2015. While his play has been inconsistent, he was a major contributor on Cleveland’s 2016 championship team. He made two 3-pointers early in the second half of Game 7 as the Cavaliers rallied to win and become the first team in league history to overcome a 3-1 series deficit. With Smith gone, the Cavaliers have just three players — Love, Tristan Thompson and Channing Frye — left from their title team. Before the Cavs won the championship, Smith already had become a favorite with Cleveland fans. He seemed to endear himself further to many by remaining shirtless during the team’s victory parade through the city’s streets. However, Smith’s support eroded some during last year’s Finals when he lost track of the score in Game 1 and dribbled out the final seconds of regulation, depriving the Cavaliers a chance to steal a win. Cleveland wound up losing in overtime and got swept by the Warriors. Smith is averaging a career-low 6.7 points this season. He has averaged 10.3 points in 255 games with Cleveland over the past five seasons. Follow Adam Zagoria on Twitter And Like ZAGS on Facebook