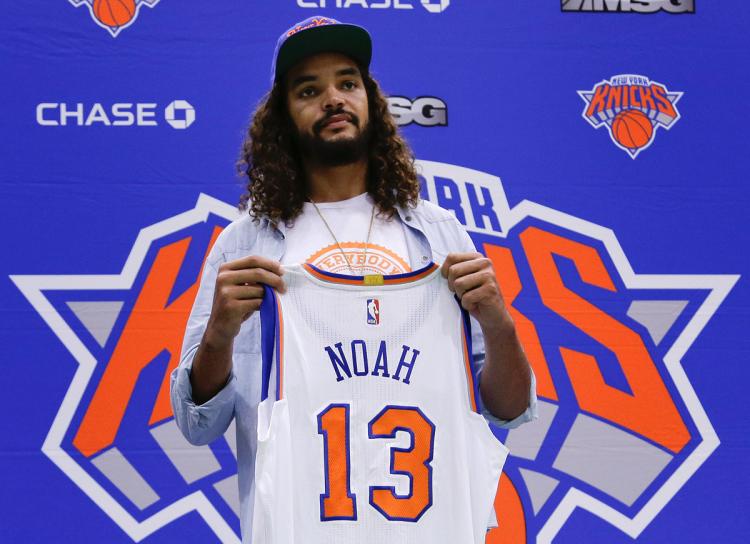 The deal was first reported by Sham Charania.

Noah will travel to Memphis on Sunday and sign his one-year deal with the Grizzlies early next week, league sources said. Memphis (12-8) has targeted Noah as backup center all season. https://t.co/zOMqRi2mnj

Unable to find a trade, the Knicks waived Noah, a 33-year-old center, last month with two years and $37.8 million remaining on his contract.

Noah had been away from the team since clashing with the former coach Jeff Hornacek last season, when he appeared in only seven games. The Knicks had already decided he would not rejoin the club under their new coach, David Fizdale, but they were hoping they could find a trade to get something back for him without having to cut him.

Noah signed with his hometown team in July 2016 and drew a loud ovation in his first appearance at Madison Square Garden, where he was introduced as being from Hell’s Kitchen, a Manhattan neighborhood not far from the Garden, rather than from the University of Florida, the team he helped win two N.C.A.A. championships.

The Chicago Bulls selected him with the ninth overall pick in the 2007 draft. He had great years with the Bulls, highlighted by being voted defensive player of the year and first-team All-N.B.A. in 2014.

But Noah had begun battling injuries and was in decline by the time the former Knicks team president Phil Jackson gave him a four-year, $72 million contract, and Noah never regained his old form. His first season in New York ended early when he was suspended 20 games by the N.B.A. in March 2017 for a failed drug test, a suspension that carried into the 2017-18 season.

He was unable to regain his rotation spot once he was eligible to return and did not play again after his argument with Hornacek after playing four and a half minutes in a loss at Golden State on Jan. 23.

Noah finished with an average of 4.6 points and 7.9 rebounds in 53 games with New York. His $18.6 million salary for this season will count fully against the salary cap, and the Knicks can stretch out the remainder of his salary over multiple seasons.