76ers' Fultz set to sit out until ailing shoulder is examined, doesn't want to be traded | Zagsblog
Follow @adamzagoria

76ers’ Fultz set to sit out until ailing shoulder is examined, doesn’t want to be traded 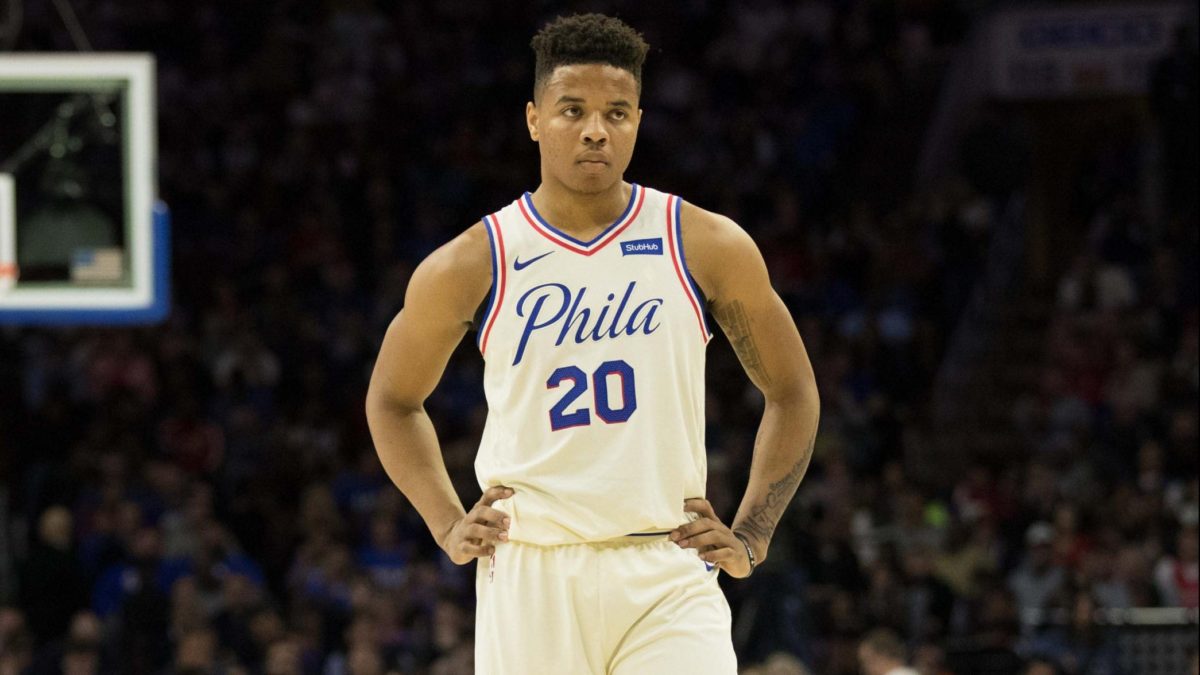 PHILADELPHIA (AP)  — Markelle Fultz won’t play for the Philadelphia 76ers until his troublesome right shoulder is examined by a specialist on Monday, but his agent says he doesn’t want to be traded. Fultz, the No. 1 pick of the 2017 draft, added another curious chapter to an injury-plagued career when his representatives informed the Sixers on Tuesday that the guard would be examined next week. ESPN’s Adrian Wojnarowski reported Wednesday that Fultz’s agent, Raymond Brothers, has not told the team he wants Fultz to be traded.

Raymond Brothers, the agent for Sixers guard Markelle Fultz, tells ESPN: “I have given no indication to Elton Brand or anyone else that Markelle would prefer to be traded. My focus is to get Markelle healthy. End of story.”

Fultz played just 14 games last season because of a shoulder injury that seems to have affected his shooting mechanics and made him one of the more scrutinized players in the NBA. Fultz lost his starting spot in the rotation when the Sixers traded for Jimmy Butler. He seemed to lose his backup point spot when coach Brett Brown gave TJ McConnell the bulk of the minutes in a win over Phoenix on Monday. “This news about his shoulder, it did catch me off guard,” Brown said. “If it’s that real, and he needs to go see a further sort of consultation, then we support him.”

Markelle Fultz now being mentioned among the biggest busts of all time at No. 1. pic.twitter.com/B2UQl6JWZK

Sixers general manager Elton Brand said Fultz’s agent Raymond Brothers told him the guard wouldn’t practice or play until the results of Monday’s examination. Brand said he was told Monday was the earliest Fultz could see a specialist. Brand said he was unaware if anything was wrong with Fultz’s shoulder. Fultz had said this month he wasn’t bothered by the shoulder. “There’s nothing that we saw medically that didn’t allow him to play,” Brand said. “He played last night. He played two nights ago. Ever since Jimmy Butler came and he wasn’t starting, I felt he played pretty well. I was proud of the way he bounced back from a lot of things.” The 20-year-old Fultz is averaging 8.2 points, 3.1 assists, 3.7 rebounds and shooting 42 percent from the field. “We just want the best for him,” Brand said. The Sixers are 9-0 at home and in fourth place overall in the Eastern Conference. Follow Adam Zagoria on Twitter And Like ZAGS on Facebook