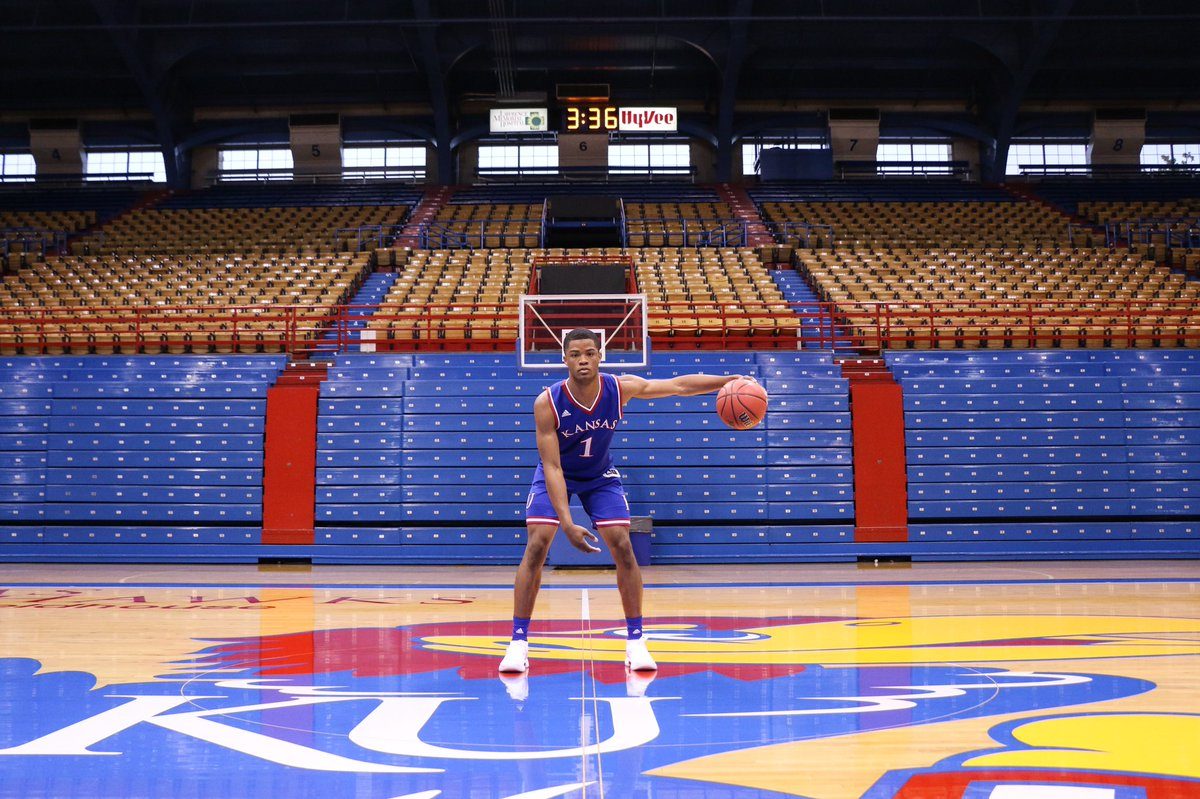 By ADAM ZAGORIA Cassius Stanley, the 6-foot-5 shooting guard from Sierra Canyon (CA) High School, visited Kansas this weekend on his first official visit. “Kansas was a great visit,” said Jerome Stanley, the player’s father. “It’s an elite program. We were very impressed.” Stanley recently trimmed his list to Kansas, Oregon and UCLA. His next official is to UCLA on Oct. 26. He will then visit Oregon in early November, his father said. Earlier this year, he broke down each school on FloHoops.com.

“They’re saying, ‘You live 15 minutes away from here, you’re comfortable here. You know a couple of players who are there now and are coming in the future so it would be a smart move if you came,'” he said. “I think the same actually.” Stanley knows Cody Riley, now at UCLA, and Moses Brown, Shareef O’Neal, Jules Bernard, and David Singleton from the 2018 class. “I know a lot of the guys,” he said.

“Bol Bol is a good friend of mine, so he was telling me that I should definitely put them in my top six,” he said. “I just want to see how he does this year. I want to see what his take is because I think that can help me a lot. I just would like to see how his take is.”

“They’re always texting my dad and me,” Stanley said. “Coach [Kurtis] Townsend is always sending things about Kansas and videos. I think the history of that program is unprecedented so I think that’s just a big thing that they’re telling me, ‘Come to a program that has a great history.'”

Had a Great Time This Weekend on My Official Visit at Kansas! ?? pic.twitter.com/Pyage2k0iD