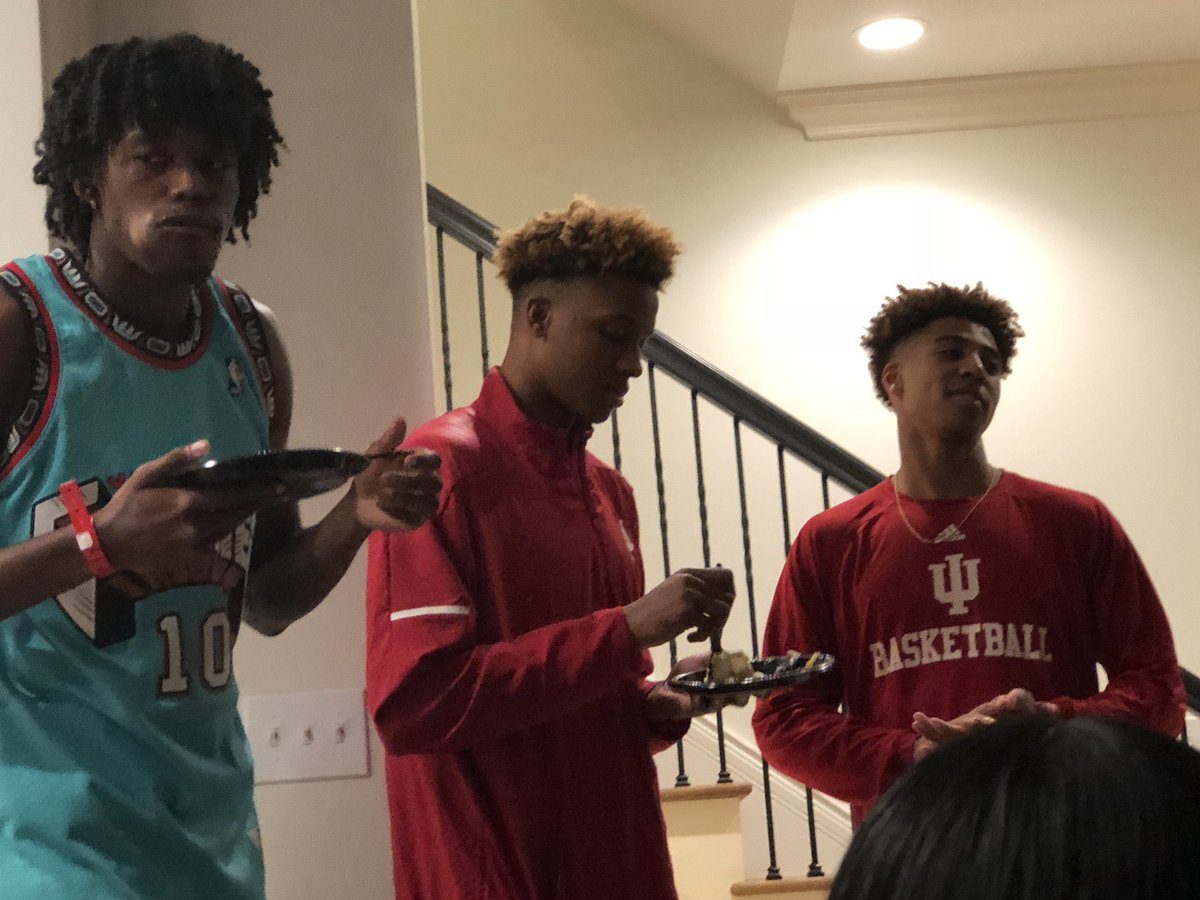 By ADAM ZAGORIA Indiana hosted a pair of five-star recruits on official visits this weekend in Keion Brooks and  Trayce Jackson-Davis. The 6-foot-9 Jackson-Davis is the No. 16 prospect in the Class of 2019, per ESPN.com, while the 6-7 Brooks is ranked No. 33. “They want to keep the top talent players in state; they watched me and Keion play on the Nike circuit and we complemented each other really well,” Jackson-Davis said.  Asked if he and Brooks discussed a potential pairing under coach Archie Miller, Jackson-Davis said, “We didn’t really talk much about next year really. We just enjoyed our time with the players/coaches and checking out the campus.” Jackson-Davis has visited UCLA and Iowa, and will visit Michigan State (Oct. 5) and Purdue (Nov. 3). Brooks, meantime, recently cut his list to six schools and took his first official to Indiana. He’s currently attending La Lumiere (IN), where teammate Isaiah Stewart took an official to Kentucky this weekend. “The visit went well,” Brooks said of Indiana. Brooks spent time with Indiana star freshman guards Romeo Langford and Rob Phinisee.  Langford, a projected Top-10 pick in the 2019 NBA Draft out of Indiana, could help attract other recruits to the school. Follow Adam Zagoria on Twitter And like ZAGS on Facebook