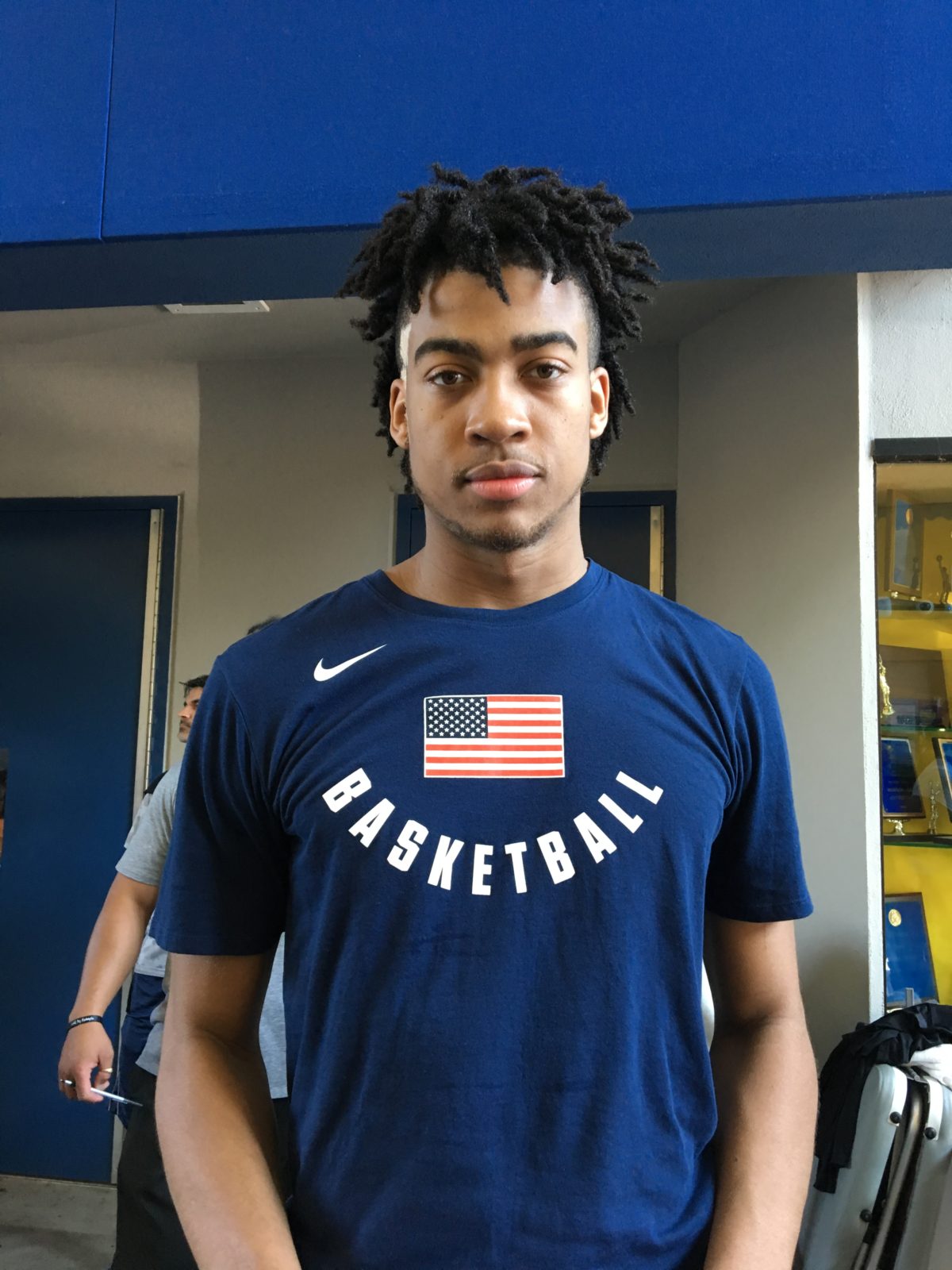 By JACOB POLACHECK LOS ANGELES, CA – Trendon Watford, the 6-foot-9 power forward from Mountain Brook (AL) High School, told ZAGSBLOG Sunday at the Nike Academy that he will be scheduling his official visits shortly. “I should be scheduling my official visits after this,” said Watford at the Nike Academy. “I will probably take all five officials. I’m going to talk it over with my dad.” Watford currently has a top nine of Alabama, Florida State, Indiana, Kansas, LSU, Memphis, Mississippi State, TCU, and Vanderbilt. “I’ve been hearing from Alabama, Indiana, Florida State, Memphis, Kansas, TCU, and LSU the most,” said Watford. “I’m just looking for a school that lets me play my game and eventually get to the next level.” At the Nike Academy, Watford had the chance to play with Kira Lewis Jr., who recently committed to Alabama for the 2018 class. “We played together this summer with Hoop City Elite,” said Watford about Lewis. “We have a close relationship and we’re from the same state.” In terms of a timetable for his decision, Watford has no intentions of committing anytime soon. “I don’t have a timetable yet,” said Watford. “Not yet, but I’ll probably commit late.” Follow Jacob on Twitter Follow Adam Zagoria on Twitter And Like ZAGS on Facebook