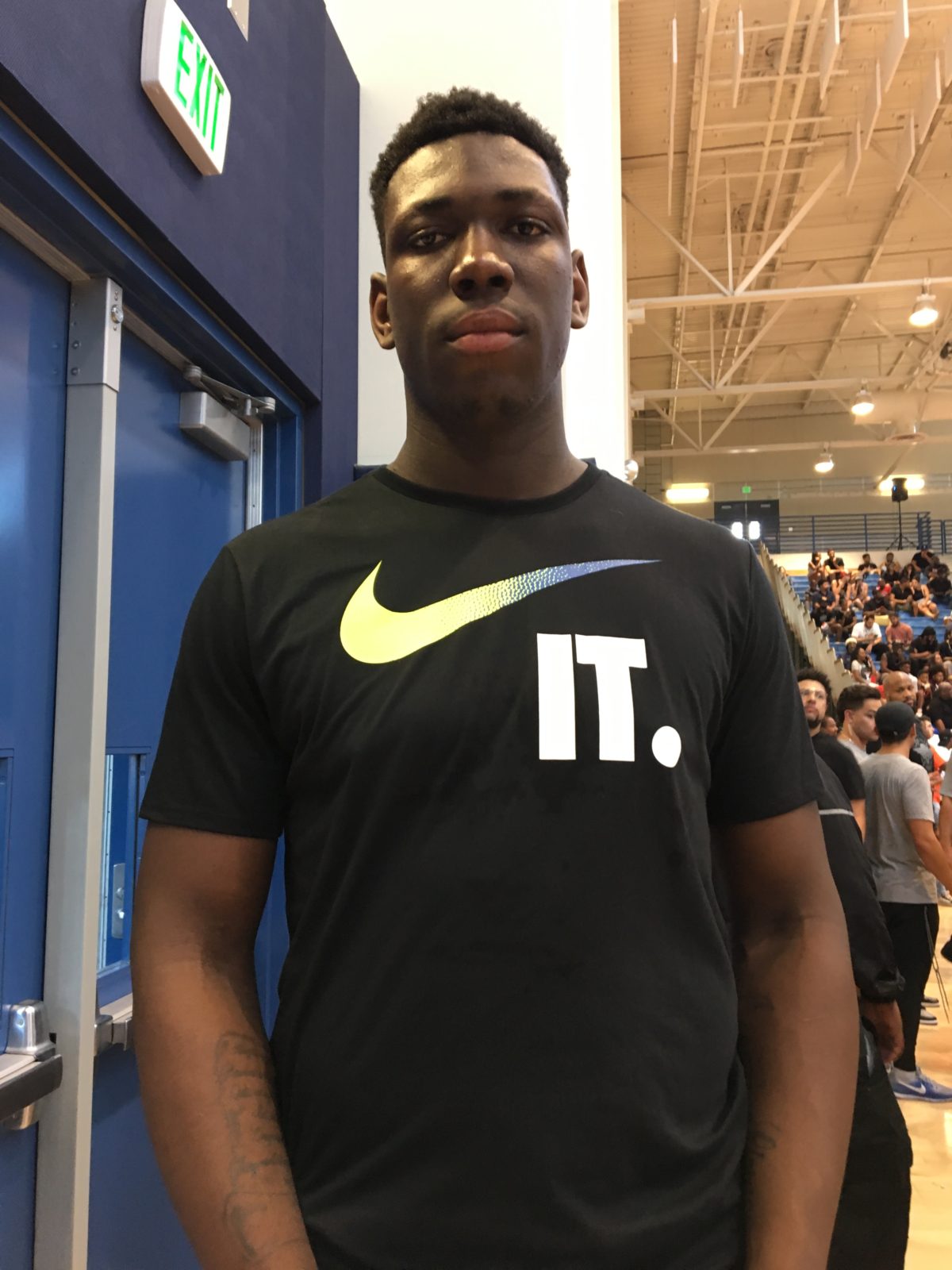 “Kentucky and UConn are both blue blood schools that get the job done,” said Cockburn. “They’re known for winning championships and as places to get better.”

“They check up on me a lot and put in a lot of effort,”he said. “So I’m going to return the favor.”

“I just cut my list to 12 and I’m going to look at those 12 schools and figure out which is the best fit for me,” he said. “I definitely want to cut it again before I commit. I don’t know how many yet.”

With a new list of 12, Cockburn broke down what he’s looking for in a school. “I want to go to a school where I’m able to go in, get better, and show my talent as a player and a person,” he said. Cockburn also had the chance to play with his new Oak Hill teammate Cole Anthony at the Nike Academy. “It’s been good playing with Cole,” said Cockburn. “He’s a great point guard and he gets the job done at the end of the day. I’m looking forward to playing with him.” Follow Jacob on Twitter Follow Adam Zagoria on Twitter And Like ZAGS on Facebook