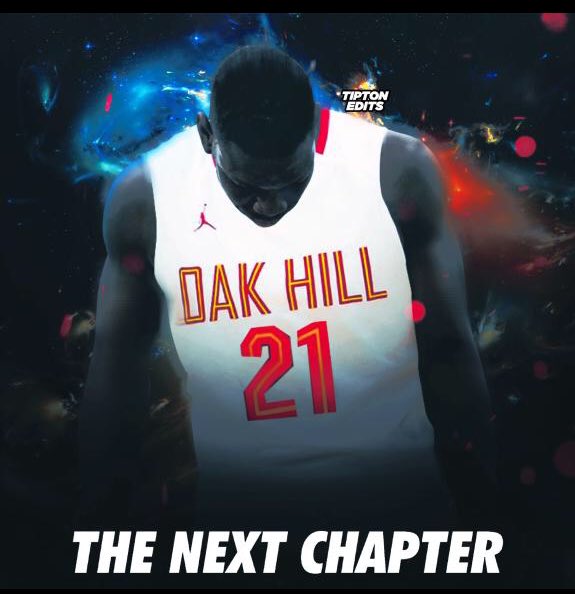 By ADAM ZAGORIA Kofi Cockburn, the 6-foot-11 big man from the NY Rens and Christ the King High School, will become the second high-profile New York City prep star to transfer to Oak Hill Academy. A five-star prospect ranked No. 23 by ESPN.com, Cockburn announced Monday he would follow former Archbishop Molloy point guard Cole Anthony to the Virginia national powerhouse. Together, Anthony and Cockburn give legendary coach Steve Smith a potent point guard/big man combination that should once again put Oak Hill in contention for the Geico High School National Championship, which ironically is played in April at Christ the King. “Kofi is a player who can affect a game on both ends of the floor,” Smith told ZAGSBLOG. “I really like his offensive skill set with his ability to score in the post and step out, but I’m more impressed by how hard he works on defense and his desire to rebound the ball.” Cockburn also announced his final 12 schools via Andrew Slater: Cincinnati, Connecticut, Florida State, Illinois, Kansas, Kentucky, LSU, Oregon, Pittsburgh, South Carolina St. John’s and Syracuse. He recently took unofficials to St. John’s and UConn and plans to visit Illinois, Pittsburgh and Kansas before he goes home to Jamaica for a vacation next month. Anthony, ranked No. 3 by ESPN, is being courted by North Carolina, Louisville, Oregon and Georgetown, among others. Their presence at Oak Hill along with Chandler Lawson, Cam Thomas, Lynn Greer, and Tobias Rotegard ensures that a slew of high-major coaches will once again pass through Oak Hill this fall.

5⭐️Kofi Cockburn @kxng_alpha will transfer from Christ The King to Oak Hill Academy to play for @OHACoachSmith his senior year.

Anthony and Cockburn are the two highest-ranked players in the Class of 2019 and will now be absent from the New York City landscape for their senior years. They follow a recent trend of top Big Apple players leaving for prep schools or other options, including Kevin Parrom, Omari Lawrence, Jermaine Lawrence and others. Former Christ the King star Rawle Alkins also played his final year at Word of God (N.C.) due to an age issue with the CHSAA. “I want to be in a position to definitely win a national championship,” Anthony said. “That’s my high school goal. I want to win a national championship.”