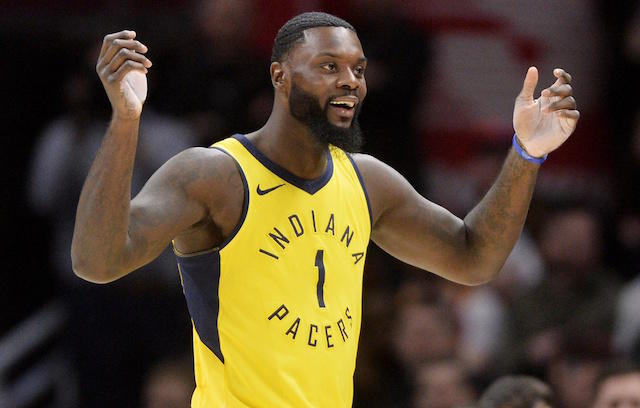 By ADAM ZAGORIA After agreeing to a blockbuster deal with LeBron James, the Lakers have agreed to sign Lance Stephenson to a one-year deal worth $4.5 million, their room mid-level exception, a league source told ZAGSBLOG. Yahoo! Sports first reported the deal. James and Stephenson have a history, of course, most notably represented by this incident in which Lance blew in LeBron’s ear during a playoff game in 2014.

The Lakers also added JaVale McGee and Kentavious Caldwell-Pope, per reports. Stephenson, 27, averaged 9.2 points and 5.2 rebounds last season in Indiana, which parted ways with him following the season. In 2010, Indiana drafted the 6-foot-5 former Brooklyn Lincoln High School star in the second round after and one-and-done season at Cincinnati. He played for the Pacers from 2010-14 but then rejected a five-year, $44 million contract offer, opting to test the open market. In July 2014, he landed with the Charlotte Hornets on a three-year, $27-million deal and then bounced around the league, spending time with the Clippers, Grizzlies, Pelicans and Timberwolves. The Pelicans released him in November to sign Archie Goodwin after Stephenson suffered a groin injury. Stephenson reunited with the Pacers last season. Stephenson has averaged 8.8 points, 4.3 rebounds and 3.0 assists throughout his NBA career.