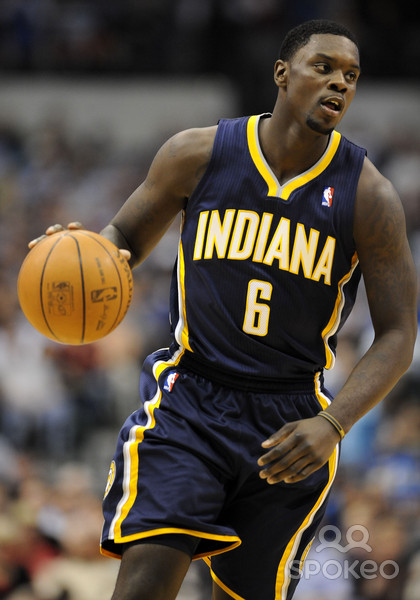 Lance Stephenson has left the Indiana Pacers, the only NBA team he has ever known, and agreed to a three-year, $27.4-million deal with the Charlotte Hornets, his agent confirmed to SNY.tv by phone Wednesday morning. “It’s basically a done deal,” Alberto Ebanks said. The Pacers initially offered the 23-year-old former Brooklyn Lincoln star a five-year deal worth $44 million but Stephenson balked, and the Dallas Mavericks had a two-year deal worth $20 million on the table before they signed Chandler Parsons. Stephenson will make $1.36 million more in Year 1 with Charlotte than he would’ve in Indiana, $787,000 more in Year 2 and $619,000 more in Year 3. But Ebanks said the major advantage of the Charlotte deal is that it gets Stephenson — who led the NBA with five triple-doubles last year — to free agency two years quicker than the Pacers’ offer would have. “It’s not really about the numbers,” Ebanks said. “It’s about the fact that they were extremely rigid and a five-year deal for a player of Lance’s caliber is not necessarily what you’re looking for. There’s a new CBA coming out in two years and we didn’t really want to be locked in for five years unless we were getting full fair market value. “The best part of this deal, the part that I feel strong about, is that he gets to re-enter free agency two years earlier and that’s huge.” He added: “It shows that Lance is betting on himself, not against himself.” Ebanks said Charlotte owner Michael Jordan also played “a major role” in Stephenson’s decision. “You’re sitting in a room and Michael Jordan is sharing his vision of what he thinks you can do for his organization, and you are a player that sees yourself as a player that has a very high ceiling and being able to compete at the very highest levels as a competitor and you realize that your vision is aligned with that of Michael Jordan,” Ebanks said. “Your vision is a good vision.” Stephenson had his best year this season, leading the NBA with five triple-doubles and averaging 13.8 points, 7.2 rebounds and 4.6 assists, putting him in the mix for the All-Star Game. Yet after making headlines in a Game 5 of the Pacers-Heat series by blowing into LeBron James’s ear, Stephenson drew James’s ire in Game 6 by touching James on the face, causing an angry James to verbally chastise Stephenson. Stephenson later fouled Miami guard Norris Cole by smacking him in the face as Cole went for a loose ball. After the game, James and Stephenson exchanged a hug as the Heat moved on to their fourth straight NBA Finals, eliminating Stephenson and the Pacers for the third straight season. Stephenson, who has played in 38 playoff games the past two seasons and competed in two Eastern Conference finals, now joins a Charlotte team that features Al Jefferson and several young players in Kemba Walker and Michael Kidd-Gilchrist. “I think he can go there and help that club and help them go further,” Ebanks said. Follow Adam Zagoria on Twitter And like ZAGS on Facebook