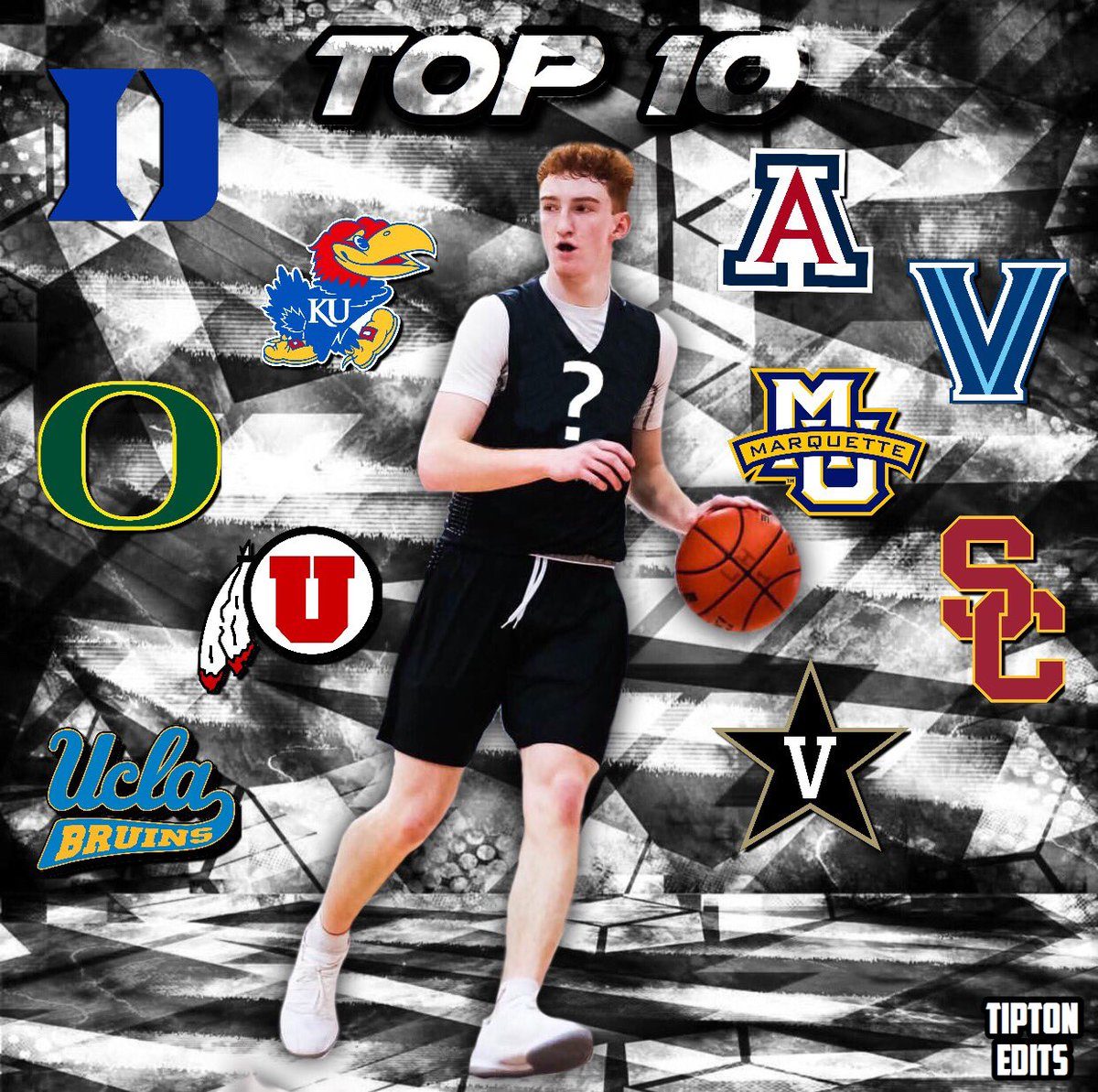 By JACOB POLACHECK Nico Mannion, the 6-foot-3 point guard from Pinnacle (AZ) High School, named his top ten schools on Monday via Twitter. Kansas, Duke, Oregon, Arizona, Utah, Villanova, Marquette, USC, UCLA, and Vanderbilt were the schools to make the cut. Mannion told ZAGSBLOG in April that he was planning on reclassifying to the Class of 2019. “I’m actually thinking about reclassing to 2019,” said Mannion. “I’m going to take college credits this summer so I have the option if I want to.” According to 247Sports, Mannion is ranked as the No. 23 overall player in the Class of 2020 and the No. 2 player from the state of Arizona. “I don’t know if I want to play my senior year in Arizona, it might get boring,” he said of attending Pinnacle High there. “If I’m ready after my junior year, there’s no reason to stay in high school.” Yet because Mannion is still in the sophomore class, colleges cannot contact him directly until June 15. Still, he said “they all know it’s a possibility” that he could reclass. Mannion took an unofficial visit to Arizona last month (May 30) and will also take visits to Duke, Oregon, and Villanova. After declining an offer with USA Basketball, Mannion is currently in Italy, where he will practice from June 10-15 in Rome at the Olympic Training Center with the national team. The team will then conduct workouts from June 20-27 in Triesta, before playing in the first of two World Cup games on June 29 against Croatia. It will play another World Cup game on July 1 against Holland. Follow Jacob on Twitter Follow Adam Zagoria on Twitter