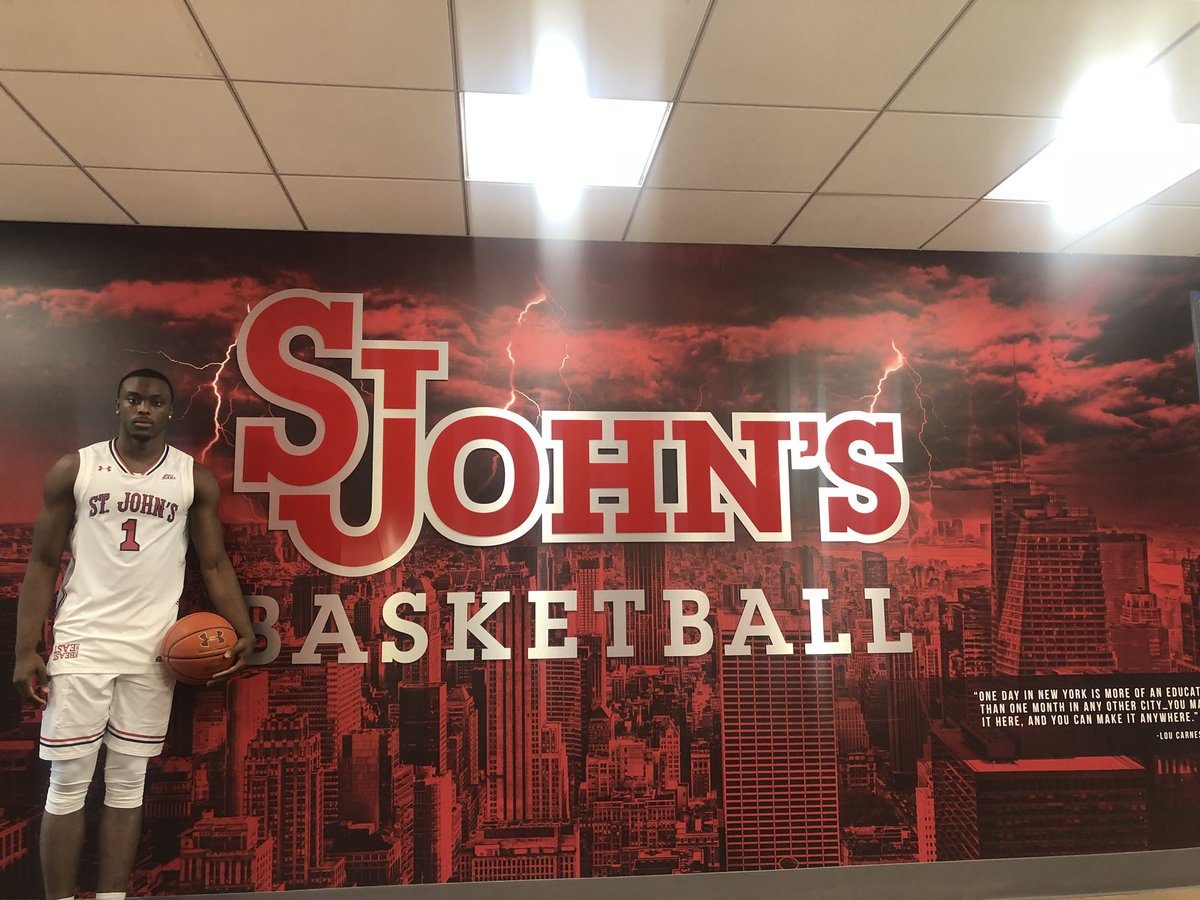 By ADAM ZAGORIA That didn’t take long. Transferring Auburn guard Mustapha Heron committed to St. John’s during his official visit on Thursday. “The location is perfect for when I need to get home and see my mom and my goal is to come in and contribute to the team in any way possible,” Heron told ZAGSBLOG. Asked how good the team can be, he added: “We have potential to be a Top 10 team.” Heron was tentatively slated to visit Boston College and Fairfield over the weekend, but those visits won’t happen now. Instead, he will enroll in classes at St. John’s on Monday. Heron withdrew his name from the NBA Draft on Tuesday with the intentions of transferring closer to home. The 6-foot-5 Waterbury, Conn., native was looking to transfer to a school closer to his ailing mother who suffered a massive concussion, his father told ZAGSBLOG on Tuesday. He will apply for a hardship waiver to be immediately eligible for the 2018-19 season at St. John’s. Heron averaged 16.4 points and 5.3 rebounds last season as a sophomore.

“He’s a proven college player at the highest level,” Andy Borman of the New York Rens told ZAGSBLOG. “Mustapha averaged 17 [points per game] in one of the best leagues in the country. He’s a great teammate with a huge motor.”

Before committing to Auburn in August 2015, St. John’s was in Heron’s top five. “He’s a champion,” Borman said. “Won the SEC regular season title. So he knows what it takes to be successful.” If Heron gets a waiver to play this year, he will team with Shamorie Ponds, Justin Simon and Marvin Clark to form an experienced and talented core that will add transfers Sedee Keita and Mikey Dixon as well as a strong incoming recruiting class. Photo: AP Follow Jacob on Twitter Follow Adam Zagoria on Twitter

Shamorie Ponds to withdraw from NBA Draft and return to St. John's