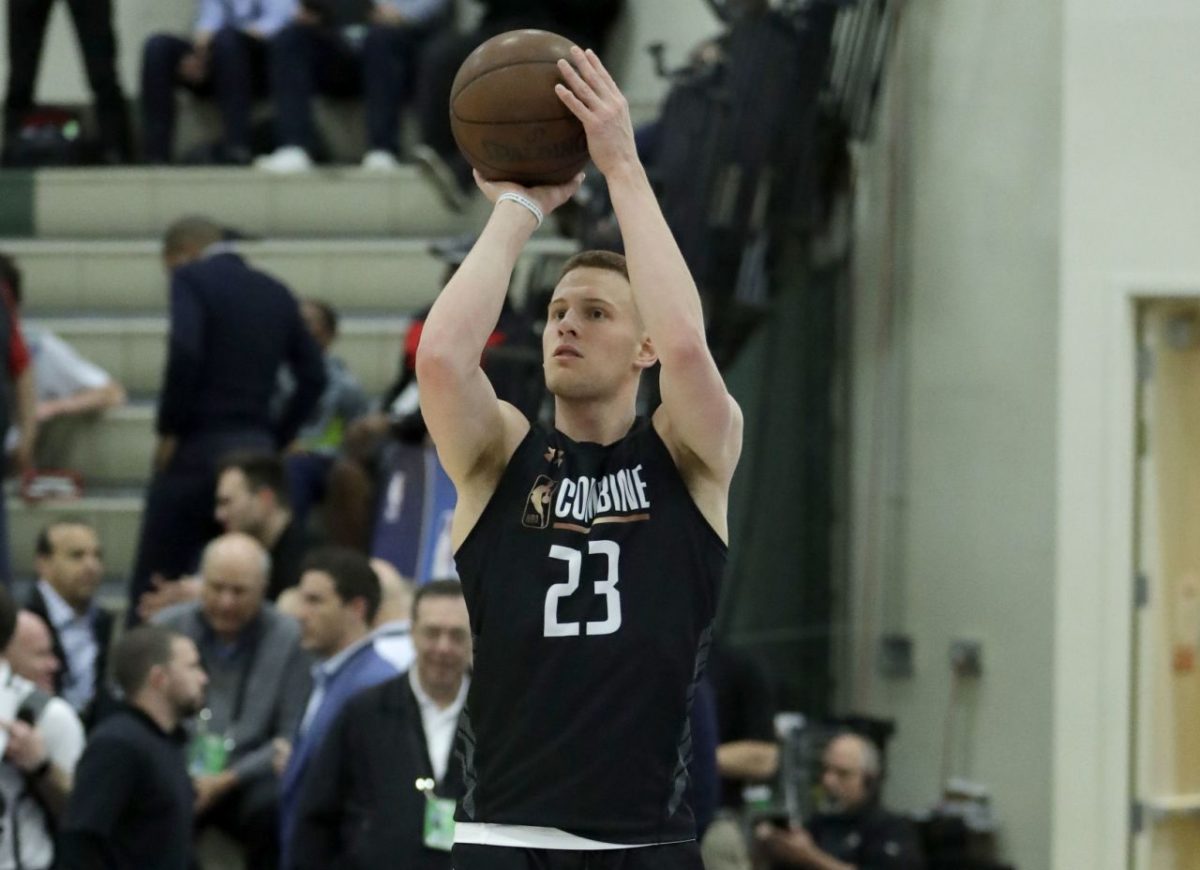 By ADAM ZAGORIA Villanova’s Donte DiVincenzo expects to remain in the NBA draft barring injury or a drastic change in his performance, according to a report from Yahoo Sports. The 6-foot-5 DiVincenzo is currently testing the NBA Draft waters without an agent, but impressed at last week’s NBA Draft Combine. DiVincenzo, the MOP of the Final Four after he went for 31 points in the NCAA championship game against Michigan, worked out for the Boston Celtics on Monday. He interviewed at the Combine with the Lakers, Magic, Timberwolves, Trail Blazers, Cavaliers, Spurs, Hawks and Grizzlies. He’s currently projected as the No. 33 pick in the June 21 NBA Draft to the Dallas Mavericks, per ESPN.com.

“I’m more than just a shooter,” DiVincenzo told Yahoo Sports. “I want to show teams that I can do more. Playing point guard is one big thing that teams want to see — if I can control the tempo, get into the offense, get shots and pocket passes.

Villanova could have as many as 4 guys drafted. pic.twitter.com/gBi0cCMGOW

Villanova now looks like it will lose at least three players from its NCAA championship team. Red-shirt junior wing Mikal Bridges is the projected No. 10 pick, and junior point guard Jalen Brunson is projected at

Redshirt freshman forward Omari Spellman is also testing the draft waters, and head coach Jay Wright said he hoped all of his players went in the first round, but would advise them to return to campus if they’re weren’t projected that way.

“Both of them are really confident guys and they love a challenge,” Wright told ESPN. “My personal advice is, you’re young, you got a chance to come back and make yourself a first-round pick. It’s more how those guys want to enter their pro careers. Do they want to do it as first-round choices or do they want to fight their way as second-round picks?”