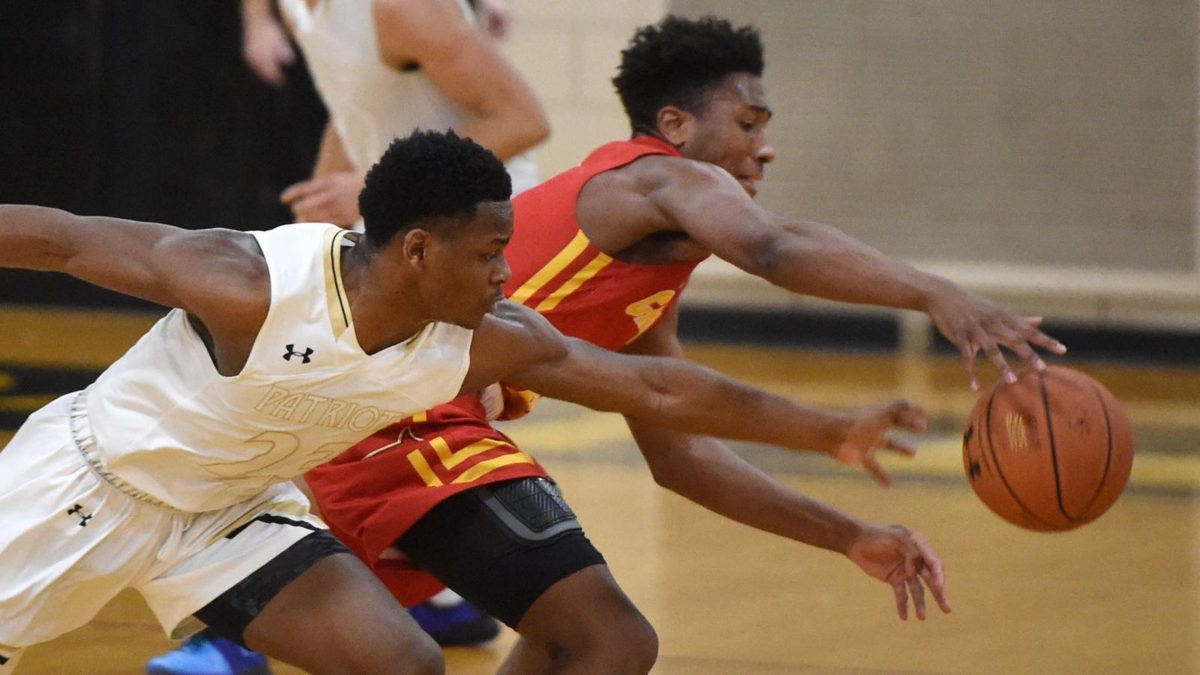 By ADAM ZAGORIA Dan Hurley has landed his first two commitments at UConn. And both are players he and his staff are very familiar with. Brendan Adams, the 6-foot-4 point guard from Calvert Hall (MD), who initially committed to Hurley at Rhode Island, verbally committed to UConn on Sunday morning during his visit there. Later Sunday, Tarin Smith, the 6-3 Duquesne graduate transfer who averaged 12.4 points, 3.2 assists and 3.0 rebounds per game last season, pledged to the Huskies. He will be immediately eligible.

Adams is the younger brother of former St. Bonaventure guard Jaylen Adams. Xavier and Seton Hall were reportedly also involved. Adams is a three-star player ranked No. 139 nationally in the Rivals150 for the 2018 class. He averaged 18 points, four rebounds and three assists per game in his senior season. “It was really just the rich history and tradition that that program has,” Adams told Rivals.com. “I already had a relationship with most of the coaches that were recruiting me from my first recruiting process, so there was no new relationship forming.” Smith played for Bob Hurley Sr. at St. Anthony’s High School and also spent a year at Nebraska when current UConn assistant Kenya Hunter was on staff. “I just think it’s a great fit, from my relationship with the coaches to the style of play,” Smith said by phone.  “I just think the brand of UConn is something I’m really excited about.” He is the first former St. Anthony’s player to ever play for Dan or Bobby Hurley (Arizona State). “Yeah, I’m the first to play for Senior and then play for one of his sons,” said Smith, 22. “Playing for Bob Sr. taught me a lot of things. It definitely made me grow up faster, it made me a lot more mature. You definitely learn at a higher rate than most high school players and then you can translate it to college. And I’m hoping to learn the same from Danny. They’re both great coaches who do different things well so I’m just excited to keep learning from them.” Dan Hurley’s Rhode Island team was deep with talented guards, and he’s now building the same type of team at UConn with Jalen Adams and Alterique Gilbert on the roster and the additions of Adams and Smith. “I think I just bring a ball-handling guard to the team that can make a lot of plays,” Smith said. “I’m athletic and can defend and can impact the game in a lot of ways.” Smith said he watched Adams play and is excited for what he brings. “We didn’t play but I know he’s an athletic guy, a young kid who’s extremely talented,” Smith said. “He’s a really good shooter and he has a good head on him.” UConn is also hosting transfer Kassoum Yakwe (St. John’s) this weekend. “Yeah, yeah, we’re working on Kassoum,” Smith said. “He didn’t commit but we’re working on him all weekend.” These two additions give UConn 12 scholarship players for next season. Sources said UConn is looking to add a mix of graduate transfers, who are the college equivalent of expiring contracts, and high school seniors.   **To read about Dan Hurley’s recruiting skills, read this. **For more on Hurley’s journey from St. Benedict’s Prep to UConn, click here. Photo: Baltimore Sun Media Group
Follow Adam Zagoria on Twitter
And Like ZAGS on Facebook