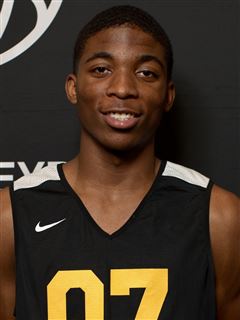 By JACOB POLACHECK Dekeyvan Tandy, the 6-foot-2 guard from University Heights (KY) Academy, told ZAGSBLOG Saturday that he has in-home visits planned with Tennessee (Apr. 16), Oklahoma (Apr. 17), and Cincinnati (Apr. 18). He broke down each school:

Tennessee: “Rick Barnes is a point guard coach. I want to go to a program where the coach will teach me the game and how to be a point guard. Tennessee is a good program and somewhere that I’d like to go to.”

Cincinnati: “I like them because they plan hard and play on both ends of the floor. They’re also well coached.

Oklahoma: “This year wasn’t their best year but they had a future lottery pick. They play both offense and defense hard. They had a rough year, but they play both ends of the floor. They’re coached hard and they play hard.”

Kansas State: “They let their point guards play the game. They’ve been talking to me about visiting the school. They’re trying to plan a visit but I don’t know when.”

Iowa State: “They recently visited me last Thursday. They talked about getting me on campus.”

According to 247Sports, Tandy is ranked as the No. 150 overall player in the Class of 2019 and the No. 2 player from the state of Kentucky. He broke down his game for ZAGSBLOG on Saturday: “I would describe my game as a big point guard, who can shoot the ball,” he said. “I can get my teammates involved and get in the paint any time I want to. I break the defense down and find the open man. I can score in multiple varieties and help my teammates in many ways.” Follow Jacob on Twitter Follow Adam Zagoria on Twitter