Villanova backed off on Eric Paschall out of high school, but didn't miss the second time around | Zagsblog
Follow @adamzagoria

Villanova backed off on Eric Paschall out of high school, but didn’t miss the second time around 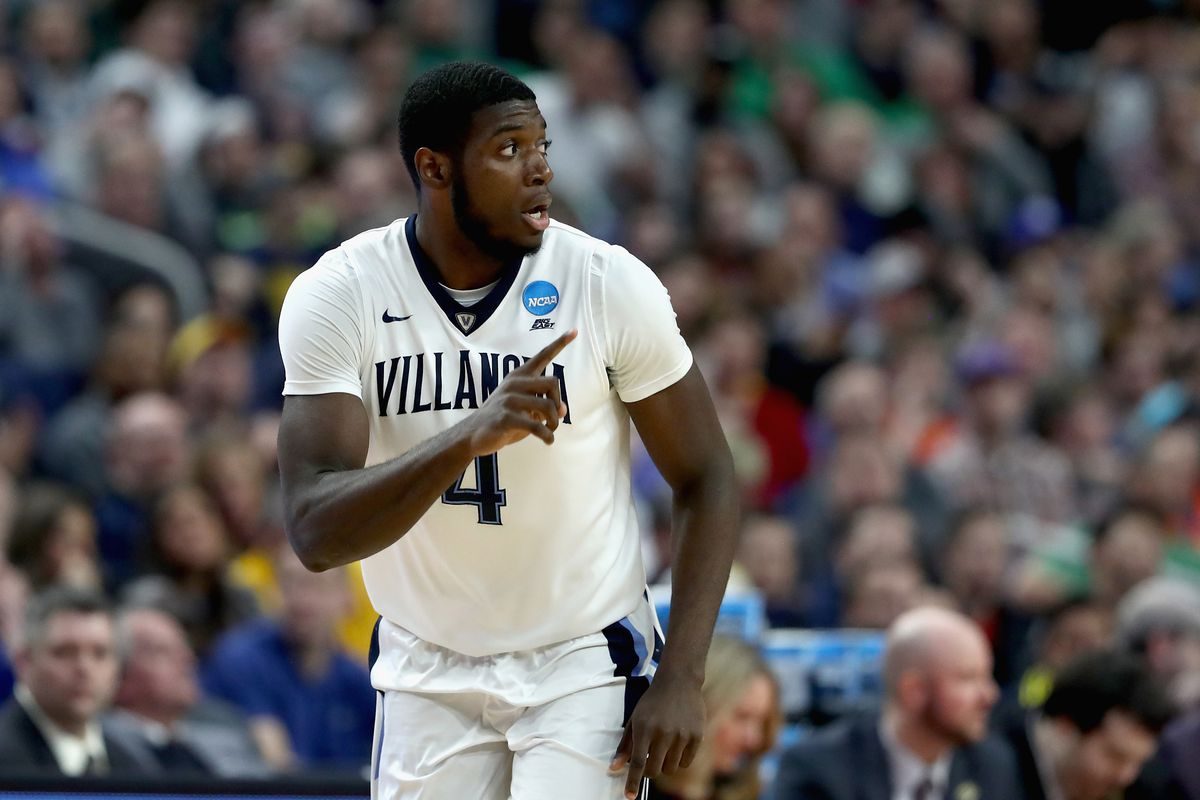 By ADAM ZAGORIA SAN ANTONIO — By the time Villanova began recruiting Eric Paschall out of Dobbs Ferry (N.Y.) High School, Fordham was already in too deep. Then-head coach Tom Pecora and assistant Tom Parrotta got in early and Paschall committed as a 16-year-old junior. “[Villanova] was always a school that I always wanted to go to,” the 6-foot-9 red-shirt sophomore said here Sunday on the eve of the national championship game against Michigan. “Growing up I saw Villanova play. It’s close to home. It was just at that point when they started recruiting me, it was like two days before I committed to Fordham.” Paschall went on to win Atlantic 10 Rookie of the Year honors at Fordham as a freshman, but Pecora was fired in March 2015. Paschall was at his girlfriend’s house when he got the news. “It was just a weird day,” he said. “I got a text from my mom saying, ‘Did you see what happened?'” Paschall then checked his Fordham email and saw official notification that Pecora had been let go. “So I called my parents immediately,” Paschall said. At that point, Villanova seemed like a logical move, although Paschall also considered Providence, Florida and Kansas. He took an official to Florida to check it out. But Wildcats head coach Jay Wright essentially got Pecora’s blessing to recruit him. “Tom said Eric wanted me to call [him],” Wright said. Wright felt like his staff might have missed out on Paschall the first time around, but because he and Pecora were close — Pecora has been an assistant under Wright at Hofstra — Villanova let it go. “It was one of those things that we were thinking if we could really put a push here we might get him from Fordham, but we thought you know what, Tom knows he wants him and he loves Tom,” Wright said. “And so we backed off.” Given a second chance, Villanova didn’t miss and Paschall chose the school that had come in late the first time round. “I definitely wanted to go there,” Paschall said. “During that transfer process it’s definitely like one of those schools that you looked at again. I mean, you have the opportunity to go there again and I took the opportunity. I just felt like it was a great program.” The move has paid off big-time for both parties. Paschall went for a season-high 24 points, hitting 4-of-5 from beyond the arc, when Villanova crushed Kansas, 95-79, in the national semifinals on Saturday night. It wasn’t the first time he’s come up big this March. He went for 12 points and 14 rebounds in the Elite Eight win over Texas Tech. And in the Big East Tournament final against Providence, he had 7 points and 13 rebounds. Paschall sometimes gets overlooked on a team that also features offensive stalwarts Jalen Brunson, Mikal Bridges and Omari Spellman. “He is the third or fourth option sometimes,” Wright said Saturday night. “And it’s helping him in games like this. But he’s going to be really good when he’s the go-to guy, too. And there are times when we know people are taking away the other guys and he’s a go-to-guy for us.” After missing out on him the first time around, Villanova didn’t miss the second time. Photo: VU Hoops Follow Adam Zagoria on Twitter And like ZAGS on Facebook