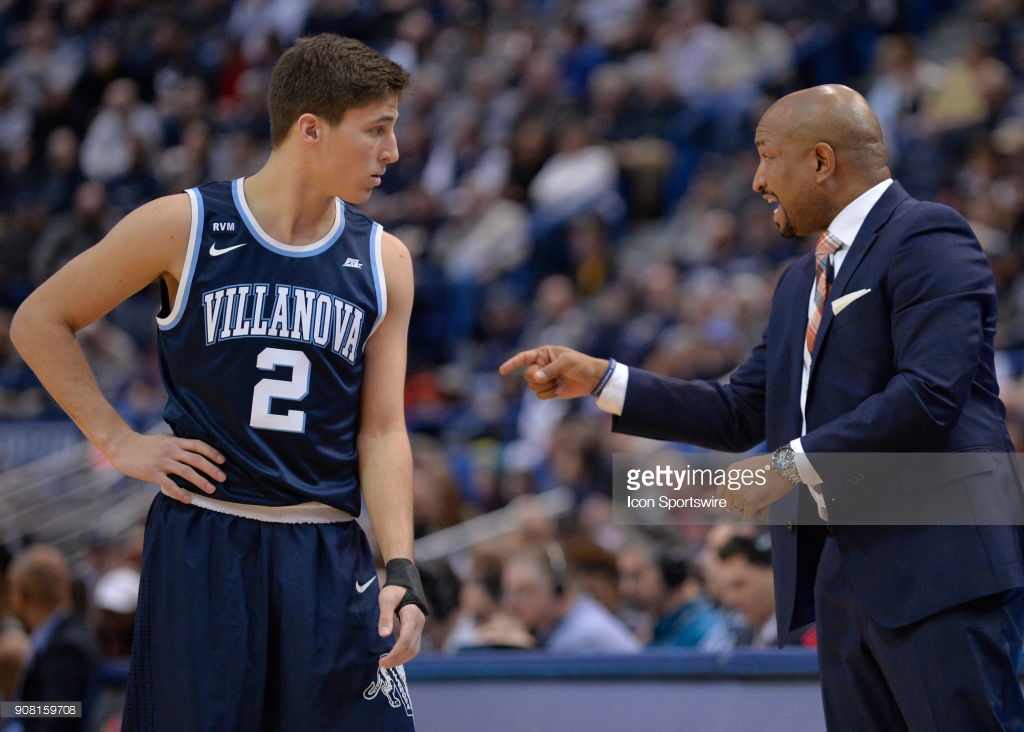 By ADAM ZAGORIA SAN ANTONIO — It’s possible that Monday night could be the last time Ashley Howard coaches for Villanova. The Villanova assistant has been linked to head coaching openings, including the one at La Salle created when the school parted ways with Dr. John Giannini. ESPN analyst Tim Legler is among the others linked to the La Salle opening. Howard, who played at Drexel from 1999-2002, is in his fifth season with Villanova. During that time, the team won four straight Big East regular-season titles, three Big East Tournament titles and is seeking its second NCAA championship in three years. “I think Ashley is definitely ready,” Villanova head coach Jay Wright said here Sunday when I asked about Howard. “He’s bright. He is a basketball lifer. He’s an outstanding recruiter, he’s a very good X-and-O guy. Great teacher on the court. And a really good man, the kind of person you like to have lead your program and be a representative of your university.” Follow Adam Zagoria on Twitter And like ZAGS on Facebook

Villanova backed off on Eric Paschall out of high school, but didn't miss the second time around