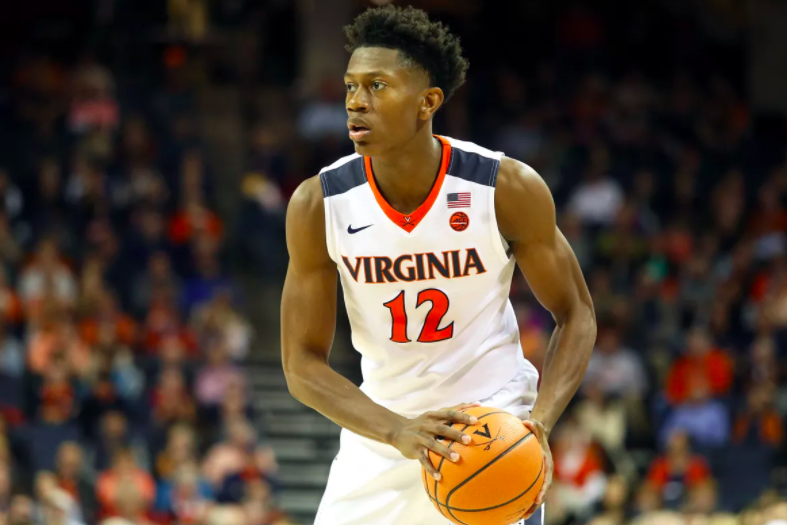 By SEAN BOCK Virginia freshman forward and ACC Sixth Man of the Year De’Andre Hunter has been ruled out of the NCAA Tournament with a broken wrist, Tony Bennett announced on Tuesday. Hunter averaged 9.2 points and 3.5 rebounds in 33 games for the top-ranked Cavaliers. He reached double figures in 16 games and was Virginia’s leading scorer in six contests. Hunter was also named to the All-ACC Freshman Team. No. 1 overall seed Virginia (31-2) plays No. 16 seed UMBC (24-10) in the first round of the NCAA Tournament on Friday, March 16 in Charlotte, N.C. Tipoff at Spectrum Center is set for 9:20 p.m on TNT. Photo: Getty Images
Follow Sean on Twitter
Follow Adam Zagoria on Twitter
And Like ZAGS on Facebook