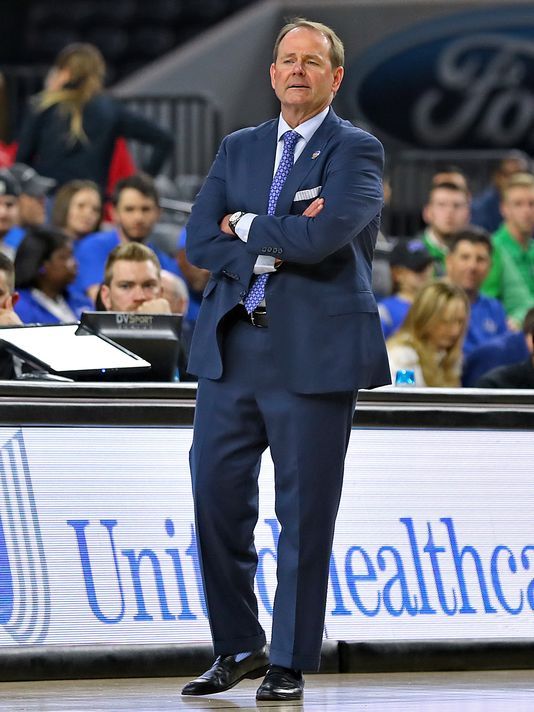 Ole Miss is on the verge of landing its man. Kermit Davis, currently in charge at Middle Tennessee State, is expected to be named the next head coach at Ole Miss. ESPN’s Jeff Goodman has reported that the hiring should be made official sometime this week. The 58-year-old Davis has been in his current role for the last 16 seasons. Under his watch, the Blue Raiders have qualified for the NCAA Tournament three times in the last six years, scoring a pair of upset victories over Big Ten programs each of the last two springs (2-seed Michigan State in 2016; 5-seed Minnesota in 2017). Middle Tennessee was left out of this year’s field despite a gaudy 25-7 record and Conference USA regular season title following a premature exit in the league tournament to Southern Miss. Davis will take over for Andy Kennedy, who was going to be ousted by Ole Miss at season’s end regardless but resigned during the year anyway. Kennedy led the Rebels to a pair of NCAA Tournament during his 12-season reign in Oxford. Ole Miss went 12-20 this season, its most losses since the 1975-76 season. Davis’ ties to the SEC include playing at Mississippi State as well as serving as an associate head coach at LSU for five seasons under John Brady. Photo: MTSU Athletics Follow Mike on Twitter Follow Adam Zagoria on Twitter And like ZAGS on Facebook