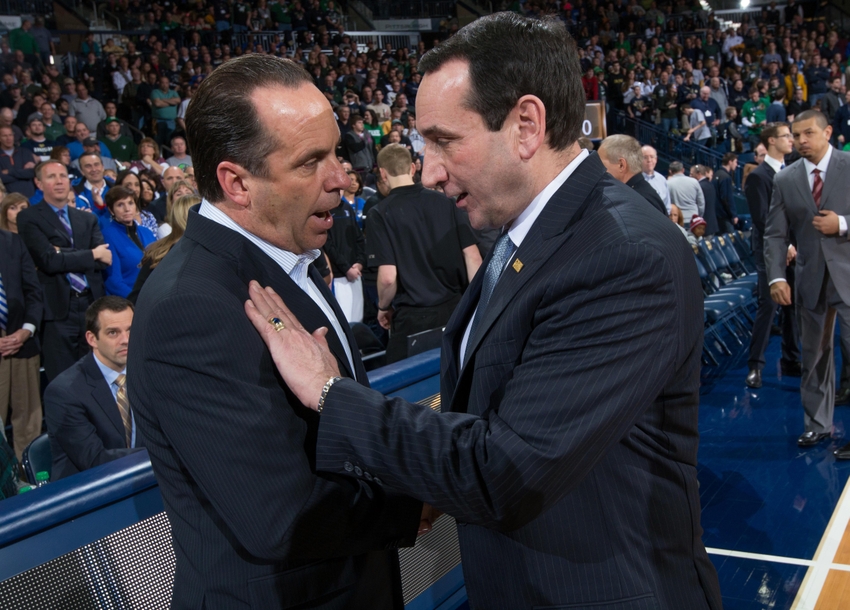 By ADAM ZAGORIA NEW YORK — If Notre Dame misses out the NCAA Tournament on Selection Sunday, Irish coach Mike Brey has made his peace with that. “We’re prepared to go wherever they send us,” Brey said after the Irish absorbed an 88-70 beatdown at the hands of Marvin Bagley III and Duke in the ACC Tournament quarterfinals at Barclays Center. “If it’s the NIT, we’d be honored…None of these guys have played in the Garden.” Notre Dame entered the day among Joe Lunardi’s “First Four Out.” They beat Pittsburgh and Virginia Tech here, but simply couldn’t handle Bagley III, who went for 33 points and 17 rebounds, or Grayson Allen, who notched 23 points while making 5-of-6 from beyond the arc. Bonzie Colson, still finding his groove after returning recently from a foot injury, finished with 18 points and 9 rebound for the Irish (20-14) “I hope they get in because they can beat anybody,” said Duke coach Mike Krzyzewski, whose club will face the Miami/North Carolina winner in Friday’s semifinals. “If they get in, they’re going to beat people and they’ll have a chance. “I don’t know how that bubble works but they’re very good. And we had to play well to beat them.” Follow Adam Zagoria on Twitter And like ZAGS on Facebook