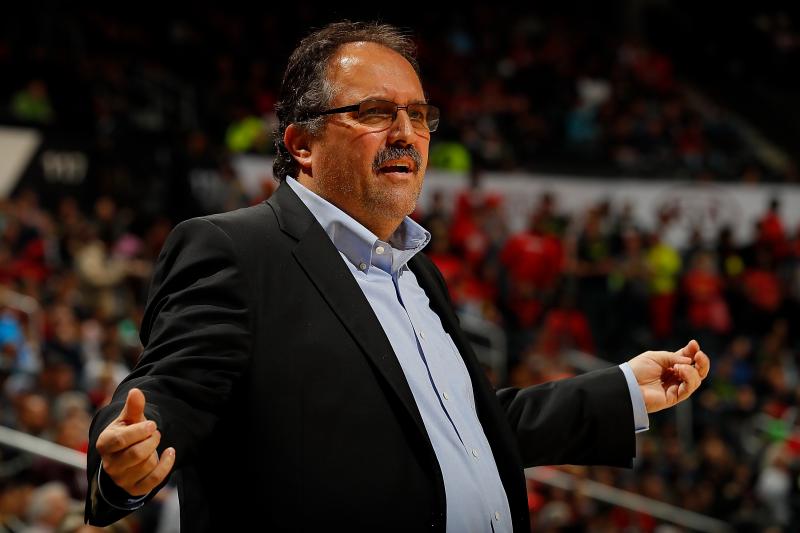 Detroit Pistons coach Stan Van Gundy is the latest high-profile coach to rip the NCAA over the college basketball scandal which hovers over the sport just as March Madness is set to begin. “The NCAA is one of the worst organizations — maybe the worst organization — in sports,” Van Gundy, a former college coach at Wisconsin, where he worked with embattled Arizona coach Sean Miller, said Sunday, per The Detroit Free Press. “They certainly don’t care about the athlete. They’re going to act like they’re appalled by all these things going on in college basketball. Please, it’s ridiculous and it’s all coming down on the coaches.” Van Gundy made his comments the same day Michigan State star Miles Bridges was cleared by the school of any wrongdoing after he was among the names listed in the Yahoo report for receiving money from agent Andy Miller. Bridges and the Spartans are the No. 1 seed in the Big Ten Tournament and will begin play Friday at Madison Square Garden. Van Gundy also blistered the NBA in regards to the one-and-done rule, calling it “racist.”

“People that were against (players) coming out (of high school) made a lot of excuses, but I think a lot of it was racist. I’ve never heard anybody go up in arms about (minor-league baseball or hockey),” Van Gundy said. “They are not making big money and they’re white kids primarily and nobody has a problem.”

“But all of a sudden you’ve got a black kid that wants to come out of high school and make millions. That’s a bad decision, but bypassing college to go play for $800 a month in minor-league baseball? That’s a fine decision? What the hell is going on?”