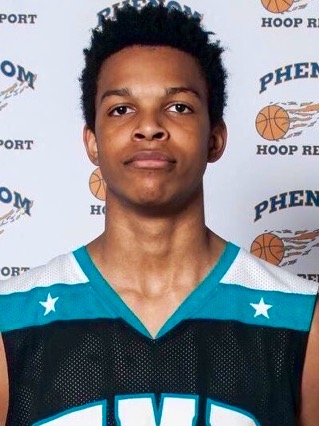 By JACOB POLACHECK Josiah James, the 6-foot-6 combo guard from Porter Gaud (SC) School, told ZAGSBLOG on Monday that South Carolina, Clemson, Virginia, Texas, and Florida are the five schools working the hardest for his recruitment. He broke down each school:

South Carolina: “That was one of my first visits as an eighth grader and as a freshman. I went up there and saw the school and everything it has to offer. The relationship I have with Coach [Frank] Martin and his staff. They’re great coaches. They’re always coming down every chance they get to see me play. They came to all my games at the Chick-Fil-A Classic this year. What Coach Martin is really telling me is that I resemble PJ Dozier. When I saw Dozier play there, I liked what he was doing in their system.”

Clemson: It’s the place that I’ve probably visited the most. Coach [Brad] Brownell and his staff are great, just like South Carolina. They want me to come in freshman year and have a large role with playing time, doing the dirty work. That’s something that I’d really look forward to.”

Virginia: “Coach [Tony] Bennett loves my ability to play defense. He definitely thinks I could fit in well with his system.”

Texas: “With Coach [Shaka] Smart, he’s just a great guy. I love talking to coach Smart. They want me to come in and have a big impact right away.”

Florida: “Coach [Mike] White and the staff also expect and want me to have a big impact right away.”

According to 247Sports, James is ranked as the No. 29 overall player in the Class of 2019 and the No. 2 player from the state of South Carolina. In addition to the five schools recruiting him the hardest, James also mentioned Michigan State as a school beginning to get involved in his recruitment.

“A school that’s definitely been showing me a lot of interest of late is Michigan State,” said James. “They were at my last game and Coach [Tom] Izzo is coming down later this week. It was great to receive an offer from them because that’s my dad’s alma mater and that would be great for my family.

“That’s really the only school,” said James on the Spartans. “If I don’t receive any more offers, I’m not gonna complain about it. I’m fine right where I am. I’m just gonna keep working on me.”

In terms of a timetable for his decision, James says he doesn’t want to commit soon, but will likely commit before the start of his senior season. “I want to get through this next season and AAU,” he said. “After that, I’ll sit down with my family and coaches and think everything through. It will definitely be before my senior season.” Despite not wanting to commit soon, James has a clear idea of what his decision will come down to, as he said, “First off, it comes down to education. I want to find a place where I can exceed on the court and in the classroom, so I can get a degree because I can’t play basketball forever.” “Another thing that is high on my list, is the relationship I have with the coaches and the coaching staff,” said James. “I don’t want to go to college and stay the same that I am right now. I want to get better each and every day. I’m going to need coaches, who are going to be honest with me through constructive criticism. Those are probably the two main things.” James’ recruitment has blown up this season, as he is in the midst of a very impressive junior year. He described his game for those who have yet to see him play. “I’m a tall point guard, who likes to pass first and get my teammates open,” said James. “I can score when I need to and if the offense is getting stagnant, I can get to the basket. I like to always stay in attack mode to either score for myself or get an opening for my teammates. I have a pretty long wingspan, so at the point guard position, I’m able to defend very well. I can defend positions 1-4 and even five in some cases.” Follow Jacob on Twitter Follow Adam Zagoria on Twitter And Like ZAGS on Facebook