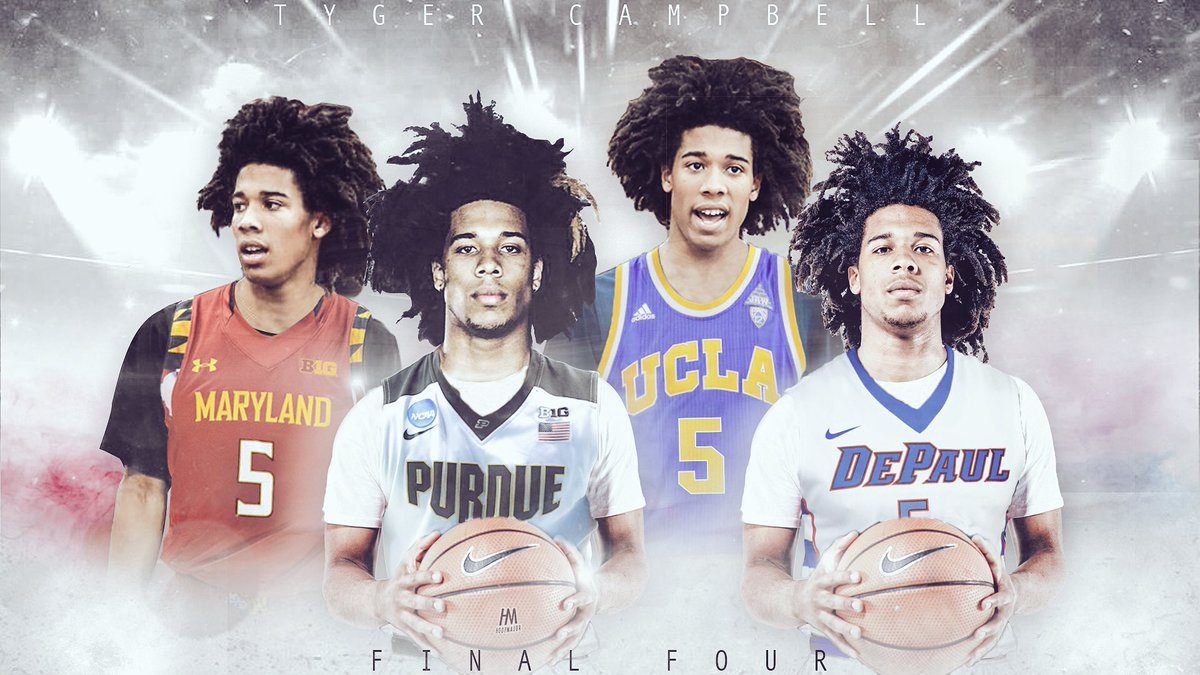 By JACOB POLACHECK & ADAM ZAGORIA Tyger Campbell, the 6-foot point guard from La Lumiere (IN) School, remains publicly uncommitted following his initial announcement date of Feb. 1. He originally told MADE Hoops he would announce on Thursday. Campbell, who de-committed from DePaul last September, named UCLA, Purdue, Maryland, and DePaul as his final four schools via Twitter. According to 247Sports, Campbell is ranked as the No. 72 overall player in the Class of 2018 and the No. 2 player from the state of Indiana. He has taken official visits to Purdue (Oct. 21), DePaul (Nov. 10), Maryland (Jan. 7), and most recently, UCLA (Jan. 27). He spoke with MADE Hoops about his recent UCLA visit. “Coach [Steve] Alford and the staff have been nothing short of amazing in my recruitment,” said Campbell. “They came in a little later in the process, but they told me if I came to UCLA I would be playing in a power five conference and be on television every game of the season. I also of course love the amazing California weather.” He also broke down the other three schools involved in his recruitment: DePaul: “I really like Coach [Dave] Leitao and I’ve fallen in love with the city of Chicago. The thought of helping out a program that isn’t at the top right now is just something I’ve thought about doing since I was a kid.” Purdue: “Coach [Matt] Painter has been telling me that he’s always going to be straightforward with me and not beat around the bush so just the respect I have for that man is high. Purdue’s fan base is so great and not to mention they are losing a senior point guard so that definitely is a big draw for me.” Maryland: “Coach [Mark] Turgeon is a great guy and his pitch is that I can come in and play alongside another great guard Anthony Cowan. In his history of coaching he has played two small guards and been successful.” Campbell also broke down what his decision will come down to, as he said, “I’m looking for a great opportunity, I don’t quite know what that opportunity is yet, but each school that’s recruiting me has a different draw for me. “It’s just going to boil down to where my heart is at and what I’m willing to sacrifice for my decision.” Follow Jacob on Twitter Follow Adam Zagoria on Twitter And Like ZAGS on Facebook