No. 23 Seton Hall Uses Late-Game Brilliance to Edge Past No. 25 Creighton 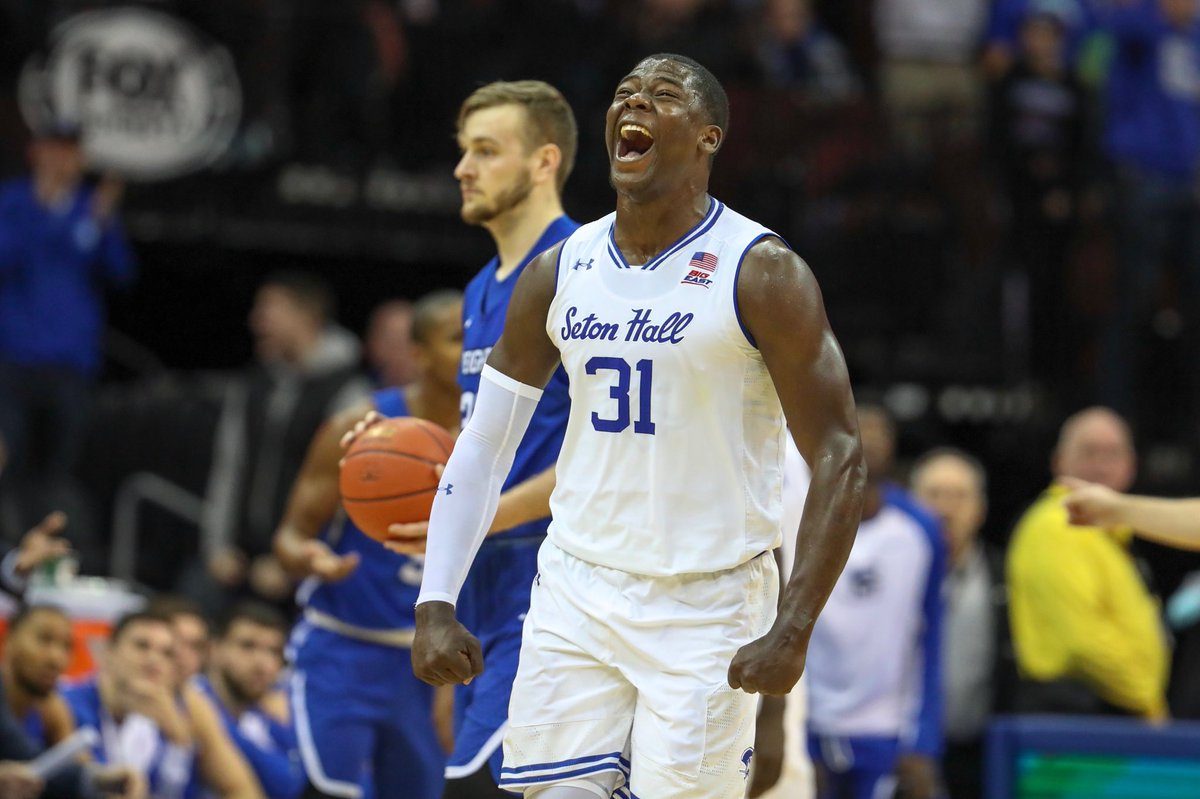 By: MIKE McCURRY With as battle-tested a core of seniors as there is nationally, No. 23 Seton Hall’s experience was the difference in a come-from-behind 90-84 victory against No. 25 Creighton. It wasn’t just the BIG EAST opener for both teams. Thursday also marked the first time since January of 2001 that a ranked Seton Hall team was facing another team with a number next to its name. The Pirates trailed by as many as 13 but ended the game on a 7-0 run for their third win over a ranked opponent this season (also Texas Tech and Louisville). They did so despite facing a one-point deficit at the 3:08 mark when one of those seniors, Angel Delgado, fouled out after posting 18 points and 14 rebounds for his 60th career double-double, extending the mark for the most among active players. With a helpless Delgado saddled to the bench, Seton Hall’s defense alas came to life at the Prudential Center. Creighton, which entering the night had a Top-10 offensive turnover rate, coughed the rock up six times over the last seven minutes, including three times with Delgado on the pine. The Pirates were able to overcome a mostly nonexistent interior defense—Creighton made 63% of its two-pointers and was getting into the paint at will—by outscoring the Blue Jays in points off turnovers, 22-9. Seton Hall also stymied Marcus Foster and Khyri Thomas in the second half, during which the star-studded duo combined for just four points on 2-of-13 shooting.

HIGHLIGHTS from yet another classic #BIGEASThoops showdown!

Desi Rodriguez led Seton Hall with 23 points, registering five steals as well. Khadeen Carrington and Myles Powell chipped in with 18 and 17 points, respectively. The unsung hero of the game was clearly Michael Nzei, who stepped up for Ismael Sanogo (who returned from suspension on Thursday) to the tune of 7 points and a career-high 14 rebounds. Creighton’s 6-foot-9 Slovenian Martin Krampelj poured in a career-high 23 points, adding 10 rebounds for his third career double-double. The redshirt sophomore made 10-of-12 two-pointers, running the floor and displaying excellent hands and a high-IQ all while going toe-to-toe with Delgado.

Martin Krampelj will not back down!

Make no mistake about it: The BIG EAST is once again a Top-3 conference in America, and that’s not even factoring in the highly-entertaining competitiveness factor. We’re two days thru league play. Already, Butler has defeated Georgetown in double-overtime, Xavier escaped at Marquette via a 91-87 final, and now this. Buckle up, because we’re just getting started. Photo: @SetonHallMBB Follow Mike on Twitter Follow Adam Zagoria on Twitter And like ZAGS on Facebook

Kevin Willard: "Jordan Walker is back"