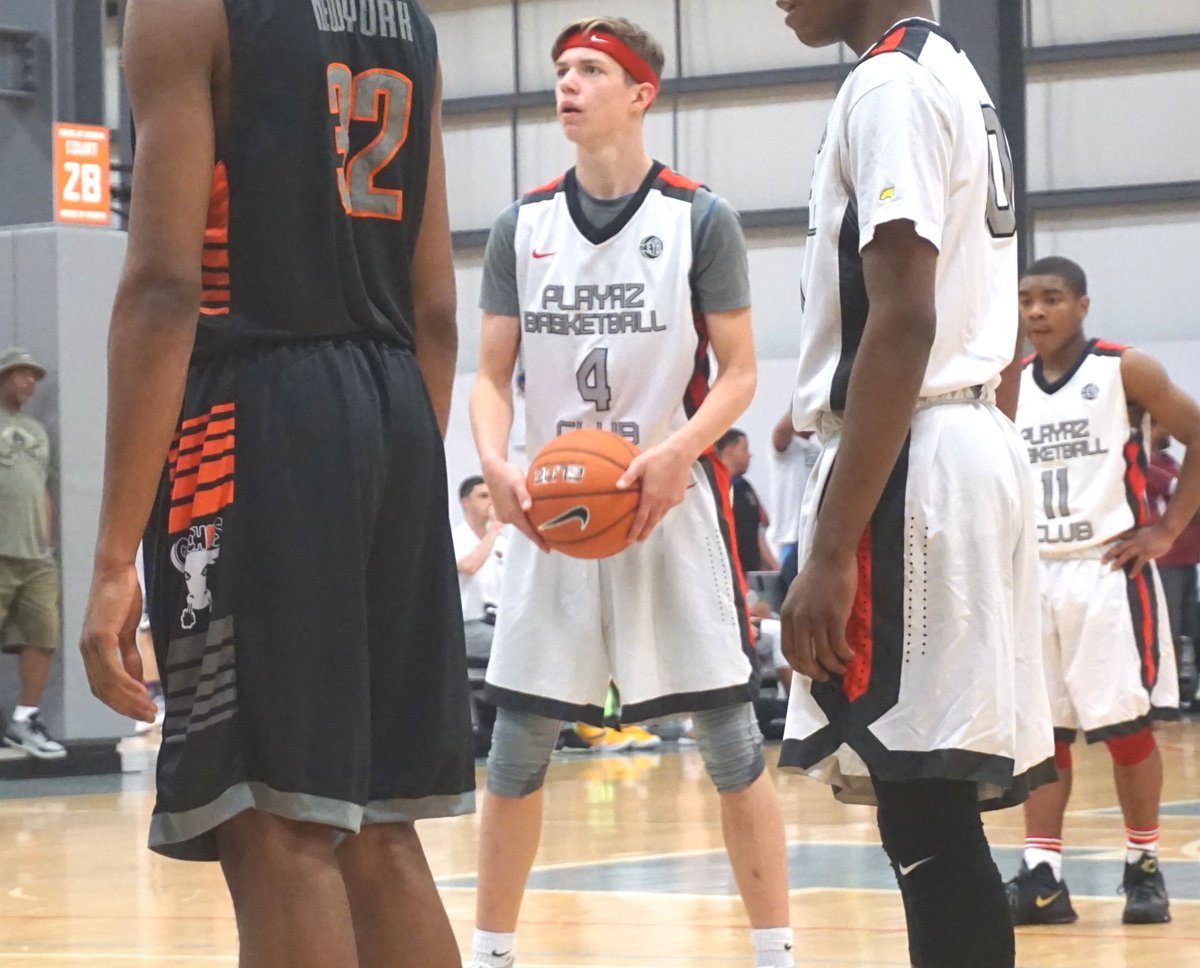 One day after Paul Mulcahy watched Rutgers and Seton Hall, they watched him. The 6-foot-5 point guard from Gill St. Bernard’s attended Rutgers’ dramatic 71-65 win over No. 15 Seton Hall at the RAC on Saturday, along with teammate Khalif Battle, a fellow Class of 2019 recruit. On Sunday, Rutgers head coach Steve Pikiell and assistant Brandin Knight, as well as Seton Hall assistant Grant Billmeier scouted Mulcahy at the Hoop Group Tip-Off event at Caldwell College. Mulcahy put on a show for those coaches, and Temple assistant Aaron McKie, going for 18 points, 7 rebounds and 6 assists in Gill’s 68-46 win over Shawnee.

As for the game atmosphere, Mulcahy said it was exciting. “It was fun,” he said of the sold-out contest. “I mean, I’ve never seen that many people at the RAC before. The game was pretty competitive. Seton Hall was up by like 13 at one point and then you could tell people started to get a little bit worried. But then once [Rutgers] started going on that run, everyone got into it. Everyone was standing the whole time.” After the game, Mulcahy went into the locker room. “I talked to Coach Pikiell, he was happy,” he said. “I talked to the whole coaching staff really. I talked to Corey Sanders a little bit.” Asked if such a win can help recruiting, Mulcahy said, “Yeah, I think so. I mean, Seton Hall didn’t have too good of a game but they are a ranked team so I think that can help their program. It’s their first legitimate good win, so I guess in some ways it can help.” Rutgers is working hard to make Mulcahy its point guard in 2019. “Just being a point guard and running the team,” he said. “Geo [Baker’s] there but he’s more of a two guard. He’s not a natural one. And then if they get the right pieces they want, they feel like they can really start making some moves in college basketball. “And Coach Pikiell’s such a good coach, you see what he’s doing already. He only really has one recruiting class there now. It’s all guys that were already there. It’s kind of along those lines, just coming in and playing the one, running the team and being the guy.” Meantime, Seton Hall is also courting Mulcahy to lead their backcourt in 2019. He visited about six weeks ago. “Same thing, they have pretty good classes coming in and their freshman class is pretty good,” he said. “[Khadeen] Carrington’s not really a point guard, either, so they do really need a point guard. They’re trying to teach I’m that role. But Myles Powell can really shoot, so I would have a legitimate scorer. Myles Cale is a borderline pro, he has his moments. And those kids that are coming in [Jared Rhoden, Anthony Nelson and Darnell Brodie], so just build around me as a point guard. Mulcahy also recently visited Temple. “They love my game, how I’m so versatile,” he said. “And I can play two different positions. They like my court vision. They say I have to work on my body and shooting the ball but they’re excited to recruit me.”   Follow Adam Zagoria on Twitter And Like ZAGS on Facebook