No. 5 Florida snaps three-game losing streak with win over No. 17 Cincinnati 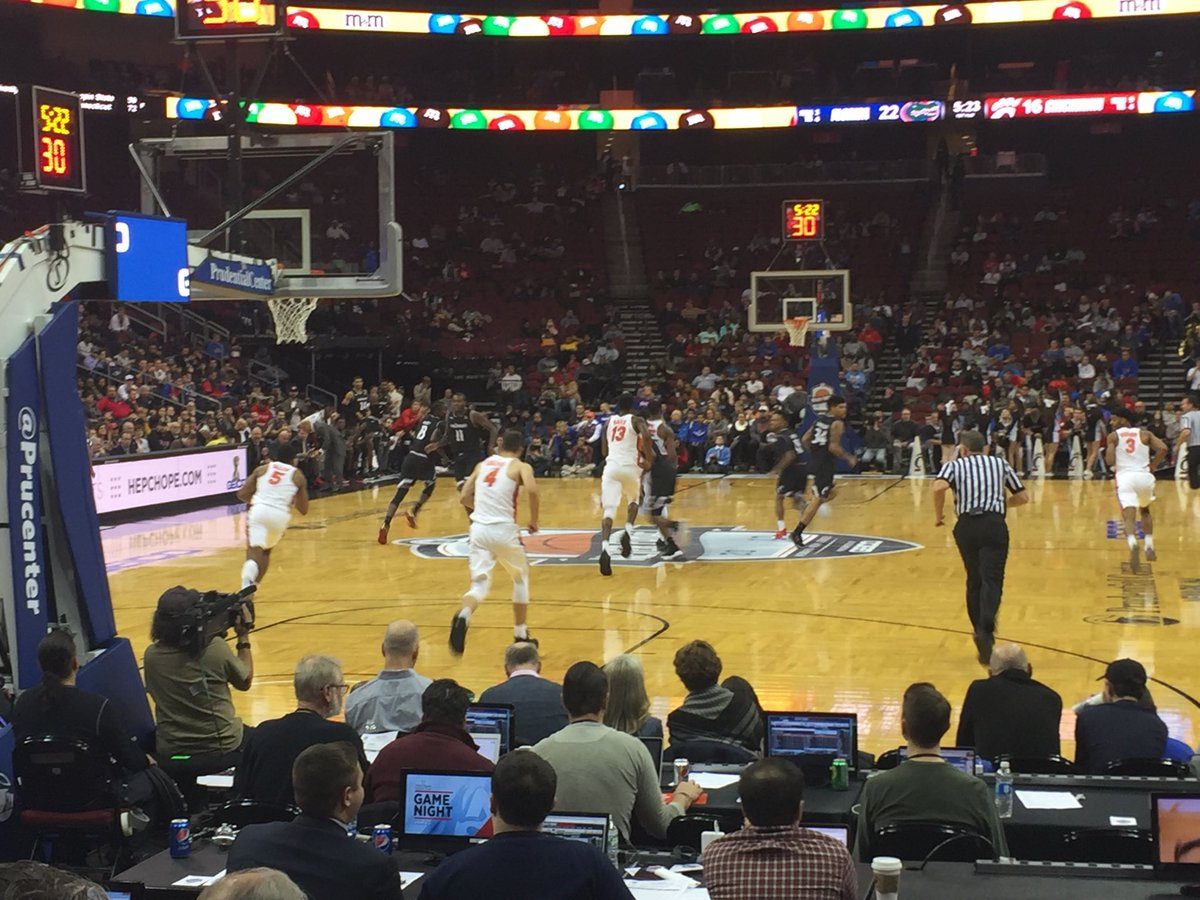 NEWARK — To say Florida was desperate for a win on Saturday would be an understatement. Entering Saturday’s game with No. 17 Cincinnati in the Never Forget Tribute Classic at the Prudential Center, the No. 5 Gators hadn’t won a game since Nov. 24 — a double-overtime epic over Gonzaga at the PK80 event. Since then they had dropped three straight — to No. 1 Duke, in-state rival Florida State and then Loyola Chicago — and were looking to avoid their first four-game losing streak since 2015-16. That likely would’ve caused Florida to drop out of the AP Poll completely, much in the same way No. 2 Arizona tumbled out after dropping three straight games in November. But Florida snapped out of its funk with a 66-60 victory over the Bearcats, who have now dropped two in a row and figure to tumble in the rankings. “Really big win for us,” Florida coach Mike White said. “Really big win against a very good team and a really, really consistent program that we have a lot of respect for. One of the toughest teams in the country in our estimation, both mentally and physically, and for my guys to have endured what they have endured over the past week, it’s been a really rough week for us to say the least, as you guys probably can imagine. Huge bounceback win for us. Very, very proud of my guys’ effort.” Egor Koulechov paced the Gators with 21 points and 7 rebounds and Jalen Hudson scored 17 points. Chris Chiozza added 13 points, 6 assists and 4 rebounds. He scored Florida’s last six points of the night on a clutch floater in the lane that put Florida up 62-60 with 1:12 remaining, two foul shots with 20.1 seconds that extended Florida’s lead to 64-60 and then a breakaway layup to ice the game. “I’m not trying to take the game over at all,” Chiozza said. “I just was trying to play for my team. And I just happened to get a lateral break out from Jalen and two free throws and layup, I just had a chance to get one. I wasn’t really looking for shots. I was just trying to make good plays and then just fell into my hands.” Cane Broome led Cincinnati with 15 points and Jacob Evans scored 13 points with 6 rebounds. The game was the second of a doubleheader that saw No. 19 Seton Hall destroy VCU, 90-67, in the first contest. “It’s been a tough week for us,” Chiozza said. “That’s no secret. We had three games this week and we were able to play pretty quickly after that tough loss. We just focused on ourselves, what we can do better, and we knew especially mental toughness, that that’s one thing, because I thought we were really soft this past week. We took a step forward today with that against a tough team.” Florida next faces Clemson Dec. 16, while Cincinnati hosts unbeaten Mississippi State Dec. 12 before visiting UCLA Dec. 16. Adam Zagoria on Twitter And like ZAGS on Facebook