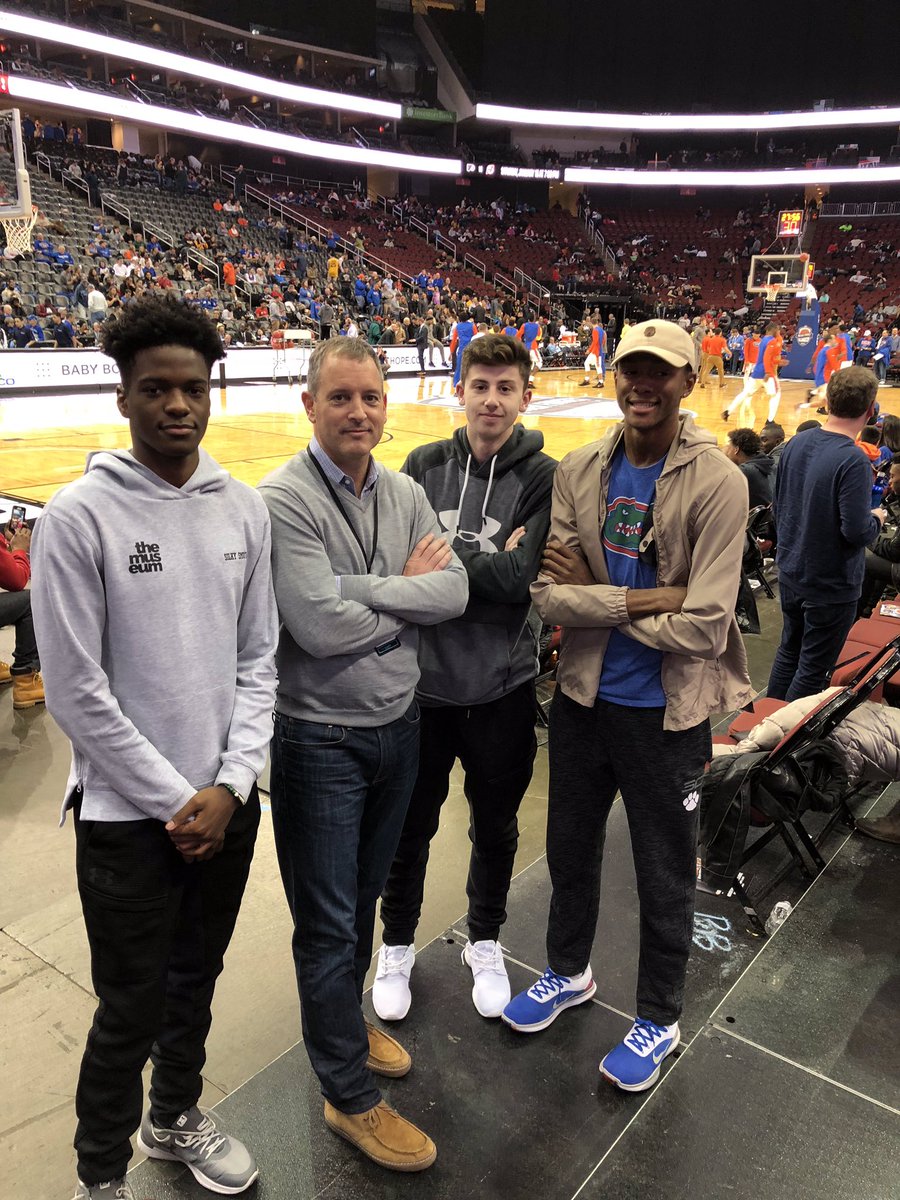 NEWARK — Several of the top prospects in the Class of 2019 attended Florida’s game with Cincinnati at the Never Forget Tribute Classic at Prudential Center. Scottie Lewis, the 6-foot-5 small forward from the Ranney (N.J.) School ranked No. 8 in the 2019 ESPN 60, attended with teammates Bryan Antoine, a 6-4 shooting guard ranked No. 12, and Alex Klatsky, a 6-2 combo guard. Their AAU coach, Mike Rice of Team Rio, also attended. Lewis wore a Gators shirt for the occasion. Florida is among the schools recruiting the players hard. They have visited the campus several times. Kentucky, Duke, St. John’s and Harvard are also among those recruiting both players, while each player is also being individually recruited by various schools. Lewis and Antoine have discussed attending the same school together.

Scottie Lewis is sporting a Gators shirt. You gotta love that if you’re a Florida fan. https://t.co/nXwIonmGuF

No. 5 Florida snaps three-game losing streak with win over No. 17 Cincinnati