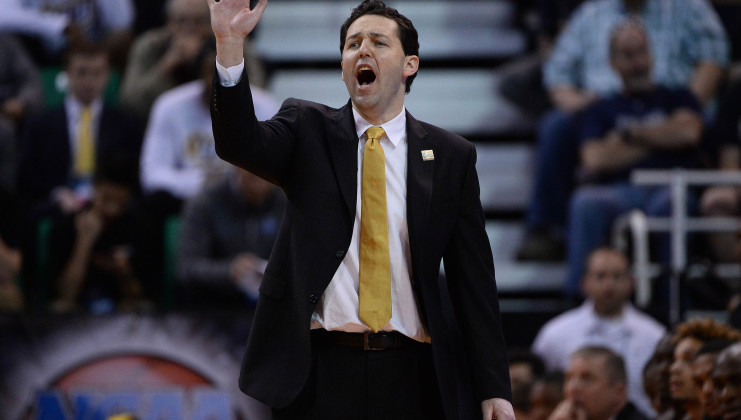 Vanderbilt coach Bryce Drew scored the biggest recruiting coup of his career last week when Darius Garland, a 6-foot-1 point guard from Brentwood Academy (TN), committed to the hometown Commodores. Ranked No. 11 in the 2018 ESPN 100, Garland chose Vanderbilt over Kentucky, Indiana and UCLA. It doesn’t get any more blue blood than that trio. “We view him as a program-changer for us,” Drew said this week on The 4 Quarters Podcast. “He’s an incredible play-maker. He scores the ball and he makes others look better out there. He’s the best passer I’ve seen on the circuit since I’ve been coaching. “Besides that, he’s got a great personality and he’s a hometown kid, so for us it’s a double grand slam.” Garland is already out recruiting other top players to join him at Vanderbilt, including 6-5 shooting guard Romeo Langford, ranked No. 5 by ESPN, and 6-9 forward Simi Shittu, ranked No. 6. Langford is down to Vanderbilt, Indiana and Kansas, while Shittu has only visited Vanderbilt officially ahead of canceling a trip to North Carolina. Both are expected to sign in the spring. “We’re off to a great start,” Drew said. “Our first signee was [small forward] Aaron Nesmith from South Carolina, who we feel is going to be a great player for us, one of the best shooters in the 2018 class. And then with Darius, we see him as the best point guard in the class. “We got two great pieces and so obviously we’re still recruiting, but I think those are two intriguing parts to hopefully attract others.”

If Vanderbilt lands Langford and/or Shittu, they would be staring at possibly having at least one one-and-done player. In the SEC, that role is usually reserved for Kentucky and its slew of one-and-dones. But Drew says Kentucky’s philosophy hasn’t impacted how he and his staff approach things. “I don’t think it makes us do one thing or another,” Drew said. “I think at Vanderbilt we’re trying to find the best fits for our university first and then finding the best basketball talent. Darius is a very unique situation with him checking all those boxes and being from Nashville. “In the future, we’re going to keep recruiting the best student-athletes for our school, and whether they’re there one, two, three, four years, hopefully they’ll have a great time and help us win a lot of games.” Follow Adam Zagoria on Twitter And Like ZAGS on Facebook