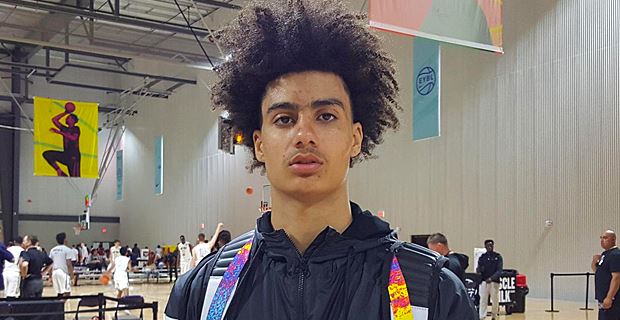 Will Richardson, the 6-foot-4 point guard from Oak Hill Academy (VA), signed with Oregon. Richardson also considered Georgia and Gonzaga. “I’m going to University of Oregon,” Richardson told Scout.com’s Evan Daniels. “The reason I picked Oregon is because I think it’s the best situation and a program that wins.” Richardson is the latest Oak Hill senior to commit, following David McCormack (Kansas), Keyontae Johnson (Florida) and Keldon Johnson (Kentucky). “Will is a tall, 6-4, Southpaw point guard who sees the floor and finds open teammates,” Oak Hill coach Steve Smith said. “He also can change speeds and get to the basket as well as knocking down threes at a high rate. As he continues to get stronger physically, he can develop into one of the top lead guards in the country.” Richardson joins Hudson (N.J.) Catholic small forward Louis King and Brewster (N.H.) Academy power forward Miles Norris in Oregon’s 2018 class. They remain in the mix for 7-2 Findlay Prep big man Bol Bol.

“We have a great recruiting class this year and it’s only going to bet better,” Richardson told Daniels. “The coaching staff told me how they would get me better, prepare me for the next level and make an impact.”